HDMI ports are magical things. What was originally on a tiny screen can be blown up and enjoyed by the entire family or a room full of friends without having to step on each other to see what’s happening.

However, it’s often the case nowadays that a monitor will have more than one HDMI port, some even have up to three or four! Why would you need that many ports? What can you do with them? And is it worth buying a monitor with several ports?

Keep reading to learn all about the beauty of multiple HDMI ports!

How many HDMI ports do I need in a monitor? 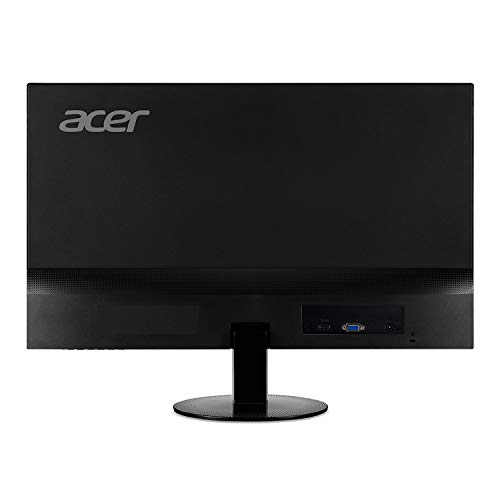 Technically, you can get away with only having one HDMI port, but it might make things inconvenient when you want to display content on different devices. The amount of HDMI ports you need depends on your lifestyle and how many devices you want to plug into your monitor (TV, projector, etc).

Having to unplug an HDMI cord to change devices is a hassle, which is why monitors began having more HDMI ports in the first place.

Why do some monitors have two HDMI ports?

The main reason monitors have two HDMI ports is so that you can switch between devices without reaching behind the monitor and fumbling with a bunch of cords. With multiple ports, you can change the input from the remote control or computer with a click of a button.

Another advantage of having two ports is that you have a backup just in case one fries or malfunctions. Replacing an entire monitor because of one tiny port is expensive and annoying, so it’s best to have several options.

If you’re on a budget, having multiple HDMI inputs means that you can keep the monitor (or any other device for longer). Some users have had the same projector for around fifteen years and have still used it because at least one of the HDMI ports has survived the years.

Essentially, two HDMI ports open your home up to being the ultimate media hotspot where you can switch from playing a movie on the projector, to your tv, to your computer, without barely having to move a muscle.

How do I use both HDMI ports on my monitor?

The HDMI ports will be labeled ‘HDMI 1’ and ‘HDMI 2’. Selecting which input you want to use will activate that port and bring up the content that’s being displayed on that device.

Can I use two HDMI ports at the same time?

Yes! You can have cables plugged into all your HDMI ports simultaneously. The catch is, you won’t be able to actually use both at the same time.

You can only have output from one HDMI port at a time, which means you’ll have to choose which device to play the content from.

Is It Worth Getting a Monitor with Multiple HDMI Ports?

We passionately believe that you always need more than one HDMI port on your monitor. It doesn’t hurt to have more, and you’ll probably find that you end up using all of them.

There are so many devices to plug into your television and computer these days, from the video game console to the Apple TV or Amazon Fire TV Stick. Trust us, the last thing you want is to run out of ports, you can always buy a switch to solve your problems, if that happens.

More and more devices are being developed that need HDMI cables, so even if you don’t have use for those ports now, we guarantee you will later. The latest Xbox generation doesn’t even come with an HDMI cable because they assume that everyone already has a million cables plugged into countless ports that they don’t need to give you an extra one.

Multiple HDMI ports ensure you’re able to switch between devices and play as many video games, TV shows, and movies as you possibly want. We love to use one port for our TV and the other one for our projector. The TV is great because it retains the fantastic quality of the original display, but we love the projector because it blows up the image and adds to the viewing or playing experience.

How many HDMI ports do you have on your monitor? Do you use all of them, or do you not need them? What’s your favorite device to display content from? We’d love to hear your thoughts and experiences in the comments below!

Good luck with your HDMI journey!