Old TV? Fire Stick? The two don’t sound great together, especially not when the TV does not have an HDMI port.

Well, that is not to say you should throw out your old TV.  At least, not yet, because there’s a way to make it work with your Fire Stick.

It’s a simple connection that anyone can make. Best of all, you can use it to connect your Fire Stick to any older TV.

Keep reading to learn how.

Can I Connect a Fire Stick to a TV Without HDMI?

Yes, you can connect the Fire Stick to a TV without HDMI.

So, to connect a Fire Stick to a TV that does not have an HDMI port, you will need to use a converter. The converter will change the signal from HDMI to the signal format your TV uses.

Does a Fire Stick Need an HDMI port?

Yes, a Fire Stick requires an HDMI port. It will not work if connected to any other port.

For some people, confusion about which port to use arises because the Fire Stick also has a micro USB port. It’s not unusual to think, “Oh, it has a USB connector. It must be a plug-and-play device.”

Even though the Fire Stick resembles a USB device, its micro USB component only works as a charging port.

But the TV will not recognize it as a USB device.

For the stick to work, you must plug it into the HDMI port. Only then will the TV recognize it as an HDMI device.

You can then use your TV remote to select the HDMI input which you plugged the Stick into. Do this from the source menu, where the ports appear as HDMI1, HDMI2, et cetera.

How Do I Connect My Fire Stick to My Older TV Without HDMI?

Use the adapter to link your TV to the Fire Stick.

The procedure for connecting a Fire Stick to a TV with any of these ports is the same. The only thing that will be different is the type of converter.

DVI is identical to HDMI in that they transmit the same digital video signal. However, their ports and connectors are different in shape.

So, the Fire Stick will not fit into your TV’s DVI port. And even if it could, DVI does not carry audio and would transmit video only.

The best way to overcome this hurdle is with an HDMI-to-DVI adapter. Make sure the adapter pulls both video and audio and has audio out-ports which you can plug your audio cable into. 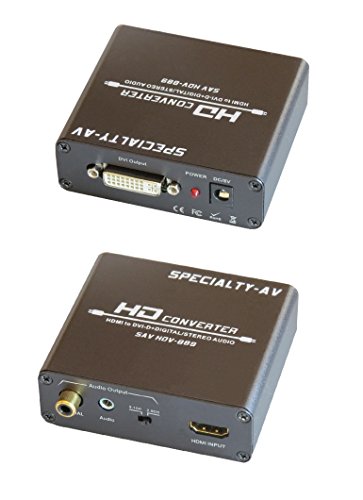 The best of these converters support digital and analog audio channels. With these kinds of converters, you can connect the audio to your TV, external speakers, or your home theater.

Avoid DVI converters that do not include audio because they will only output video, you would end up with images but no sound.

Before HDMI took over the world of video, the component video was the highest quality analog video in use. As such, it was a popular video input option for many analog high-definition TVs.

If your TV has component input, it will have red, blue, and green jack connectors for video and two connectors, colored red and white respectively, for audio.

You can use an HDMI-to-component converter to convert the HDMI signal from the Fire Stick to the component video signal that your TV recognizes. 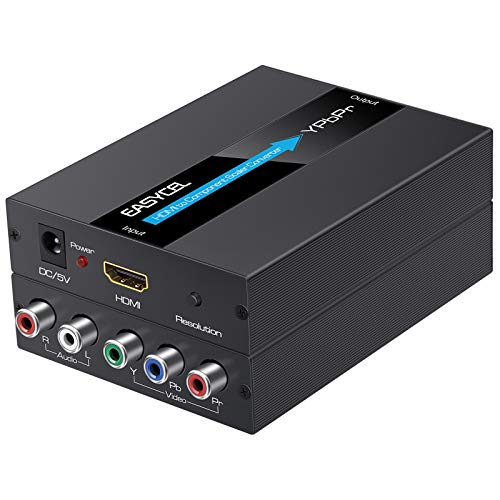 Composite video is an analog video signal that is of a lower quality than component video. Nonetheless, it was a widely-used option in the analog era before digital signals became the standard option.

It comes in 3 forms: NTSC, PAL, and SECAM. Many devices still support composite, so don’t be surprised to see composite ports on a not-so-old TV.

S-Video (as in “separate video”) gives higher quality than composite video but is not as good as a component video signal. However, it’s not as common as component and composite.

It works by separating color signals and black-and-white signals, leading to better video quality than you’d get from the composite video.

For a TV with an S-video or composite port, use a Composite- & S-Video-to-HDMI converter. Many converters support both S-video and composite video. 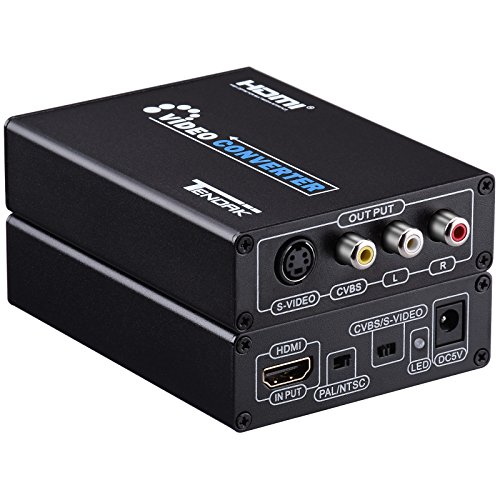 Here is how to connect the TV, converter, and Fire Stick:

A Fire Stick only works when you plug it into the HDMI port of your TV, not any other port. However, if your TV does not have HDMI ports, there is a way to work around this shortcoming.

You can use a converter to connect your Fire Stick to the TV.

There are converters that change HDMI signals to DVI, component video, composite video, or S-Video. Your TV likely has one or two of these video input options.

Choose a converter that will convert the Fire Stick’s HDMI signal to the signal format that your TV input option supports.