Backlights are the light sources that illuminate the screen for images to be seen. Unfortunately, when it fails the screen becomes black, and no image can be seen. Also, you are likely to experience flickering screens, dark and light sections, and leaking light on the edges of the screen when there is uneven light distribution.

Luckily, troubleshooting a backlight is easy. You simply have to check and test the backlight system to ascertain that it’s indeed the root of the problem. Occasionally, the problem could arise from the power supply, mainboard, or powerboard. So you also have to test and check them as well.

Signs That Your TV Backlight Has Failed

Below are signs that your TV backlight has failed and needs to be repaired or replaced.

When you turn on your TV and it does not display any image, but the audio is on, there is a pretty high chance that your backlight has failed.

If the screen looks unusually dim even after increasing the screen brightness, the backlight has likely failed.

A dim screen is hard to watch, especially during the day. The natural light from outdoors or light from bulbs overpowers the dim light from the screen, making it impossible to watch. You are forced to watch in a dark room instead.

A flickering screen is an indication of a dying backlight strip. In some instances, the screen may be working perfectly well, then suddenly go off after a few minutes or start blinking out of nowhere.

This is when half the screen is dark while the other half is functioning well.

This often happens when LEDs on one side of the backlight strip are working well while the LEDs on the other side are all faulty. Half the screen can either mean the left or right side is dark or the top or bottom half of the screen is dark.

Sometimes you will notice that there are sections on the TV screen that are dark.

This normally happens when some LEDs do not light up even though they still conduct power, while others are perfectly functional. The sections with the faulty LEDs appear dark, while the sections with functional LEDs are light.

A blue screen is the rarest form of backlight failure. In this case, the LEDs emit a blue light instead of the usual white light making the screen blue.

This often occurs when the lens moves out of the backlight LED strip.

If you try to move the TV, you will even hear the lens moving inside the panel. If you look closely, you may even see the lens on the bottom of the TV.

What Causes TV Backlight To Fail?

Sudden power surges, physical damage, moisture/water, and defective backlight bulbs are some of the possible reasons why your backlight fails. In many cases, the most common culprits are burned-out LEDs or failed backlight driver boards.

Let’s look at these causes in-depth to understand how exactly they lead to failed backlights.

A power surge is a sudden increase in voltage. It happens when a high electrical current (exceeding the recommended rating) passes through a circuit.

What is a Power Surge?

When this happens in a TV, it destroys the circuit attached to electrical components. Sadly, that includes the backlight.

Power surges can cause LEDs to burn out as well as cause a short circuit in the LED driver circuit, preventing power from getting into the LCD panel.

A surge, however small, can damage the backlight, especially if it happens frequently.

A power surge can be caused by home appliances such as heavy-duty power tools, washers, and furnaces. It can also be caused by external factors like lightning.

To prevent your TV from power surge-related damages, I would advise you to invest in a good quality surge protector for TVs . A power surge protector will keep your TV shielded from high voltages resulting from internal or external sources. 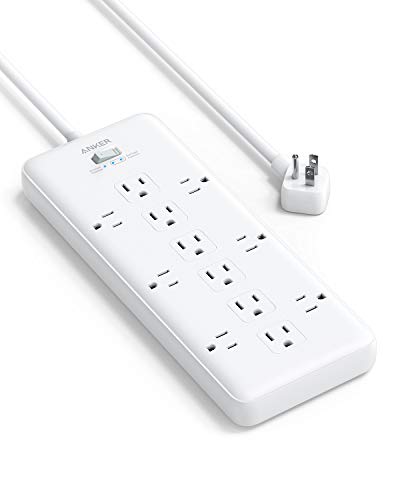 LED bulbs on a backlight strip are designed to last for a limited lifespan, especially with continuous usage.

So, at some point, you will need to have them replaced. This, however, can even be 10+ years later.

LED bulbs can also become defective due to a high voltage of electricity or extremely high brightness, which results in high temperatures. When the LEDs produce too much heat, it can cause them to burn out.

Once backlight LED bulbs get damaged, they have to be replaced for the TV to resume working properly. Luckily, the LEDs are inexpensive and don’t require too much expertise to replace.

That said, you will have to replace the entire strip since the LED bulbs are connected in a series. So when one becomes defective, it affects the rest. Defective bulbs are what cause the screen to be very dim or have dark spots.

Check out this video tutorial below by Repo Apps. He shows to diagnose and repair defective LED bulbs.

You should also troubleshoot the LED driving circuit.

There is a possibility that not enough voltage and current are getting to the LEDs. When this happens, the LEDs can get damaged.

Another possible reason why the backlight system on your TV has failed is that there is a faulty or failed power inverter or capacitor. The solution to this is to have the inverter replaced.

Check out this video for guidance on how to do the inverter replacement.

Sometimes the electrical traces in the circuit board can be faulty. This prevents it from conducting sufficient power to the backlight system, leading to a dim screen.

Physical damage like drop damage can cause the LED strips to shift out of their place. This leads to uneven light distribution in the panel, hence the dark and light spots. Drop damage can also cause the lens to come out of its place.

Water is one of the biggest enemies of any TV set.

When the TV gets into contact with water, however little, it seeps right through the hardware into the electrical components.

Two things are likely to happen: it could cause a short circuit in the circuit board and/or cause the metal pathways to corrode. All these lead to backlight failure.

Can TV Backlights Be Replaced?

Yes, TV backlights can be replaced.

However, I wouldn’t advise that you try to do it on your own unless you really know what you are doing.

We recommend you leave the replacement to TV technicians if you are not experienced with this type of work.

Otherwise, it’s not a complex process. You will need a soldering iron, screwdriver, wires, and LED flexible strips. Just be sure to purchase a backlight replacement that’s compatible with your TV model.