Typing in login credentials on your smart TV using a remote can be a task. But things get terrible when you have to do that each time you want to use an app with your custom settings.

Roku is one of the best online streaming devices. It gets a lot of things right. Its functionality-focused layout is particularly praiseworthy.

But of late, many people have been complaining about their Rokus not remembering user login credentials on different apps and that the OS logs users out when not prompted to do so.

In some cases, people are expected to log in each time they close and open an app.

Why is this happening? And what can you do about it? If you are one such aggrieved Roku user, this article is for you. Keep reading.

Why Does My Roku Keep Logging Out of Apps?

Roku is a mature, well-integrated smart TV OS. It generally works admirably with a variety of apps.

Automatic logging out is not a common problem. But if you’re one of that unlucky few experiencing the issue, the following are likely the reasons.

Smart TV apps usually get updated once or twice a month to add new features and eliminate bugs. TV operating systems, however, don’t keep up.

If your Roku OS is not the latest and greatest, the backdated firmware may develop stability concerns with the latest apps, causing those apps to crash or log out the user after every session.

And it’s not just outdated software. The hardware could be ancient too.

Roku has been around for some time, and some of the original Roku devices are no longer relevant or compatible with some modern apps.

Some may not support specific programs or their latest versions. The retired devices are Roku LT, Roku HD, and Roku 2 (HD, XD, XS). More shall get added in the future as existing hardware gets older and newer Rokus are launched.

The term “cache” denotes stored portions of a program’s code, which help speed up app launch or website browsing times.

However, at times, cache build-up can have the opposite effect.

As apps get updated and better, cache build-up increases too.

Roku devices come with limited storage and memory space, usually much lower than the storage prowess of computers and smartphones.

That limited real estate puts a Roku in a precarious state as the pile of hidden data increases. It offloads some of it to counter the situation, likely causing automatic app logouts in the process.

Another issue with cache data is the recently stored information may not match with previously accumulated data. That conflict can cause app logouts as well.

An easy way to mitigate this situation is to clear the cache beforehand.

You need not check the cache repository of an app at regular intervals. Sluggish and slow performance is a clear indication.

If an app detects same-account logins from multiple devices, it may log out the user on one or more devices for safety purposes and to mitigate account sharing. It’s intentional.

But in some cases, it’s a bug or just a poorly written application. Certain apps could be prone to re-authentication problems if they are dependent on the streaming service, such as Roku, for authentication.

Besides the above, here are other reasons your Roku could be logging you out of your favorite apps:

If you suspect the Internet is faulty, check the connection and download speeds from within Roku. Head to the Settings menu; select Network; and then choose “Check connection” and press OK on the remote.

Why Do Netflix and Youtube Keep Signing Out on My Roku?

If you’re getting signed out of your Netflix and Youtube accounts on your Roku, the apps may be an update or two behind, or certain custom settings could be playing foul play.

If there are glitches in the app, those may cause automatic sign-outs. Not to mention, cache overload can also be the cause.

If you recently changed your Netflix or Youtube app password, automatic logouts on your Roku TV and every other device you’ve logged in with the previous passwords are to be expected.

Log in with the new user credentials, and hopefully, the sign-out issue will be no more.

Consider updating your OS, even if it’s the most recent version. Often, a basic system update fixes all types of random errors.

Before trying the above, confirm the logout issue is only with Youtube and Netflix and that other apps on your Roku TV are working fine.

How Do I Stop My Roku from Logging Out of Apps?

Before trying the following fixes, ensure your Roku device is relevant or supported by Roku. If your Roku is relatively new and backed by Roku, proceed with the following.

If your Roku OS is behind the curve, update it to its latest version. The fixes mentioned below will not work on an archaic system.

If there are any system- or app-level bugs, updating the OS would do the trick. Here’s how you do it:

Here’s a video version of the above:

How To Update Your Roku Stick

If your TV comes with a built-in Roku OS, reboot the set. Here’s how you do a complete Roku TV reboot:

Press the OK key on your remote to initiate the reboot process.

Here’s a video demonstrating the above:

How to Restart/Reboot your Roku TV (TCL Roku TV)

If restarting the device doesn’t initiate a system update, do it manually.

You’d require the TV’s serial and model number, which will be there in your device’s “About” section. Note down those numbers, and follow the below steps:

Here is a video describing the above:

How to manually update Roku TV with a USB key

Since app cache is the reason behind your Roku OS becoming sluggish and logging you out of apps, it’s critical to eliminate the stored information pile.

There’s no dedicated cache clearance button on the remote or option in the settings. You’d have to do the following instead in the given order and in quick succession:

Roku TV : How To Clear Cache & Cookies To Solve Your Problems

After pressing all the buttons the required number of times and in the correct order, kindly wait for a few seconds to a couple of minutes for the Roku TV to do its thing.

The TV would restart once or multiple times during the process. Once it’s done rebooting, the cache would have been cleared.

Note: Cache cleanup is not a one-time process. You may have to do it once or twice a month or more frequently based on how often the apps store the concealed data and how those impact your Roku TV’s performance.

Uninstall and Reinstall the App

If a specific app logs you out on your Roku device, uninstall and reinstall it each time you close the app. Here is how you do it:

Reboot your TV and install the app again. To install the application again, choose “Streaming Channels” on the home page to invoke the complete streaming channel list.

Select your app and press the OK key.

The newly installed app should likely be the latest and free of bugs.

If you don’t want to delete the app and just ensure the program is up to date, do the following:

Raise a Ticket with the App Developer

If you’re facing logout concerns with certain apps only, it’s likely app-unique. Contact the channel developer to apprise them of the situation.

Channels on Roku or any other content streaming service are independently developed and managed. Therefore, contact the particular app developer even if the logging out issues only happen on your Roku.

Roku came up with the “Automatic Account Link” feature as part of the Roku OS 9.1 update to prevent frequent logouts and keep users logged into their favorite apps.

The feature is designed to remember user credentials on multiple Roku devices.

For instance, if you logged into an app on your Roku TV in the living room, you should be able to log in to the same on the Roku smart TV in your bedroom without inputting login details again.

Kindly note that the feature works only with apps that support the part, and those are relatively limited—less than ten at the time of launch. Hulu, Pandora, and Sling TV are some of those channels.

Roku promised to add more channels to the list.

Why are My Roku Apps Not Working? 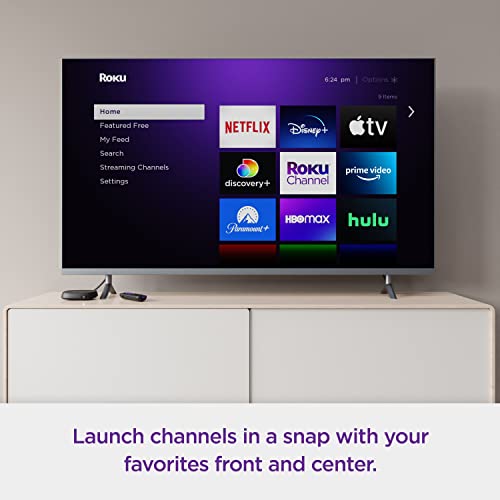 Your Roku apps may not be working either due to their outdated status or there’s something inherently wrong with the app or the Roku OS itself.

Generally, it’s recommended to install only those apps you actively use. Too many apps could cause certain apps to misbehave and impact the system in general.

Unlike smartphones and computers, apps on your Roku TV or any other media streaming hardware may log you out every once in a while.

That’s normal behavior and shouldn’t be a cause for concern.

But things turn worrisome if the automatic logouts are too frequent, such as every 24 hours or each time you close the app.

In those scenarios, the above solutions shall help fix the problem.

If they do not, contact Roku or the app developer itself. Perhaps, the issue is something very unique and requires individualized attention.