If you’re a home theater geek like me, you know that choosing the correct settings for your Displaying device is crucial. You want to get it right so everything looks bright and impressive. Therefore, I will show you how to set brightness and contrast on an HDR display device in this article.

To set the contrast and brightness of an HDR device, you should follow the following steps.

Set the contrast to around 50 or 60 percent if you’re watching in relatively dark room conditions. If you are watching in a highly bright room condition, set it to about 70 or 80 percent. Set contrast higher if you have lots of light coming into the room because otherwise, images will appear washed out.

After setting the contrast, adjust the brightness until images look best to your eyes since this is entirely subjective. Find an image that gives you problems, such as a dark scene from a movie, and adjust it accordingly.

How to Set Brightness and Contrast for an HDR Device?

The trick to getting things right is to begin by setting the contrast not too high or too low. Then adjust the brightness accordingly.

Most HDR-enabled devices come from the factory, with their contrast set far too high. Unfortunately, this makes everything look bright and colorful and can wash out detail.

To set the contrast and brightness of an HDR device, you should follow the following step. First, set the contrast to maximum and the brightness to a minimum on your device when viewing HDR content. The reason is that your TV will apply a tone mapping curve to the HDR signal.

That compensates for the increased brightness and contrast from the source. If you increase the contrast or brightness, you will be increasing the tonal range of your image before it has been tone mapped by your device.

It will result in clipping highlights (increased contrast) and crushed blacks (increased brightness).

Contrast is the ratio between the darkest and brightest areas of an image. A high contrast image has a wide range of tones ranging from bright highlights to mid-tones and, very finally, dark shadows.

A low contrast image has fewer different tones and might have more occasional bright highlights, many mid-tones, and few if any dark shadows.

Many people assume that higher contrast means “better” for a photograph. But this isn’t always true. High-contrast images can look harsh, with overly bright Brights and crushed shadows too dark to see anything.

Low-contrast images can look dull, with indistinct shadows and highlights that blend, so no details stand out.

The amount of light that emits from something is its brightness. A display device’s brightness is the measurement of the intensity of light coming from the device. The higher the value, the brighter your display device will appear.

What is the difference between brightness and contrast?

Brightness refers to the overall level of light or luminance in an image. On the other hand, contrast is used to describe the difference between bright and dark areas in a photograph.

What Should Be the Contrast for HDR?

The contrast of HDR should be subjective depending on a room’s lighting conditions.

You’ll want to set it higher if you have lots of light coming into the room because otherwise, images will appear washed out.

What Contrast Ratio Is HDR?

What is Contrast Ratio?

It is a component of a display system such as a TV. The contrast ratio measures the difference between the whitest and blackest blacks that a display can produce. The higher the number, the more detail you’ll see in the images. A high contrast ratio is a desired aspect of any display.

For years, high definition TVs had a standard contrast ratio of about 2,000:1. Today’s TVs are much better; some have a 10,000:1 contrast ratio.

HDR TVs take things to another level with a contrast ratio exceeding 100,000:1.

Should Contrast Be Set at 100?

It depends on what you’re watching. If it’s a movie that has been mastered in HDR, then yes, you should have the contrast set to 100.

If the content hasn’t been mastered in HDR, it’s better to keep it at its lowest setting, 0 or 10. However, it depends on what kind of device you have. That is because most SDR content doesn’t use the full dynamic range of the displaying device.

So, having the contrast at 100 will clip some highlights and shadows, which results in a loss of detail. 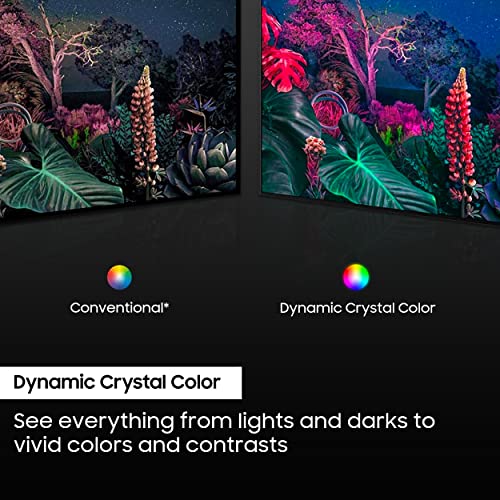 No, not really. HDR has a different effect. Do not use the HDR process to increase contrast.

It increases the contrast in one part of the image and decreases it in another.

Therefore you end up with a more evenly lit image, but not one with more contrast.

My recommendation is to adjust the contrast after you are satisfied with the rest of the editing of your image.

People think that the HDR process increases contrast since the process involves merging multiple exposures into one. The level and curves of each orientation are averaged according to how each pixel is in each exposure.

Is HDR Too Bright?

One popular question is whether the HDRs images created look too bright and artificial. Yes, the HDR process can indeed lead to unrealistic-looking images.

The main reason is that the technology allows you to pull detail out of areas of your image that would otherwise appear as white.

It often leads to brighter scenes than they would be if you were just relying on what your camera could capture.

There are two main reasons why HDR is so bright. First, the process of “exposing to the right” to maximize the amount of data captured for each pixel in your photo results in brighter images.

Second, unlike the human eye, traditional digital cameras capture only one exposure at a time. They cannot capture both the bright and dark areas of a scene. Therefore, HDR photography was invented to allow photographers to simulate the “dynamic range” of the human eye.

What Is a Good Brightness for HDR?

It’s hard to say what “good brightness” is because it’s subjective. The ideal brightness of a display depends on where you would use it and why.

In a dark room with dark content, a lower brightness is more comfortable for the eyes. In a bright room with very bright content, higher brightness can be necessary to maintain an acceptable level of visibility.

For a native 4K display, a good brightness level for HDR video is around 1000 nits. Additionally, the same standard is used for most HDR-capable TVs.

How to Make HDR Look Better?

You can be happy to know that you can change your TV settings to make HDR look better. In this case, you need to check the settings to enable the HDR feature on your TV.

After performing these steps, you will see a significant improvement in the HDR picture quality on your TV.

How to Make HDR Look Better in Different TV Models?

How to Change the HDR Setting?

You can change the HDR setting on your displaying device by following the steps below.

Moreover, the video above will guide you through calibrating HDR settings on the Samsung AU900.

Also, consider the following video guide on tweaking display settings to best suit your needs on most TVs:

How to adjust your TV settings for the best picture quality

What Affects the Quality of HDR?

The quality of HDR is affected by three main things, as illustrated below.