First released in 2002, HDMI has evolved over the years to accommodate more features and functions. The maximum bandwidth, for instance, has gone up to 48 Mbps, which was just 3.96 Gbps at inception.

The hardware or the connector shape and designs haven’t changed much, which has lent significantly to the “backward compatibility” of the audio/video interface.

The various HDMI versions and the connector types determine how you incorporate HDMI into your setup or what devices you use them with.

In this article, we’ll discuss HDMI ports on your TVs and monitors, how to use them, what to expect from the various ports, and much more.

If you have a basic idea about HDMI ports, this piece shall help you learn more about them.

Does It Matter Which HDMI Port I Use on My TV?

Yes, the HDMI port you use on your TV does matter.

If you have high-performance streaming requirements or want to benefit from features unique to a particular HDMI version, you must be selective about the HDMI port you use on your television.

HDMI 2.1 is the latest from the HDMI Forum, and it is a significant improvement over the previous versions, including its immediate predecessor.

The HDMI 1.4 port or even the HDMI 2.0 socket on your television do not have the bandwidth to realize 4K at 120 Hz. We’ll walk through more on their capabilities later in the article. 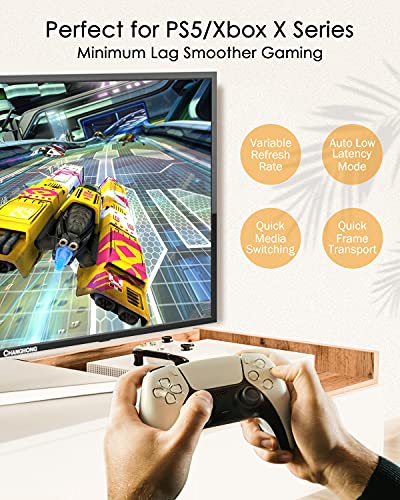 As a result, your TV switches to gaming mode each time you launch a game without any effort from your side.

The eARC (enhanced audio return channel) function caters to the casual user. It allows playing TV audio through an external speaker, such as a soundbar. 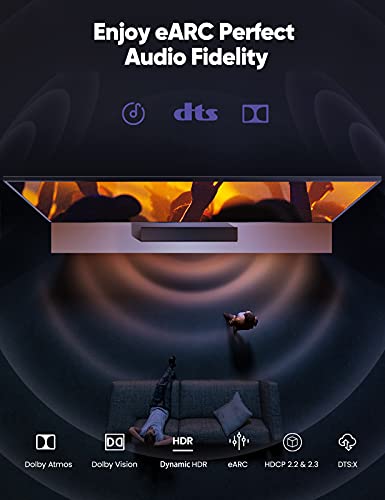 HDMI 2.0 or previous standards do not support any of the above features.

Yes, HDMI ports do make a difference, primarily concerning data transfer speeds and the features specific to certain HDMI versions you benefit from.

For example, if the HDMI port on your TV is v2.1, you may connect your PlayStation 5 to the television and play 4K games at 120 Hz.

To boost the frame rate to 120 Hz, you would have to compromise on video resolution and drop it to 2K (1440p) resolution.

The HDMI signal shall still pass through, though, as there’s backward compatibility on board.

How Do I Know Which HDMI Port to Use?

Since HDMI is backward-compatible, you may plug an HDMI cable into any HDMI port on your TV or monitor. The video and audio transmission shall work fine each time.

Generally, HDMI 2.0 is par for the course for most users and usage scenarios. But if you need all the advanced and best features and the highest bandwidth HDMI offers, look for an HDMI 2.1 port on your TV.

For instance, if you’d like to game at 4K resolution and the 120 Hz frame rate, you will have to plug your console into the HDMI 2.1 port on your TV.

Identifying the HDMI ports on a TV shouldn’t be a problem since those sockets contain tiny labels indicating the HDMI standard they support.

And if those visual cues aren’t there, you can always check the TV’s user manual.

At times, the labels could use adjectives (good, better, and best) to denote the port’s standard instead.

The adjectives tagging along make things less complicated or layperson-friendly for those who do not truly understand what the various HDMI versions signify.

Other TVs may label the ports with the names of the devices that connect to the device.

For instance, if there are four ports, they could be marked as “DVD,” “GAME,” “STB.” STB denotes “set-top box.”

You may plug your cable TV box into the “GAME” or “DVD” port since HDMI doesn’t discriminate that way.

You Need the Right Cables

Once you’ve ascertained the correct HDMI port, check the cables you use to meet the port’s data transmission requirements.

A premium high speed or just high-speed HDMI cable would work fine, but it may not be able to reap the benefits of HDMI 2.1 the way a suitable cable would do.

If you don’t have an ultra high-speed cable lying around, here are some excellent cables for your consideration:

Since the focus is on cables for traditional output devices such as TVs, the cords mentioned above come with the standard-size or Type A HDMI connector. As a result, there shouldn’t be any confusion.

Does It Matter Which HDMI Port I Use for 4K?

Yes, as mentioned earlier, the HDMI port you use on your TV or any other device significantly impacts your 4K movie-watching or gaming experience.

However, how distinctively different the experience is varies based on the HDMI standards themselves.

HDMI 2.0 supports 4K streaming, so does HDMI 1.4. But the two handle the resolution differently.

Here is an overview of how HDMI ports supporting different versions handle 4K:

HDMI 1.0 is now pretty much obsolete, and TVs have been made with HDMI 1.4 ports for years. If your TV is not a relic of those good old days, it’s almost sure to have an HDMI 1.4 port, if not greater.

The ability to stream 4K content at 30 Hz refresh is not a dealbreaker, especially if you’re watching regular TV content or movies on the television.

The frame rate should certainly not be the only reason for a TV upgrade.

Having said that, if you stream more demanding 4K content or fast-paced games in 4K, 30 Hz would feel limiting or behind the curve.

In gaming, 4K at 120 Hz would look sharper, feel considerably smoother, and provide you with the competitiveness that didn’t exist before.

Even for regular TV use, 30 Hz 4K streaming would seem fine only if you’ve not experienced higher frame rates before.

The phenomenon could be likened to how people who daily-drive smartphones with a 120 Hz screen cannot revert to a 60 Hz display, despite having used the latter for years before 90 Hz and 120 Hz displays on a smartphone became a thing.

1. Can you use HDMI eARC as a regular HDMI port?

Yes, you can use the HDMI port labeled “eARC” on your TV as a standard HDMI port. HDMI eARC essentially outputs audio. But unlike other HDMI output ports, it can also function as an input port.

Generally, every HDMI port that supports the HDMI 1.4 or later standard provides ARC support. HDMI 2.1 ports support eARC, which can increase speed and bandwidth or is an upgraded version of ARC.

Moreover, it’s pretty common for not all ports on your TV to support ARC or eARC. If your TV has four HDMI ports, only one of them is likely to support the audio output feature.

ARC or eARC is not active by default in some TVs, requiring manual intervention. Most TVs, however, have the feature ready to roll or auto-detects as soon as an external audio device is connected.

An HDMI port has become a ubiquitous audio/video interface or an integral aspect of most consumer electronic devices due to its flexibility, convenience, and straightforward approach.

However, like everything that gets better with time, HDMI ports have also been at the receiving end of continual improvements and upgrades. As a shrewd user, you must know what those enhancements are and how to use them to boost your user experience.

Using an HDMI 2.0 port on your TV when you could have very well used the adjacent 2.1 port is not just a wasted opportunity but also demonstrates you just don’t know better.

Ignorance could be bliss at times, but it’s certainly not the case when it comes to using HDMI on your devices.

Hopefully, after having read this piece and learned how different HDMI 1.4, 2.0, and 2.1 standards are from each other in their capabilities, you would use the right HDMI port on your TV or other devices going forward.

[…] with a laptop, you’ll need to find a compatible adapter. It is not difficult to find a suitable HDMI port in a laptop, which usually has a HDMI port on the side or behind the CPU. HDMI adapter cables can […]