You have made up your mind and decided that the time has come for you to upgrade your old TV.

Since the release of the first television in the 1920’s, the technology has sky-rocketed and consumers have been scrambling to “keep up with the Jones”.

For years we have been plagued with decisions, the first was the brand, then came flatscreen technology, then what type of technology in your flatscreen TV.

The most recent decisions consumers have had to make for their home theater is Smart TV or Dumb TV.

To have any chance of choosing the right one, a customer has to be aware of the difference between the two. This article will outline the most obvious differences and give you a better chance of picking which one is right for you.

What is a Dumb TV? 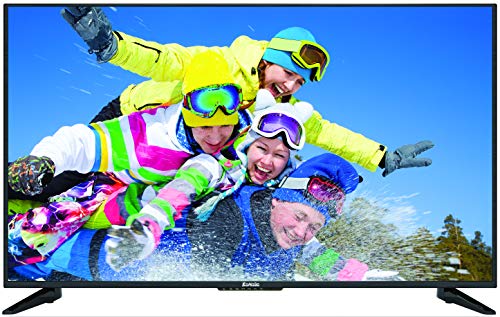 I know what you might be thinking, the obvious choice for me is a Smart TV because who in their right mind would buy something labeled “Dumb.”

The reason it was granted this moniker is only because of the introduction of the first Smart TV in 2007, and its contrast to it.

Dumb TV’s are the sets that we all grew up with, the ones that plugged into the coax port in your wall or, if you are a little more advanced in years, the dipole antennas (rabbit ears).

For television to be given the title Dumb it simply has to lack what a Smart TV has and does, with the main difference being an advanced operating system.

Pros of being Dumb

Dumb TVs and Smart TVs have the same image quality

If you are able to find a Dumb TV nowadays you will notice right away that the price will be cheaper than a Smart TV.

While this is currently true, the manufacturers of Smart TVs are working tirelessly to narrow that margin in an attempt to make Dumb TVs obsolete.

One might think that a Smart TV has a superior picture quality to its counterpart, but this is untrue as they both use the same technologies.

Whether LCD, LED, OLED, or some new technology we haven’t even heard of yet, the same internal technology equals the same picture quality.

You also have the advantage of simplicity, no need to fumble through the signing up, syncing, and searching that usually comes with a more advanced TV. Simply plug your TV in and enjoy the channels that your local provider supplies.

Cons of being Dumb

The biggest con of owning a Dumb TV is the fact that it only serves one purpose, and that is being a television.

You have no cutting-edge features, you simply sit in front of it and watch what is on, and if that happens to be The Fresh Prince of Bel-Air, then that is what you are watching.

What is a Smart TV?

A Smart TV is basically a television that aspires to be a Smartphone, and with each new version that is released, we inch closer to the two serving the same functions.

Instead of plugging your television into the cable lines or a satellite dish, a Smart TV is synced up with your Wi-Fi and runs off of your internet.

You have many more options when it comes to a Smart TV, but this doesn’t always equate to a better choice, let’s examine why.

Pros of being Smart

An obvious advantage to a Smart TV is the numerous features and functions it can serve you.

With most Smart TVs nowadays, you have the capacity to:

These are just a few of the many functions your Smart TV can serve you.

With brands like Panasonic, Samsung, Sony, and Toshiba jumping on the Smart TV bandwagon the technology is advancing rapidly.

There is also a push to make the connection between Smart speakers and Smart TVs more fluid, soon we will seamlessly be able to control our Bluetooth vacuums through our Smart TVs.

You can also surf the internet on many of these TVs, although this technology is still in its infantile stages and is quite touchy and slow when using the provided TV remote.

Cons of being Smart

Now I know that after skimming through the Pros of the Smart TVs the choice seems pretty clear, but there are some serious downsides to the convenience offered by Smart TVs.

For starters, you need to have an internet connection, and if you have one but it isn’t top of the line, there is a chance you can max out your data capacity and experience lag or slow buffering time when streaming.

The technology and added features may seem like a no-brainer to the tech-savvy consumer but there are numerous reports of Smart TVs crashing, being vulnerable to hackers, and even watching their owners.

This is enough to swear some consumers off Smart TVs for good. If you do happen to purchase a television with these capabilities make sure that you are always aware of your privacy and ACR settings.

There are also multiple complaints about the inability to update the soft or firmware of certain Smart TVs. This leaves customers stuck in whichever technological age their Smart TV hailed from.

There is a quick way to boost the intelligence of your Dumb TV and that is with a media stick or device, such as a Roku, Google Chromecast, or Apple TV.

You can check our article about the best streaming devices for a dumb TV here.

These handy little gadgets act as a small electronic brain for your TV and give you access to streaming services and even content from a mobile device.

A quick upgrade that is easily portable and often doesn’t require its own electrical outlet, you can simply plug it into the HDMI outlet of your TV.

If you decide that midway through your viewing experience the Smart TV life isn’t for you, there is a simple solution to decrease the intelligence of your current television set.

With most Smart TVs you can simply choose not to connect to your Wi-Fi, in most cases, this will stop any unwanted tampering of your device or information collection by the manufacturer.

Although this is an alternative to buying a Dumb TV, do some research before taking this plunge as with some Smart TVs you will have to connect to your Wi-Fi just to get through the initial set-up, locking you out from the ability to dumb your set down.

So, Dumb or Smart?

As we have reviewed in this article, both types of TVs have their advantages and disadvantages.

The decision boils down to personal preference, what functions you want your TV to perform, and which way you want to get content on your screen.

Soon enough we will phase out Dumb TVs all together as the market slowly swings in that direction and the choice will be made for us, then through different gadgets, apps, and set-ups, we will decide the level of intelligence our TV has.

I just want a tv that is simple for older people to operate and now I am confused. My husband and I are not up on all these new technology devices. Suggestions please. Thank you

Hello @Lou, you might want to check this post of ours for a good dumb TV https://pointerclicker.com/best-dumb-tv/