Laser projectors have not been around for very long, but it’s already creating a lot of buzz.

Although laser projectors sit in the upper echelons of projector prices, they are usually not looked at as overpriced machines, considering the kind of value they provide for the money.

Many people who cannot afford a laser projector are likely to have plans to buy one in the future when their finances get better.

Laser projectors’ claim to fame is the minimum 20,000 hours of lifespan on the light. People familiar with lamp-based projectors had never heard of that kind of longevity.

But the question is, what do those 20,000 hours mean in real-world use? (After all, LED projectors also claim a similar figure on their lights.) Does the laser light source start to lose its sheen as it approaches the end of its life?

Keep reading to find out the answer to the question and more.

No, unlike lamp-based projectors, laser projectors do not lose their brightness or become dim significantly over a period of use. The solid-state laser light source can inherently maintain its brightness for fairly long.

In other words, a 10,000-lumen bright laser would continue to shine with the same strength and luminosity even after a few years of use. And the superior laser light quality remains intact too. 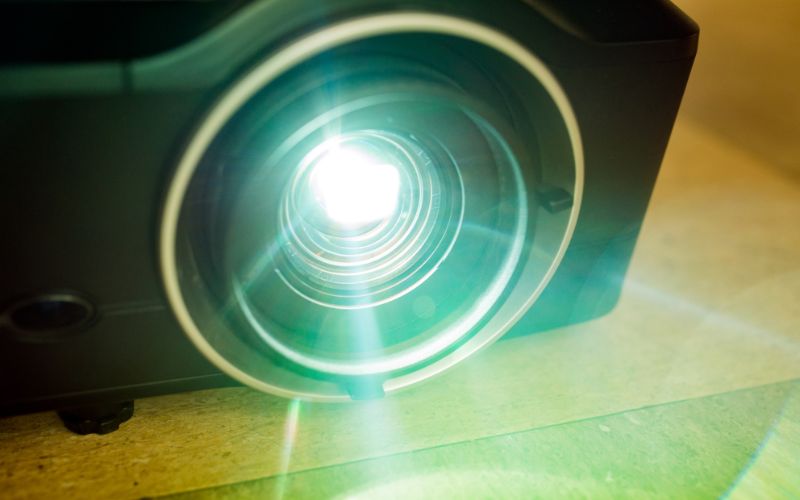 And when they start to fade, the decline is gradual and hardly noticeable. As mentioned earlier, it’s nowhere as pronounced as with lamp-based projectors.

How come laser projectors keep their sheen for so long? That’s got a lot to do with how laser technology works.

For starters, lasers don’t use bulbs, which means no excessive heating or a requirement for proper cooling fans. Also, laser lights require little energy to function, thanks to the minimal fan operation.

A laser projector creates only the hues needed for a given scene. It doesn’t go all guns blazing like lamp projectors. As a result, it doesn’t generate excessive amounts of heat.

All that together results in sustained brightness levels for a more extended period.

How Long Will a Laser Projector Last?

Based on how bright you keep the lights, a laser projector can easily cross the 20,000 hours threshold and continue to work as a brand-new one.

The number of years of ownership a 20,000-hour lifecycle translates to depends on how extensively you use the device. 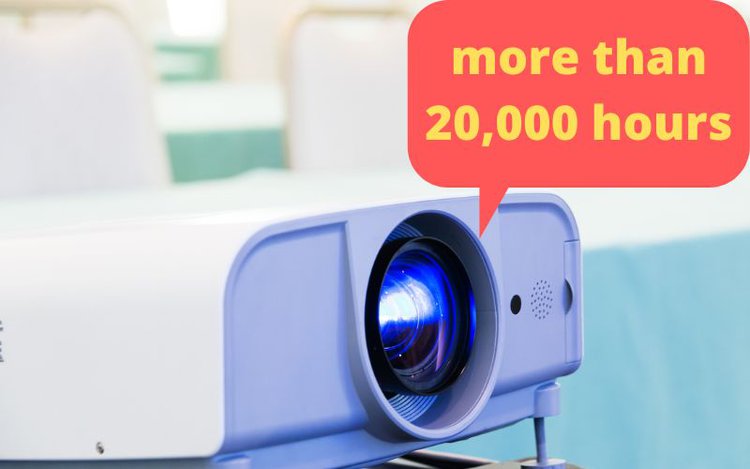 If you use your laser projector three hours a day, five days a week, that means an effective lifespan of around 28 years.

It’s safe to assume no one will hold on to a projector for that long. And even if you plan to, other components would break or require repair/replacement before that.

And if you intend to set up the projector and let it run throughout the day, all days a week, the projector will last at least 2.4 years if nothing else breaks down.

But since almost nobody will use their projectors 24/7, seven days a week, it’s safe to assume a laser projector will last close to a decade (at least) of real-world use.

Kindly note that the 20,000-hour mark is possibly when the laser light will start to show its age. But if maintained well and used in optimal conditions, the light shall stay bright well beyond 20,000 hours of use.

Which is Better: Laser or LED Projector?

Stacking LED and laser projectors together makes for a good comparison. Here’s how they compare:

When LED projectors first graced the market, they were plagued with low brightness, sub-par build quality, and other issues.

However, reputed manufacturers adopted the tech into their products with time, causing a seismic shift in fortunes for LED projectors.

LED projectors also boast at least 20,000 hours of run time on the lights like laser projectors.

Lesser thermal emission and minimal maintenance are other aspects wherein LED projectors stand toe-to-toe with their laser counterparts, thanks to both projector light types not using mercury-infused bulbs.

Brightness is one area where an LED projector trails a laser.

Its 2,000 ANSI lumens of maximum brightness is nothing to sneeze at (it’s plenty bright in most scenarios), but it pales compared to the 3,500 lumens or more brightness that laser projectors boast of.

LED projectors get bright enough for both indoor and outdoor applications.

Laser projectors’ exceptionally bright light capabilities have a clear edge when projecting outdoors on large canvases and little control over ambient light. For example, if casting in a mall with the bright mall lights on, a laser projector will get through, breaking little sweat.

An LED projector, on the other hand, would likely struggle. That, of course, depends on the particular LED projector used.

LED and laser projector lights are difficult to swap compared to lamp projectors.

As the numbers above make it obvious, the need for the same doesn’t frequently arise, pretty much never in most cases.

But it could be both a complex and costly affair when the time does arrive.

If the projector is under warranty (highly unlikely), the light replacement costs would be minimal to nothing. But if the device has outlived its warranty period (extremely likely), getting a new projector would make a lot of sense.

In some cases, the laser in a laser projector is not designed to be replaceable—at least not by the user.

A laser projector is objectively pricier than an LED projector.

LED light sources have been around for quite some time, longer than laser lights. They are, therefore, easier and cheaper to procure for projector applications.

But since laser lights are up and coming, the costs of research and adapting them to the projection are still relatively high. 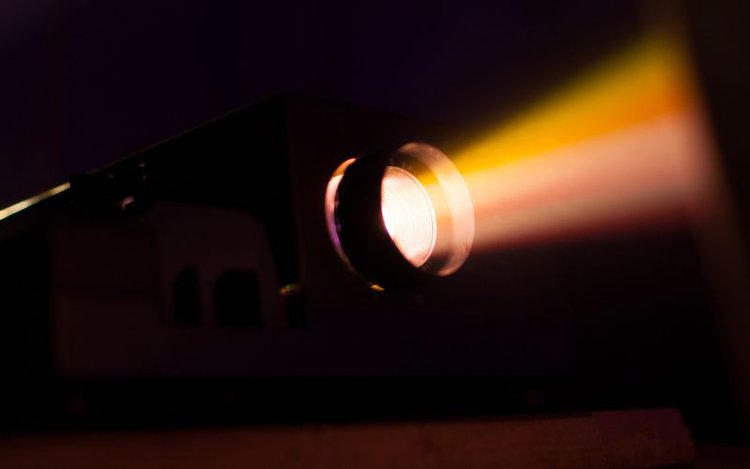 Considering how long laser lights can last, getting a used projector could be a solid grab.

Laser projectors do not dim over time.

They usually outlive the period a typical projector user would own a projector. That means the need for replacing the laser light, a complex and expensive process, would almost never arrive.

Based on your requirements, laser outshines even LED projectors, generally preferred by users over lamp-based projectors.

Despite all the above goodness, laser projectors are not very common, thanks to how relatively expensive good-quality laser projection devices are.

Laser projectors are usually two to three times costlier than lamp-based or LED projectors. As a result, the projector is out of reach for many potential buyers.

Therefore, as someone looking to purchase a laser projector, your primary and perhaps only concern about the projector should be the cost.

Everything else is fine, particularly the light source.

I read your article and we have different outcome with Laser Projectors. We have over 100 Casio XJ-A' 2,500 lumen models installed over the last 7 years and we noticed that they do dim over time. I have one now that is 5 years old has about 10,000 hours on it and is dimmer than new. I have measured with a light meter and compared it with a new one and the light output is less.

So if Lasers do not dim that much over time then why do ours do. Is their something else causing it? Every summer we take them down from the mounts and blow out all the dust that accumulates in them to extend there life.

Please let me know since we a looking to replace 30 over the summer since we have a bunch that needs replacing.