Apple is notorious for being picky with the ports on its hardware. Each time the tech giant is presented with the choice to pick between an industry-standard connector and its proprietary standard, it will always opt for the latter.

For its iPhones, for example, it uses the Lightning port despite USB-C being widely adopted by other manufacturers.

Talking about Apple laptops, the MacBook Air has been among the company’s best-selling products. The device’s biggest draws are the thin profile, lightweight yet solid unibody metal build, relatively affordable pricing, and healthy port situation.

Like most Windows machines, you can also hook up a MacBook Air to a monitor. But you will not be able to use HDMI for that? Or can you?

Can You Connect an HDMI Cable to a MacBook Air?

Yes, you can connect an HDMI cable to a MacBook Air but not without some interventions because a MacBook Air does not come with a built-in HDMI port.

And that has been the story with pretty much every MacBook Air released to date.

The original 13-inch MacBook Air, released in 2008, was slim and slender and, as a result, axed quite a few ports to achieve the pathbreaking design. For instance, it had no FireWire port, line-in, Ethernet port, disk drive, or Kensington lock.

The other legendary port to be shown at the exit was HDMI.

In 2010, a smaller 11-inch Air was introduced, later discontinued in 2016. That device didn’t sport an HDMI port, quite expectedly due to its much smaller form factor.

The bigger MacBook Air is still around, with the latest version unveiled in December 2020.

Unfortunately, the newer Air also doesn’t include an integrated HDMI port—despite having undergone a major design overhaul and spec bump.

MacBook Airs use a Thunderbolt port instead to support high-resolution displays via a single port. To connect an HDMI cable to your MacBook Air, you would need an adapter device. (More on that later)

Why Do MacBooks Have Thunderbolt but Not HDMI?

If you’re wondering why Apple hasn’t jumped on the HDMI train yet like every other laptop and continues to use Thunderbolt instead, the following are likely the reasons.

Thunderbolt is Apple’s Own

Thunderbolt is a proprietary standard that Apple built in partnership with Intel.

On the other hand, HDMI is a third-party standard founded by tech companies, such as Toshiba, Sony, Philips, Thomson, etc. Apple wasn’t part of that cohort.

The fact that Thunderbolt is its own making makes us believe that the Cupertino-based firm is never letting go of the standard—certainly not for HDMI or any other third-party I/O port.

If Apple embraces HDMI, the port will co-exist with Thunderbolt, as it does on the 2021 MacBook Pro.

And if Apple ever completely abandons Thunderbolt, it would be only to bring in another proprietary standard.

Although HDMI 2.1 improves upon its predecessor with its transfer speeds of up to 48 Gbps, it isn’t as widely available yet.

Most devices still use HDMI 2.0 ports, with the HDMI 2.1 standard set aside for relatively expensive devices.

Thunderbolt doesn’t need a dedicated port to function, unlike HDMI. It, therefore, plays well with Apple’s design philosophy of shedding ports on devices at any given opportunity.

In the MacBook Airs released between 2011 and 2017, Thunderbolt signals were transmitted over the mini-DisplayPort.

In 2018, Apple came up with a more modern MacBook Air that used Type-C ports instead of mini-DP to send those Thunderbolt 3 signals.

And because it was Thunderbolt 3 using USB C, you could connect your MacBook to an external monitor and also charge the laptop simultaneously.

USB Type-C is a much thinner port than a mini-DP port, which bodes well for the slim form-factor of MacBooks—the way Apple likes it.

Perhaps the most significant upside of Thunderbolt and the reason most video professionals are drawn toward it is its ability to “daisy-chain”.

Daisy-chaining is a wiring technique that helps connect multiple devices in one sequence or a ring.

HDMI doesn’t support daisy-chaining of monitors. You’ll need an adapter to add an extra display to your HDMI-based setup.

How Do I Connect an HDMI Cable to My MacBook Air?

Just because the MacBook Air doesn’t sport an HDMI port, it doesn’t mean you cannot use an HDMI cable with the laptop.

As mentioned earlier, you would need intermediaries in the form of adapters and hubs to get the job done

The adapter or hub plugs into the USB-C/Thunderbolt port of your MacBook Air to provide you with an HDMI port, provided you’re using a 2018 MacBook Air or the models released after that.

The hub offers a healthy assortment of input ports by occupying just one USB Type-C port on your computer, including a USB Type-A port, Type-C port, DisplayPort, etc.

The exact number and type of ports you get would vary with the specific product.

If an adapter sounds adequate for your setup, here are a few solid options:

As mentioned earlier, a USB-C-based hub offers more than just an HDMI port. If you’d like to have those additional ports to boot, here are our recommendations for a hub:

The above adapters and USB Type-C hubs will work with any Thunderbolt version. In other words, if the next-gen MacBook Air supports Thunderbolt 4, you need not buy brand-new accessories.

To use the adapter or hub, just plug the male jack into your Apple laptop’s Type-C or Thunderbolt port. And just like that, you’ve got an HDMI port at the ready. There’s no special software or driver needed. 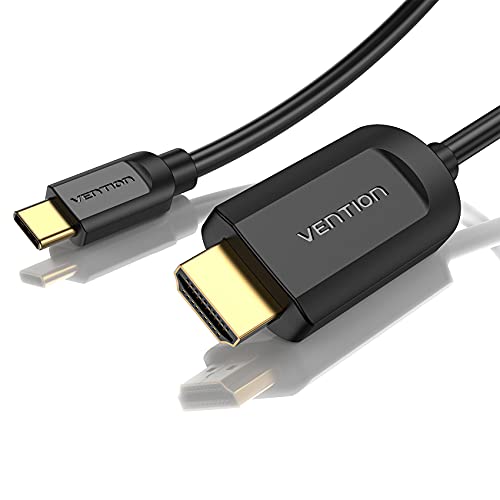 Kindly note using an adapter or hub isn’t the only way to use an HDMI cable with your MacBook Air. You may use a USB-C to HDMI cable instead.

Here are some solid USB Type-C to HDMI cables for your consideration:

The cables mentioned above support Thunderbolt, in case you were wondering.

The 2011 to 2017 MacBook Air models had or have (since several users still use computers) no USB-C ports. Therefore, the above adapters or hubs won’t work with these earlier Macs.

As a result, you would have to look at a solution that leverages the USB A or mini-DP port on those devices to use an HDMI cable with them. Here are some USB A to HDMI adapters that shall do the job:

If you’d like to use the mini-DP port instead, the following are some mini-DP to HDMI adapters to look at:

There are min-DP to HDMI cables as well, such as:

Although the different adapters and USB-C hubs offer a solution, they are no proper replacement to MacBook Airs coming with a built-in HDMI port.

Those who do not like to live the dongle life or already use various other dongles with their computer would certainly agree.

Apple perhaps has started to realize how important HDMI is to extend the capabilities of its computers despite the benefits of Thunderbolt, and it, therefore, equipped the 2021 MacBook Pro with one.

Although the port is HDMI 2.0 and not 2.1, it’s still a step in the right direction.

Seeing the latest MacBook Pros sporting an HDMI port, people are hoping the 2022 MacBook Air finally embraces the revered HDMI port too. Unfortunately, that will not happen if the rumors are to be believed.

Therefore, do not wait for the next generation of the MacBook Air if all that you’re looking forward to in it is an HDMI port. Just buy an adapter or hub and get rolling right away. You would probably need those accessories for a few years, at least.