Although not the pioneer in its space, it won’t be wrong to say Google popularized streaming devices with the Chromecast.

When the first Chromecast was released in July 2013, smart TVs weren’t as commonplace as now. Chromecast, as a result, was a perfect tool to plug into an existing TV and make the device “smart.”

But the existence of the Chromecast and similar streaming devices has not prevented TV manufacturers from continuing to make new and better smart TVs.

Chromecasts and similar streaming devices complement smart TVs, posing no threat to TVs that connect to the internet natively.

For a device like Chromecast to do its job, a stable and fast internet connection is essential. You don’t need blazing fast speeds, but a slow and congested network could mar the experience considerably.

With internet speeds touching new thresholds, speedy internet availability is usually not a concern. But how adept is a Chromecast at capitalizing on those speeds to its advantage?

In other words, can your Chromecast use 5 GHz Wi-Fi?

Yes, a Chromecast can use 5 GHz Wi-Fi if it’s not the first-gen device.

Read on to learn which Chromecasts support 5 GHz Wi-Fi, should you choose 5 GHz or stick with 2 GHz, and much more.

An array of devices use the 2.4 GHz frequency. Traditional cordless phones, wireless baby monitors, Bluetooth earpieces, and almost every other device with wireless communication capabilities function on the 2.4 GHz band, not 5 GHz.

The channel, as a result, is likely to be busy, hampering the performance of the connected devices, including your Chromecast. 5 GHz, on the other hand, is relatively new (as far as usage goes) and nowhere as congested. That means it is likely to afford a quicker and smoother streaming experience.

The 5 GHz frequency band was introduced in 1999 but became mainstream only a decade later, in 2009, when Wi-Fi 4 (802.11n) was introduced. 5 GHz is, therefore, relatively new and unchartered.

4K HDR content that benefits from the fast 5 GHz Wi-Fi speeds were still taking baby steps during those days.

The second-gen Chromecast, released in September 2015, offered improved Wi-Fi performance, with support for both 2.4 GHz (802.11 ac) and 5 GHz bands. It also had three adaptive antennas for improved home router connections.

The Chromecast 2 switched between the antennae trio to rope in the strongest Wi-Fi signal possible and offer optimal performance. The three antennas, combined with 5 GHz band compatibility, enhanced connection stability and boosted the streaming experience.

Chromecast Ultra was an improvement over the second-gen Chromecast (you can call it Chromecast 2S). Its upgraded hardware supported 4K streaming and Dolby Vision and HDR10 formats.

Launched in 2020, Chromecast with Google TV is the most recent and advanced Chromecast. It’s got better hardware and software experience, thanks to the new Google TV interface.

The device has a dedicated remote to control a TV or soundbar’s volume, power, and input functions using infrared signals or HDMI-CEC.

Which Wi-Fi is Better for Your Chromecast: 2.4 GHz or 5 GHz?

Because the number “5” is bigger than “2.4,” 5 GHz may seem like a significant upgrade over 2.4 GHz, which it is, but things are not that binary.

In other words, both have their positives and negatives. 5 GHz offers more speed, whereas 2.4 GHz provides excellent range.

Most standard Wi-Fi routers that operate on the 2.4 GHz band can transmit Wi-Fi signals up to 46 meters (150 feet) indoors and 92 meters (300 feet) outdoors.

5 GHz can’t send signals too far as it’s more concentrated or does much faster speeds than 2.4 GHz.

In real-world conditions, that speed can drop as 2.4 GHz is more prone to interference or it has fewer non-overlapping “Wi-Fi channels.”

What is a Wi-Fi channel?

A Wi-Fi channel is a smaller band within the Wi-Fi frequency bands (5 GHz or 2.4 GHz) your wireless network uses to transmit and receive information.

Watch the video below (from the 2:20-minute mark) to learn more about the difference between the 2.4 GHz and 5 GHz wireless channels and overlapping:

So, which Wi-Fi band is better for your Chromecast?

It depends on the number of devices connected to the internet, the distance between the streaming dongle and your router, and physical interferences (walls, floors, etc.) in your space, among other things.

A 5 GHz connection is usually recommended. If you still use the first-gen Chromecast, you have no option but to use the 2.4 GHz band.

The 5 GHz band is ideal for streaming 4K videos, playing resource-heavy games online, and performing other things that have high-bandwidth requirements.

Connecting the streaming dongle to the 5 GHz band is also recommended if more than one device is connected to the same internet connection, as the increased bandwidth makes sharing easy.

On the other hand, connecting to the 2.4 GHz band makes sense if the Wi-Fi router is located farther or in another room. But be prepared for a significant speed drop and issues streaming 4K content.

If you cannot bring the router any closer and you don’t want to compromise on speed either, use Wi-Fi range extenders or a mesh Wi-Fi setup to connect to the 5 GHz band from a distance.

There could be a slight dip in speed due to the “relaying,” but nothing bothersome.

The following are some products we recommend for the setup:

To learn how to set up a Wi-Fi extender, watch this video:

Watch the video below for Wi-Fi mesh installation instructions:

The TP-Link product mentioned in the video is linked above.

Can I Connect My Chromecast to the Internet Wired?

Yes, you can connect your Chromecast to wired internet with an Ethernet cable and an Ethernet adapter.

Wireless internet is excellent and extremely capable. But it still isn’t on par with wired internet in terms of stability and reliability. Unlike Wi-Fi, an Ethernet connection is devoid of external disturbances or interferences.

Besides no internet traffic or congestion, your Chromecast will be first in line for the best internet speed and connection.

So, how do you connect your Chromecast to your internet wired? 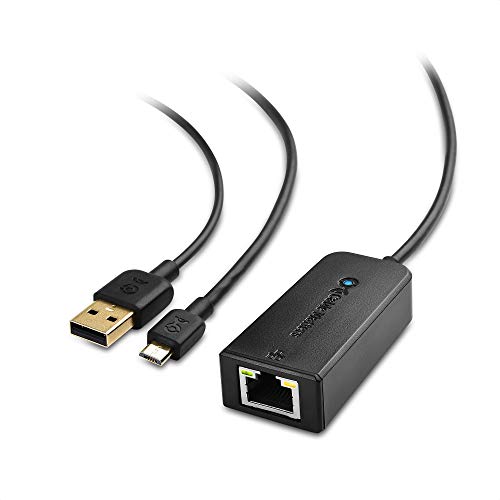 Here are the steps to connect the devices:

Step 1: Take the micro-USB connector from one of the Ethernet adapter’s cables and plug it into your Chromecast’s micro-USB port.

If it’s a Chromecast with Google TV (the 2020 model), you’ll need a USB-C to Ethernet adapter instead, like the Cable Matters USB to Gigabit Ethernet Adapter .

Plug the USB-C connector into the USB-C port on the Chromecast.

Step 2: Plug the USB-A side of the cable into the AC power adapter.

Step 4: Turn on the power supply. You may start setting up the Google Home application on your device.

If the Ethernet port is built into your Chromecast’s power adapter–like with the Chromecast Ultra–you won’t need the adapter. An Ethernet cable, like the Amazon Basics RJ45 Cat-6 Ethernet Patch Internet Cable , will be par for the course. 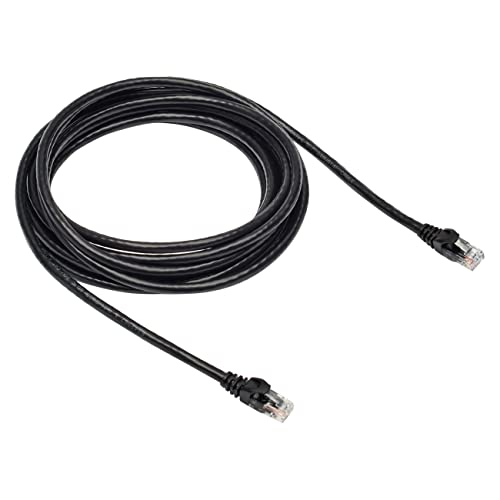 In that case, plug one end of the line into the power adapter’s Ethernet port and the other end into the router.

Can You Use Chromecast Without Wi-Fi?

Yes, you can use Chromecast without Wi-Fi.

Chromecasts require an internet connection and updated firmware to work. It doesn’t matter how and where it gets its internet from. Wi-Fi is only one of the many ways to access the internet.

As mentioned above, you can use an Ethernet cable or wired internet. You may also turn on the mobile hotspot on your phone and pass some internet juice to the streaming dongle.

No, Chromecasts don’t support the 6 GHz Wi-Fi band, including the most recent “Chromecast with Google TV.”

Future iterations would likely support the Wi-Fi 6E band depending on how popular the frequency band gets and when Google launches its next Chromecast.

Not to mention, Wi-Fi 6E routers are relatively expensive compared to traditional dual-band routers. The TP-Link AXE5400  is one of the few “affordable” Wi-Fi 6E routers you can get currently. 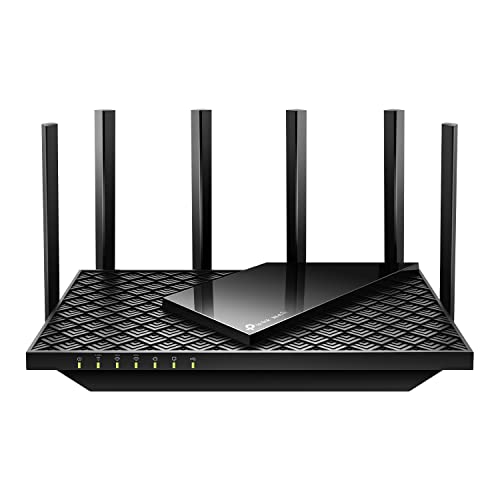 Wi-Fi 6E routers are backward-compatible and should work fine with devices using previous standards. But if you buy it later, you’ll not pay as high a price as today.

The 2.4 GHz and 5 GHz frequency bands are discrete but co-exist. They have their positives and negatives, but the 5 GHz is considered more modern.

Which one should you pick from the two? Luckily, you can have them both. But depending on your internet needs, one may offer more value over the other.

If you fancy speed and live in a small space with no wall or floor between your router and your device, 5 GHz is ideal. But if your abode is relatively big and the router is placed at a distance, 2.4 GHz will suit your requirements better.

Regarding which band works with Chromecasts the best, 5 GHz it is—especially for data-intensive streaming and when the router located nearby.

A 2.4 GHz connection is more suitable if the router is situated afar, a wired Ethernet connection is not an option, or when you just don’t need those high 5 GHz speeds.

But if your bandwidth requirements are high and you cannot bring the Wi-Fi router any closer to place it within the 5 GHz range, use Wi-Fi extenders and mesh systems.