Is your laser pointer weak? Are you wondering what color would be stronger, brighter, or better for you?

There are several laser pointer options available today. It is essential to know which one best serves your purpose.

Some laser pointer colors are stronger, more intense, and brighter than their counterparts. If you do not understand the science behind these qualities, it will be hard to decide what color is best for you.

This article answers some frequently asked questions about laser pointers. Find out the strongest and most visible laser pointer colors available!

What Laser Pointer Color is the Strongest?

Laser pointers come in three primary colors: red, green, and blue. The wavelength of the light beam determines the color.

The colors to the far-right have the shortest wavelengths and the most energy; they are considered the strongest in terms of intensity, and blue light belongs in this category.

At 400-500nm, blue light has a shorter wavelength than red and green. It also has the least visibility of 3%.

The short wavelength of blue lasers causes them to have stronger focus and resolution. These qualities, coupled with high power output, increase their igniting ability.

It would be best to use a blue laser pointer with caution; it can quickly burn materials like paper, pop balloons, and melt plastic.

Blue laser pointers are the strongest in intensity and igniting power. However, they are not the brightest.

What Laser Pointer Color is the Brightest?

The lights on both ends of the light spectrum are the least visible. Infrared (10,000nm) and UV (337-193) lights are entirely invisible to the human eye, only perceiving them as heat.

On the spectrum, visibility increases inwards, towards the middle. Nestled somewhere in the middle of the visible light spectrum is the green light.

The green light has a wavelength of 532-555nm. It is powerful and focused but not as intense as blue light.

Green laser pointers appear brighter than other pointer colors at the same power. This perceived brightness is because, at 88-100%, green light has the highest visibility on the spectrum.

The human eyes are most sensitive to the wavelength of green light. Hence, if you compare green vs. red laser pointers of 5mW, green will appear 5-7 times brighter than red.

What Laser Pointer Color is the Mildest?

Red light is on the far left of the visible light spectrum. At 650-700nm, it has the longest wavelengths and the lowest photon energy.

Red light has 24% visibility which means it is not as visible to the human eye as green light, but it is far more visible than blue light.

Red laser pointers have been in circulation longer than others; they are less expensive and readily available.

The most significant advantage of red laser pointers is that they are the least focused and intense. Hence they are widely accepted for indoor and casual use.

Laser pointers fall into 5 different classes of lasers. Each class is decidedly different in terms of power output and burning ability.

Some classes only pose a danger to the eyes, while others can cause bodily harm, ignite objects, and start fires.

Class 1: This class includes laser pointers with less than 0.5mW power output. They are safe for the eyes and cause no damage even when you stare at them for a while.

Class 2: Laser pointers in this category output between 0.5-0.99mW. In an accidental or momentary exposure, they are harmless to the eyes but can cause a temporary visual disturbance.

Class 3A: These are laser pointers with a power output of 1-4.99mW. The majority of presentation pointers fall into this category.

They are intense enough to cause damage to the retina, but if the exposure is momentary, you can avoid permanent damage.

Class 3B: These laser pointers output between 5-499mW. They are considered dangerous and are illegal in certain parts of the world. 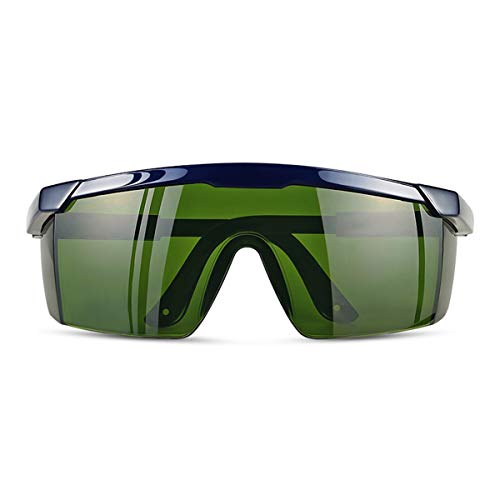 People are advised to use these laser pointers with safety goggles  safety goggles. Given enough time, they can ignite paper, melt plastic, and even scorch wood.

Class 4: These include laser pointers at 500mW and above. They are highly dangerous and can cause severe burns and fires, even from a distance.

Typically, you would require a permit to use these laser pointers outside a building. Professionals use them in laser light shows and ensure that they protect the audience against exposure.

2. What color laser pointer should I buy?

Your answer to those questions will determine the best laser pointer color for you.

For business or educational presentations, pet playtime, or light photography, you need a moderately bright laser pointer. A red pointer is the best option—especially for indoor use.

If you are presenting outdoors or in a bright room, the ambiance may cause your laser pointer to appear dim. We recommend a green laser pointer in this situation.

The human eye perceives green light better than other colors, so it is clearer in ambient light.

Green light has also proven essential in astronomy and stargazing. It travels farther and scatters more than red light; it is visible high up in the sky.

If you’re in the market for a laser pointer with burning abilities, you should first arm yourself with the facts. Power is the essential factor for laser burning ability.

Any laser pointer color can ignite a fire depending on its power output. A laser pointer up to 300mW should be able to ignite paper and melt plastic.

Regardless, blue laser pointers are the option of choice. They are usually above 500mW due to their low visibility.

Are you in the market for a laser pointer, and you can’t decide what color to buy? We wrote this article to help you find the right one.

Usually, laser pointer beams are invisible in a clear atmosphere, so this is no cause for concern. They are more visible at night or in darkened rooms.

If you want a visible beam, take a look at our list of 6 ways to make your laser pointer beam visible.

All of my friends were wrong. Thank you for informing me and my wrong friends about how RED lasers are NOT the best.