Smartphones (partially) support hot plugging. You can remove the cables of your headphones and insert another pair of wired earphones into your phone’s 3.5mm jack without turning off and on the device or worrying about damaging the phone or the headset in the process.

If you had to turn off the phone each time you were to insert your favorite pair of cans into the device, that would not just be cumbersome but also highly inconvenient. Your smartphone or portable audio player is “hot-pluggable” in that regard.

But you should not remove the user-replaceable battery while the phone is still switched on. While nothing’s preventing you from doing that, it’s recommended to turn off the device before proceeding any further so that you do not risk ruining your device and voiding the device’s warranty. This process is called “cold plugging”.

Your phones don’t use HDMI. And this begs the question, “Does HDMI support hot plugging?” or “What is HDMI hot plug?”. Keep reading to find that out and more.

What is HDMI Hot Plug?

HDMI hot plug is inserting an HDMI cable into the HDMI port of a display or output device while it’s still on. You must connect the cable to its source device, which should also be powered on, for the connection to be deemed as “hot plugging”.

The term “hot” essentially denotes that the HDMI socket is live during the plugging process. If one or both the devices had to be turned off before removing or inserting the HDMI cable, that would be called cold plugging (as glazed over above).

Generally, HDMI hot plugging is not bad, provided it is done correctly, and the HDMI cable and the concerned ports have no structural issues. The HDMI link protocol has always backed hot plugging.

If the linked devices have unbalanced grounding issues, the HDMI docks are loose, and the HDMI lead is bad, a short circuit risk during the hot plugging is high.

Excessive plugging in and out could also prematurely wear out any HDMI port, causing connection issues and electrical hazards during hot plugging. You could also inadvertently kill your HDMI input port by hot plugging.

Also, when dealing with large devices and their less ubiquitous technologies, it’s imperative to learn beforehand if the device is capable of hot plugging.

When the implementation is proper, and device compatibility is ascertained, there shall be no damage to the HDMI port, output or input device, or the cable.

Irrespective of how sure you are about the compatibility of the devices and how meticulously you go about the process, you can never be sure about hot-plugging posing no risks.

Though many users have never encountered an issue with HDMI hot plugging in years, there would always be reports of hot-plugging instances burning out interface chips now and again.

The element of risk is primarily due to electrostatic discharge. ESD is the sudden electricity flow caused when two electrically charged devices or objects come in contact.

Each time you power an electronic item or component on by turning the switch on, there’s an inherent risk not seen or felt by the user. The threat is usually due to the hidden damage that static discharge inflicts upon integrated circuits.

Another vital aspect to look into is the condition of the cable itself. If the line is worn out or in a bad state, hot plugging with it may not be safe or lead to unforeseen events, such as an electric spark.

What is Hot Plug Detect? 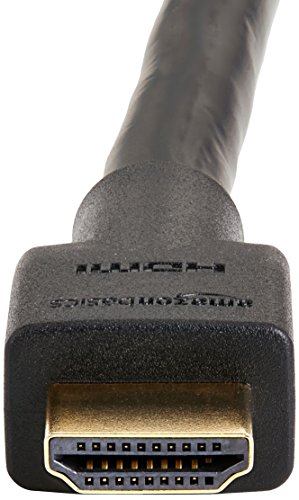 HPD denotes a communication process between a sink and a source device. It brings to the source device’s notice the status of its link with the sink device.

The feature relies on a pin (19th pin) in the HDMI connector. It makes contact with the port, thereby initiating the process. Any damage to the pin shall result in a hot plug detection failure.

How Does Hot Plug Detect Work in HDMI?

When the transmitting or source end of the HDMI connection accesses the output or receiving end, the latter responds to the hot plug detection.

DDC, by the way, denotes a bus standard that facilitates communication between the host and display device. Buses generally transmit signals between components.

What is Hot Swap HDMI? 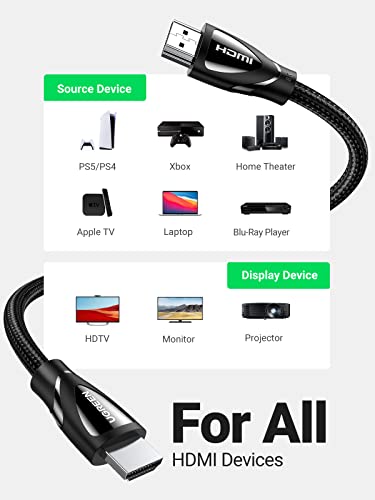 Several people use the terms “hot plugging” and “hot swapping” interchangeably since both entail adding or taking out a removable unit without interrupting the main system’s workflow. The two, however, are not the same thing.

Hot swapping, unlike hot plugging, entails component replacement. It is the removal or addition of a module, thereby expanding the system’s capabilities.

The swapping method is typically employed when an existing component breaks down and requires replacement for the main system to continue working. On the other hand, hot plugging helps attach segments to expand a system’s capabilities or carry out data synchronization.

Is It Safe to Hot Swap HDMI?

Hot-swap HDMI is as safe and as dangerous as hot plugging since both have the same fundamental mechanisms.

With hot swapping, things can go wrong in the form of damaged sockets if anecdotal reports were to be considered.

A user on AV Forums claimed they blew out three sockets when hot-swapping HDMI cords. And we are sure there are hundreds, if not thousands, of such horror stories floating on the web.

What are the other hot-plug connections other than HDMI?

Besides HDMI, a USB connection is hot-pluggable. A printer, mouse, keyboard, and external hard drive are USB-based peripherals that can be hot-plugged safely. A power supply could also be hot plugged into a computer with zero issues.

SCSI (Small Computer Systems Interface) and FireWire are some other hot-pluggable options. Several modern mainframe and server components, such as SATA and PCIe (peripheral component interconnect express) drives, could be hot plugged too.

Generally, hot plugging is safe and time-efficient, provided the hot-plugged devices are designed for the same. If you’re unsure how your device would react to hot plugging, stick to cold plugging or cold swapping.

On the other hand, if you’re confident the device and the cable are hot-plugging-safe and have done that multiple times before, or you cannot afford to switch off the device before plugging and unplugging, go ahead and plug it in hot.

But if minimal system downtime doesn’t throw a wrench in your workflow or you’re winding down for the day, taking the HDMI cables out after turning off the device is highly advised.