The Zenith Radio Corporation developed the first TV remote control in 1950. It was tethered to the television with a wire.

In 1955, “Flashmatic,” the first wireless remote control, happened, and there has been no looking back ever since.

The remote control that we use now is not just convenient but also indispensable. It’s so essential that even smartphones come with built-in sensors or allow app integration to provide remote control functionality.

But this heavy reliance on the remote can be handicapping when the remote control is lost, damaged, or unusable. Powering on the device, changing the volume, navigating channels, etc., become a struggle without a remote.

Luckily, TVs have not wholly ditched their buttons in view of the remote. Although you don’t get all the buttons that a standard remote has, the basics are covered.

This article will look at how you can turn on a smart TV without using the remote control.

Read on to learn to interact with your smart TV without its remote.

How to Turn on a Smart TV Without a Remote 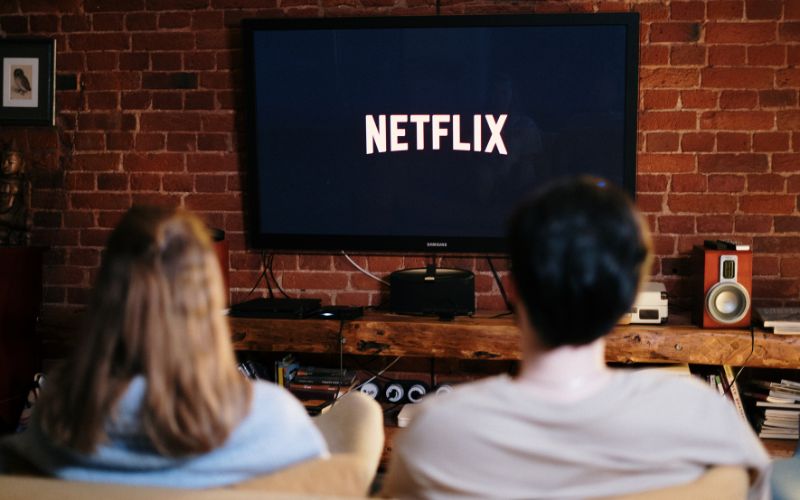 If you’ve lost the remote, the batteries have died, or the controller device is damaged, use your smart TV’s power button to turn it on. The button is usually located under the screen on the rear side of the frame.

Based on the TV brand, the power button could be located differently. You just have to know where it is.

To turn on your smart TV, press and hold the button to power on your TV. Use the same motion to turn off the device.

To locate the power button on your Samsung smart TV, look for a red LED light beneath the screen. Press the button right below the light to power on your device.

Here’s a video showing demonstrating the above:

How To Turn On Samsung TV Without Remote & Adjust Settings

To turn off the device, press the same button to pull up the menu. Press the button again to navigate the options, including the option to power off the television.

Once you’re on the correct option, press the power button and hold until the television is turned off.

You could also find the power button on your Samsung TV below the front panel in the middle or side.

Here is a video showing where you can find the Jog Controller function and how to use it:

The Jog Controller can be found on most F, H, and J series Samsung TVs. Older models may not have the set of keys, however.

The other buttons let you access the menu, enable Smart Hub, change the input source, etc.

The method or steps to turn on your LG smart TV without a remote is pretty similar to other TV brands.

Look for the power button at the bottom or sides of your LG TV behind the panel. Press the button and hold it for a few seconds until the TV turns on.

Like Samsung and other TVs, pressing the button after the TV is turned on evokes the various control options—such as volume up/down, channel up/down, inputs, and, of course, the power button, as shown in the video below:

How to turn ON/OFF LG TV without a remote control!

Like every other TV brand, the set of keys used or the exact method to turn on a Sony smart TV also depends on the particular model.

In other words, the button could be located behind the panel at the bottom center, on the left or right side, etc.

Pressing the button will not power on or off the TV. It would pull up an options menu instead (as expected), including the power option.

The directions to use the key are similar to other TVs.

Your Sony TV may also have a three-button (power, plus, and minus) setup to its rear. Pressing the middle button and holding it for a few seconds would help turn off or on your TV.

Here is a video demonstrating how to power on a Sony TV without using the remote:

Sony Smart TV: How Turn Off / On with No Remote (Use Button on TV)

As alluded to earlier, you can also use your smartphone as a makeshift remote with an app or a built-in feature on the handheld device.

Most smart TV brands, in fact, have their proprietary apps to link their TV with a smartphone.

These remote TV apps use Bluetooth, Wi-Fi, or the IR (infrared) port to function. If your smartphone uses an infrared sensor, ensure there are no obstacles between your TV and phone.

With Bluetooth and Wi-Fi-based remote TV apps, such hindrances are a non-issue. Moreover, you need not point your phone at the TV to make changes.

To use your smartphone as a remote, just launch the app, choose your TV brand from the options, allow your TV and phone to synchronize, and start playing.

Do note that you cannot power on your TV with a remote TV phone app. The remote TV app counts only after your TV is plugged in and turned on manually.

Here’s how Samsung lets you use your smartphone as a remote control with the Smart View app:

The video may be a few years old, but Smart View is still relevant. Make sure your Samsung smart TV and smartphone are on the same Wi-Fi network for the connection to work.

LG also offers proprietary solutions to wirelessly connect its TVs to mobile devices with the LG TV Plus app. Some older LG TVs may not work with the latest smart TV app. It would work with an older version of the app, however.

You can also use a universal remote TV app with your Samsung, Sony, LG, or other TV brands.

And if you’re using a Roku, Fire TV, or another streaming device, use the remotes that came with those machines.

Use Your TV Buttons Temporarily 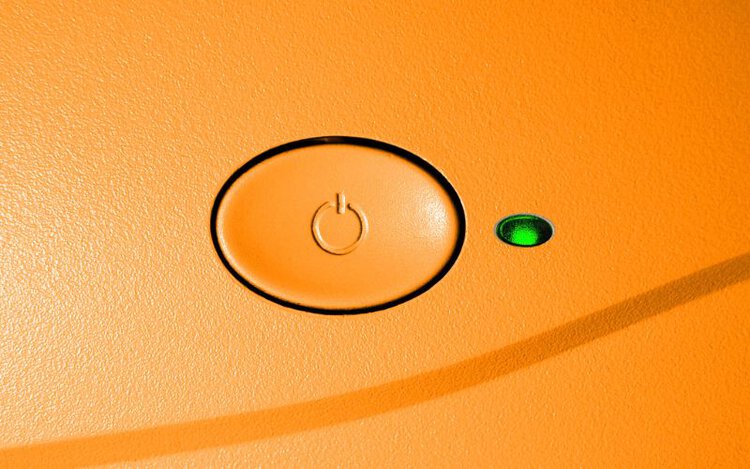 Whether your smart TV’s hardware buttons offer basic or complete control, those should never be your primary means to interact with your TV.

Every piece of hardware has a shelf life. After a certain period of use and wear, they tend to lose their function or break. If the TV remote buttons break or get permanently stuck in their pits, you can get a replacement remote.

But it will be hard to repair or replace TV hardware keys. If those buttons are vital to using the TV, you’ll have to buy a new TV, which is undoubtedly a lot pricier proposition than buying a new remote.

Powering on/off your smart TV or navigating its other functions without a remote is not impossible. Every TV has hardware buttons for essential functions.

And because those buttons are not optional, even the latest smart TVs with ultra-slim bezels have not ditched them, usually placing them behind the panel.

With that said, the remote control is a convenience that people have gotten so used to that using the TV without it feels decapitating.

While your smart TV’s hardware buttons will sail your boat, you will ultimately need the remote control sooner or later.

Luckily, replacement remote controls aren’t expensive and readily available if you lost or damaged your current remote and are forced to use your TV’s power buttons.

Not to mention, your smartphone and its remote TV app can also come to your rescue.