Owning an Apple TV is pretty awesome until you have to tweak through a couple of settings to get that perfect viewing experience.

Troubleshooting an audio issue, for example, is one of them.

But don’t fret! You’re probably here because you’re looking to change your audio output for a better sound experience from your Apple TV.

The good news? You can enhance your listening experience with the help of a few workarounds.

But before we dive in, let’s clarify a few things…

What Is an Audio Output? 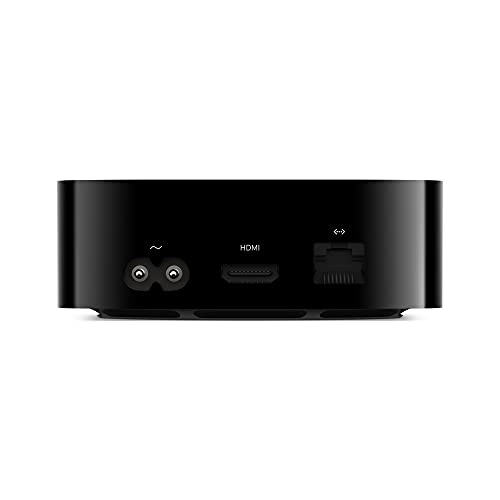 An audio output, also called audio out, can be a device or a port that’s able to transform gibberish signals into listenable sound waves when you plug a cord with it. Audio outputs serve as a gateway to translate the signal into a sound that is recognizable to the human ear.

The cable from your Apple TV’s HDMI port then goes into your television’s HDMI input so your Apple TV can receive sound. Then, it’s up to you whether or not you want to use either your TV’s built-in speakers or external speakers to amplify that sound.

You can check out Apple’s detailed explanation on how to set up your Apple TV sound system.

So How Do I Change My Default Audio Output?

As we mentioned before, the problem we have is that your Apple TV lists ‘TV Speakers’ as your only audio out option. But this doesn’t mean you’re forever stuck with built-in television speakers. You can choose another option that is not initially seen in your Apple TV settings.

Enter the HomePod and HomePod mini.

The HomePods and HomePod minis are both Apple-native speakers. It doesn’t take an Apple fanboy to realize that all Apple devices integrate seamlessly, whether it’s through iCloud, AirPlay, AirDrop, or Thread.

This means that when you own one of these HomePods, you can easily connect it to your Apple TV through your Home App. Here’s how:

First, you’ll need an iOS device to sync up your HomePod or HomePod mini with your Apple TV. Note that you need to update all your devices to the latest OS for this to work.

If one HomePod/HomePod mini isn’t cutting it and you want a more immersive sound, you can use two HomePods or HomePod minis as a stereo pair. This way, you’ll have a mini home entertainment system minus the bulk and the high price you get with a soundbar or a 5:1 surround sound setup.

The steps are pretty much similar to the instructions above, but with a few additional tips:

This connectivity feature—using HomePods as your alternative default audio output—was made available by releasing tvOS 15. Before the release of tvOS 15, Apple TV users were only allowed to connect HomePods/HomePod minis through AirPlay which was a hassle because you still had to connect the speakers every time you switched through Apple TV apps.

If your tvOS is outdated, consider updating your Apple TV software so the instructions above will work for you.

How Do I Update My Apple tvOS?

Updating your tvOS works similarly to how you update your iPhone OS. It’s a straightforward process. Here’s how:

After that, you will be asked to install new or update later. While updating, make sure to keep your Apple TV on and plugged in.

What if I Own an Outdated Apple TV Model?

If you own a non-4K Apple TV model, consider making HomePods as your default audio out a lost cause. This means you only have one default audio option from the Apple TV settings—the TV speakers.

If you’re using HomePods through AirPlay, you will have to set it as the audio out option every time you switch apps which can get very tedious and inconvenient.

But if you’re set on using external speakers, you don’t have to worry about changing your default audio option because you can always plug your television into external speakers with a separate HDMI cord for better audio quality.

What Are Some Other Audio Output Alternatives? 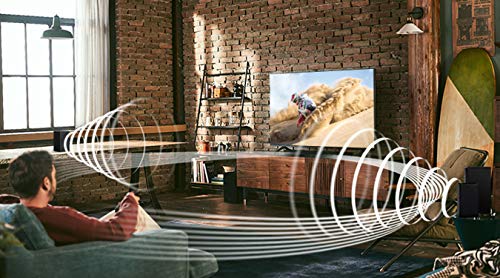 If you’re not a fan of the HomePods or are just considering looking through other options, you have many external speakers to choose from.

Samsung and VIZIO, for instance, make affordable high-quality speakers and soundbars. They have models that support Dolby Atmos, a surround sound technology that is also supported by Apple TV 4K models.

Another option, albeit in the higher end of the spectrum, is the Sonos Beam. The Sonos Beam is a popular AirPlay-supported speaker that can stand toe-to-toe with the ever-popular Bose. If you’re looking for crisp and pristine sound quality, you can never go wrong with a Sonos speaker.

The key takeaway from all this is that Apple TV 4K owners can change the default audio output in the Apple TV settings with two options: TV speakers and HomePods or HomePod minis.

On the other hand, Apple TV owners with older models can only set TV speakers as their only default audio output within the settings.

Regardless of whether you own a new or old Apple TV model, what matters is you have a workaround with Apple TV audio outputs. If you’re willing to shell out some extra cash and put in more effort with connecting HDMI cables, plugging in some high-quality external speakers for superb audio quality is always on the table.