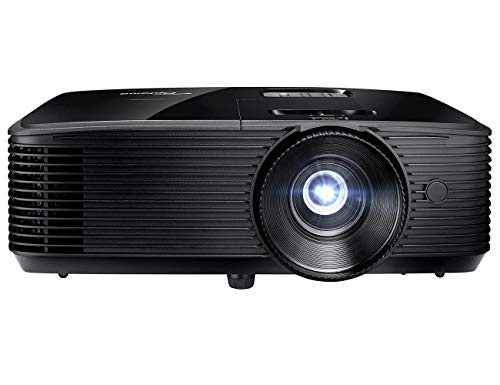 When you turn your Optoma projector on, it comes to life. And when you press the same button again, it shuts off. That’s normal.

But there are instances when your projector could turn off without any input from your side. And on the other hand, pressing the power button may not activate the device.

And then there’s this frequently reported issue that the projector turns on after pressing the power button but automatically switches itself off after a few seconds.

If that sounds like your Optoma projector, you are at the right place.

In this article, we’ll discuss all possible reasons your projector is behaving erratically and things you could do to alleviate those concerns.

Keep reading to get to know your Optoma projector better.

Before getting to why your Optoma projector turns off cold turkey and the solutions for the same, make sure you have the basics in place.

If the following are not in order, don’t fault the projector for not working as advertised.

If you’ve taken care of the above, and your projector keeps turning off abruptly, you may dig further.

The following are some reasons your Optoma projector turns itself off and the possible solutions.

If your Optoma projector switches off after some 20 to 30 seconds of staying on, that’s most likely an overheating problem.

Your Optoma projector likely has a built-in protection circuit to prevent overheating. When the projector gets extremely hot, the protection mechanism kicks in and turns off the device.

Why is my projector getting very hot? If you use your projector for hours (watch multiple movies on a trot) without breaks, any projector will get hot and exhausted.

But if that is now how you use your projector, and the device gets burning hot within a few minutes of use, it could be the cooling fan not doing its job.

Why is the cooling fan failing? Perhaps, it’s highly mucked up or totaled.

A dirty air filter could also be the reason. It is most likely to get dirty first.

Solution: Since overheating is the biggest reason for such unexpected shutdowns, try addressing that first.

Start with inspecting the cooling fan. If it’s not spinning at the required RPM or not rotating at all, look for the possible reasons it may not be working correctly.

Here is a video that shows you how to test your projector fan’s spinning capabilities empirically:

How to Check Your Projector Fan for RPM Output

If the fan is dirty, spruce it up with some canned air.

But first, take the fan out of the device and give it some compressed air treatment. Make sure the canned air’s nozzle is around a few inches from the fan.

If the fan is clean and spins alright, the thermal sensor triggering the shut down could be faulty.

The sensor detects the projector’s internal temperature and plays a significant role in preventing the device from overheating.

To prevent overheating in the future, make sure the projector’s ventilation is not obstructed, or there are no objects placed too close to the device’s openings.

If you’re taking your projector outside, keep it in the shade. If it’s boiling outside, don’t use the device outdoors.

And if your region is hot in general, always use your Optoma projector in an air-conditioned room.

It shall bode well for the overall lifespan of the device.

If your Optoma projector’s bulb has issues, that will reflect in the device’s performance—as decreased brightness, blurry images, or no visuals.

An aging or exhausted bulb is seldom the reason for a projector’s power woes. The bulb is also one of the various components in the device to be affected by those thermal concerns.

To further validate the above, many people experiencing shutdown problems with their projectors claim to have hundreds (if not thousands) of unused hours to their bulb’s credit.

However, your Optoma projector’s thermal sensor may go off and cause the projector to shut down if there’s something inherently wrong with the bulb—for instance, a bulge, portending a mini catastrophe.

When you turn your Optoma projector on, and it turns off a few seconds after making a popping sound, the lamp could be the issue.

And if you try turning the projector back on after that but to no avail, the bulb is most likely dead.

Solution: Replace the used lamp with a new one. That would help turn the projector back on, if not fix the power issues.

Do not forget to reset the lamp timer to zero so that your projector doesn’t wrongly assume it’s the same old bulb and continues to warn you about the aging bulb status.

If the projector’s power supply has issues, it would have trouble staying on throughout.

Solution: If the cables connecting your projector to its power supply look alright and there are still power concerns, unplug them and plug them back in to see if that helps.

Wait for a couple of minutes (at least) before replugging in those cables and turning on the device.

If it doesn’t, there’s likely an issue with the ports or the cords. Do not look for a replacement cable or anything without learning what’s wrong.

If you’re not able to detect the issue, get a skilled technician on board or contact Optoma support for assistance.

If the projector has a defective component or you accidentally broke it, it will likely exhibit power problems.

Solution: Open up the projector and visually inspect the innards. Look for any damage, deformity, burn, or melting in the parts, particularly the circuit board.

If you see any irregularities in the setup or individual parts, contact an Optoma expert to address the concern.

If you need external intervention and the projector is under warranty, get it inspected by Optoma.

Contact your local dealership first if the product is relatively new or still covered by the dealer. They’ll take the issue to Optoma, saving you the hassle and time.

When seeking help from a non-Optoma service provider, you’re not just required to spend out of your pocket, but you also void the device’s company warranty.

And if the technician you enlist for the job isn’t skilled enough, there’s always the possibility of wrecking the device further.

Therefore, contact an independent technician only when the projector warranty is over, and your dealer doesn’t care anymore.

Most importantly, do not take things into your own hands if you have little to no experience and expertise in assembling, disassembling, replacing, or assessing electronics.

The last thing you’d want is to be electrocuted.

Watch this video if you’d like to see what is under the hood of an Optoma projector and how complex it can be to access those different parts, particularly for a neophyte:

If your Optoma projector turns off after you’ve cleaned up its inside and the dust accumulated on its various components, send it to the company for a technical assessment and resolution.

As mentioned above, do not open up the device and take matters into your own hands at any point.

The last thing you’d want is to handle the projector with no technical knowledge and make it worse than it initially was.

Optoma is one of those few companies known for its reliable after-sales support. It would be unwise not to take full advantage of that, mainly when the device is still covered under warranty.