As HDMI cables become more universal, HDMI ports are as important as ever.

But unlike HDMI cables, HDMI ports usually come as an afterthought with most people thinking that they can just replace the cables connected to their LG TV.

However, removing and attaching HDMI cables can lead to damage for both the cable and the port.

This is why we recommend that you check your LG TV’s ports so that you can determine if you need to buy additional HDMI ports.

This short guide will help you identify where to find those HDMI ports on your TV and determine how many ports are in certain LG TV units.

How Many HDMI ports are on LG TVs? 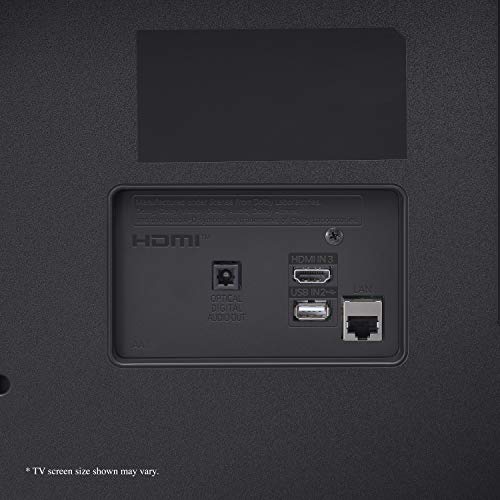 The number of HDMI ports varies per LG TV, and if you plan on connecting more than two devices it’s best to look for a model that has at least two ports.

Unfortunately, the number of ports doesn’t depend on the newness of the TV model.

On the other hand, the LG G1 65-inch 4K Smart OLED TV w/AI ThinQ®  which is older than the UHD 70 Series has four HDMI ports. Each of those ports is compatible with 4K at 120Hz.

Another example is the LG UHD 80 Series 4K Smart UHD TV , which is in the same product line as the LG UHD 70 Series, and has three HDMI ports.

So it’s not a matter of whether a product line is new or not. Rather, it all depends on how LG has designed each of its TVs.

But there is one thing that we are sure of, newer models will all have at least two HDMI ports.

Where are the HDMI ports on LG TVs?

HDMI ports can be found at the back of LG TVs. They’re often found together with other ports for VGA, USB, and audio.

You can usually find the HDMI ports below or beside the USB port.

However, what we noticed is that the HDMI ports found on newer LG TVs can be accessed from the side. This means that you only have to go to the side of your TV and plug an HDMI cable from there, instead of going all the way to the back of the unit.

LG’s QNED MiniLED 99 Series’ HDMI ports, for example, are found at the left-hand side of the TV.

How many HDMI ports do you need?

The best way to know how many HDMI ports you need is to count the number of devices that you intend to connect to your TV.

Will you have a soundbar? A console? A set-top box?

If you have all three of these devices and plan to use them regularly, you will need three HDMI ports. Three HDMI ports are ideal so you don’t need to replace plugs when you’re switching between devices.

Similarly, if you foresee buying another device (connected via HDMI) in the near future, it’s useful to take that into account when counting the number of ports that you need.

Take note that if your LG TV has an HDMI ARC, you can treat this as another HDMI port as well.

An HDMI ARC is different from a regular HDMI port because it only allows audio connections.

For example, say you have a soundbar which is your primary audio system. If you have a game played from a console, you will have to use the HDMI ARC port of your TV to the HDMI port of your soundbar.

This way, you won’t need to occupy another standard HDMI port.

If your LG TV has an HDMI ARC port, then the number of ports you’ll need will only depend on the other devices producing video signals.

How can I add more HDMI ports to my LG TV? 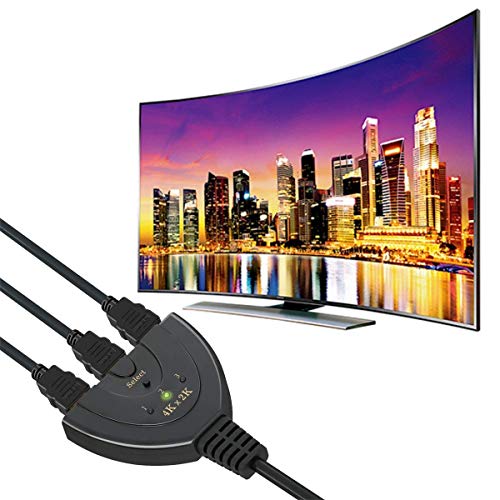 Not all LG TVs will have enough HDMI ports. But don’t worry, there is a way you can add more HDMI ports to your TV.

The easiest solution is to buy an HDMI switch . This is a small accessory that will add more HDMI ports to your TV.

It works like an extension cord, but it doesn’t allow two HDMI cables to transmit signals at the same time. It can run one device at a time, hence, the word ‘switch’.

Some switches will have a button that will let you choose which port will run. Other units will automatically choose which device to run depending on which one was turned on first.

The beauty of an HDMI switch is that you can leave all your devices plugged in. Because you have enough HDMI ports, you don’t need to replace plugs when you switch between devices.

But keep in mind that there are a few downsides to an HDMI switch.

We already mentioned that it can only run one device at a time. This means that if your console and soundbar are connected to the HDMI switch, you can’t play them together.

Similarly, if you’re using your PlayStation and you switch on your Apple TV, the switch could connect with the latter and disconnect with the former. This isn’t such a big deal since you’re probably not going to use the two devices at the same time.

If you plan on connecting your soundbar, we suggest that you plug it directly into the TV using an HDMI ARC port to not disrupt the audio transmission.

Most LG TVs have at least two HDMI ports. Some models can have up to four ports.

When choosing an LG TV, we recommend thinking about how many devices you plan to regularly use. This way, you can determine if your LG TV has enough ports.

If it doesn’t, you can use an HDMI switch  for additional HDMI ports. Just keep in mind that it cannot transmit signals to two different devices at the same time.

So plan accordingly and make sure that your devices have their own HDMI ports!