Are you wondering why one of the HDMI ports at the back of your TV has the “ARC” label?

Not sure what that means?

Or how different is it from the regular HDMI port?

Well, HDMI and HDMI ARC technology are way more similar than they are different.

Both the HDMI and the HDMI ARC are explicitly built for the new age media. Their primary function is to send high-quality and high bandwidth audio and video signals between devices.

They both support nearly all  AV devices and simplify the entertainment system setup by reducing cable clutter and confusion.

These two, however, are different in a few ways. They both serve other vital purposes in the set up which we will look at in the following chapters.

But before we get to that, it would be great to get a quick primer on the two technologies.

So let’s get to that right away. 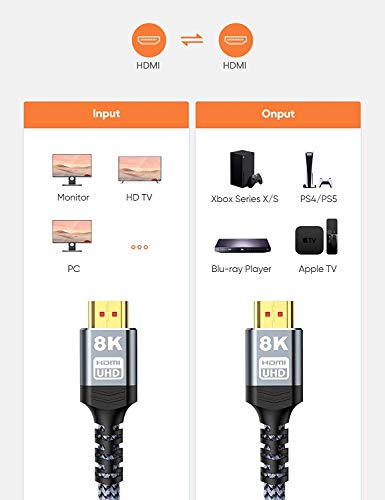 HDMI, which stands for High Definition Multimedia Interface, is a two-in-one cable. It transmits both video and audio signals between devices.

HDMI was first launched in 2002 to eliminate the need to use multiple cables to transmit audio and video signals.

Before the invention of HDMI, you would need one cable to send video signals and two more to transmit audio signals, which was not only cumbersome but created insane cable clutter.

In addition to transmitting signals, the HDMI cable has also come in handy in managing cable clutter.

In the nearly 20 years that HDMI has existed, there have been several versions launched.

The latest as of this post is the HDMI 2.1 version which supports all the latest video technologies like the 4K, 3D, 8K, HDR, to name but a few.

What is HDMI ARC? 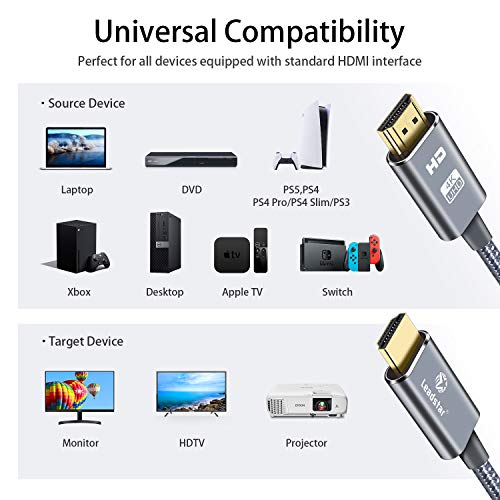 HDMI ARC stands for Audio Return Channel. Its primary function is to allow the transfer of audio signals to and from devices.

ARC technology is just a feature add-on of the HDMI cable. It was introduced in the HDM 1.4 version and has become so popular that it is now the most standard HDMI cable. It is found in almost all modern home theatre systems.

Why is it important?

It simplifies the system by eliminating the need for separate audio cables from your TV to the receiver.

All the audio signals are transferred to the TV and back to the receiver in a single cable.

This makes it easier because the audio is directed to the intended speakers without knowing which source device you are using.

And you also don’t have to switch between remotes. You can use your TV remote to adjust the audio of your speakers.

So, for instance, if you connect your TV to your portable speakers through the HDMI ARC, then you can essentially receive audio from every media you connect your TV. This can be your DVD-payer, Netflix, cable TV channels- name it.

All audio will be sent to your portable speakers.

You don’t have to worry about connecting audio cables. All that stress has been taken care of by

Not sure if your TV, receiver, or soundbar has an HDMI Arc port?

Check your manual or check the back of your device, where the connection ports are located. You want to specifically look for an HDMI port with the label, ‘HDMI ARC’.

Ideally, most newer TVs (from 2010) should have at least one ARC port. Some models have more than one, but most will have a single ARC port.

HDMI vs HDMI ARC: Side by side comparisons

For the most part, the HDMI and the HDMI ARC cable are similar. In fact, you can use an HDMI ARC just as you would a regular HDMI. This means if you connect an ARC into an HDMI port, it will work just fine in transmitting audio and video signals.

The only difference is that it will not return the audio signals to your receiver or soundbar.

Let’s breakdown the few differences that exist between the two technologies:

That is, both the source and the receiver device have to be HDMI ARC compatible. Otherwise, the cable will not work.

So if your TV has an ARC port, but your soundbar does not- the two are incompatible and therefore cannot work. And likewise, if your soundbar is ARC-compatible, but your TV is not, it will also not work.

Perhaps the other significant difference between the two cables is their mode of transmission or rather their primary function.

You see, the primary purpose for the HDMI cable from the start was to transmit digital signals in one single cable instead of using a separate cable for audio signals and another for video signals.

This is not to say that ARC does not transmit video signals. It does. Only that you would choose an ARC cable if your sole focus is to send audio signals to your TV and then back to your receiver or soundbar.

In short, HDMI ARC is a two-way cable, whereas HDMI is a one-way cable.

In an HDMI setup, you would still need to connect an audio cable from the TV to the receiver or soundbar.

HDMI ARC serves multiple purposes as opposed to the HDMI. With just a single ARC cable, you can connect to various devices. You can still connect to different devices using an HDMI cable, but there is a restriction to the number you can connect.

Still on the same point.

ARC cable serves both the functions of an HDMI cable and an Audio Return Cable, while you cannot use an HDMI in the place of an ARC cable.

One of the key benefits of using the ARC is the quality of the audio signals. Because it is purposely designed for audio signals, it produces high-quality sounds regardless of the device. 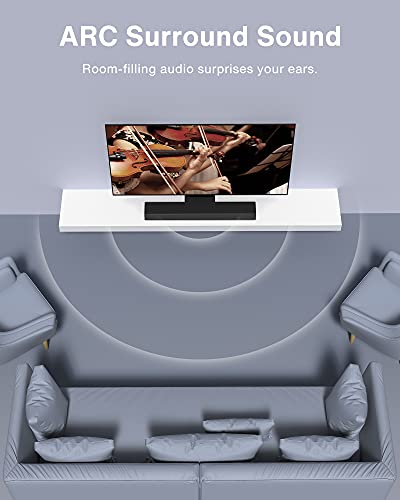 The audio signals transmitted through the ARC are sharper and more precise than those sent through HDMI only.

This is why ARC is often used in set ups with external speakers like soundbars and home theatres.

HDMI Audio Return Channel allows you to use only your TV remote control to switch on and control the entire set up. This saves you time and battery usage and minimizes the clutter that comes with multiple remotes.

With the HDMI cable, the setup is not unified. Therefore, you may need to use different remotes to control the audio of your devices.

How to Set up and make HDMI ARC work

Both the HDMI and the HDMI ARC cables are vital in any digital setup. However, each is needed for different types of setups.

An HDMI ARC is more vital if you are not content with the “terrible” audio that the TV speakers offer and wish to use your external speakers or receiver instead.

We highly recommend it if your setup includes either of the two. The audio quality you will get is excellent, and the setup is cleaner and simpler.

However, if you don’t mind using the TV speakers, then the ARC feature is superfluous. You can be content with using the HDMI cable but just know you will need to run an additional audio cable.

But all technicalities aside, both technologies work exceptionally well!