It happens to the best of us: you plug in your Chromecast and set it up, only to discover that the stream is blurry. What gives, Google?

The search “Why is my Chromecast blurry?” is currently among the top Google queries regarding this famous casting device. Evidently, it’s not just you who’s experiencing this.

To help you save time, I’ve put together a list of the most common reasons behind a blurry Chromecast and some troubleshooting tips to fix them.

Before fiddling with settings, or heaven forbid – popping your device open, consider the possibility that you’re experiencing a sag in your internet speed.

Even though Chromecast has a ton of valuable features, it relies largely on your Wi-Fi for video streaming, which might be problematic, particularly if your connection is not very fast.

If your downstream internet connection isn’t robust enough, your Chromecast or the device you’re streaming from might not have a strong enough signal to display content in the highest resolution possible.

To test if this is causing your problem, try playing content on your phone or PC without casting it to your TV. If you experience blurry video playback or slow buffering, your internet speed might indeed be the problem.

A common practice among older generation Chromecast users is to plug the power cable into one of the TV’s USB ports. I am guilty of this practice myself because, to be honest, it does look like an efficient setup.

However, for high-power devices, the official USB standard is 0.5 amps and most USB ports on TVs can only deliver that amount of power.

This could be a problem because all generations of Chromecasts require at least 1.0 amps of power. The newest generation even demands 1.5 amps.

The solution is to get a dedicated wall adapter for your Chromecast, which is what the company suggests in the first place. In fact, Chromecast Ultra and Chromecast with Google TV will only work when plugged into a wall outlet.

If you’re already using a power adapter, it’s possible that the power brick is broken and will need to be replaced. Fortunately, the abundance of gadgets these days allows us to have at least one extra power brick lying around.

If you’re using a Chromecast Ultra, however, you know that it can only be used with its provided cable and power adapter, so you need to order those specific replacements.

Your Chromecast is designed to adapt to the native resolution of the TV. Setting your TV to the maximum quality you want to utilize is the most straightforward approach to ensure that the Chromecast transmits video at the intended aspect ratio.

When you do this prior to casting to a Chromecast device, the stream’s aspect ratio and resolution should be automatically adjusted.

Chromecast natively uses an HDMI connection. But, it’s not impossible to use this device on monitors that do not have an HDMI port, however inconvenient the process might be.

Some people found a way to use a Chromecast with VGA and even AV converters. This is quite ingenious, but you’ll miss out on many of Chromecast’s features.

On the off chance that you’re using a Chromecast on a non-HDMI TV via converter cables, consider the possibility that those cables are now defective. And because the

AV and VGA technologies are a little old now, replacing those parts might prove to be challenging.

In that case, my practical recommendation is to save up to get a new TV.

Finally, the simplest reason for blurry video playback is that your Chromecast might be broken.

If its warranty hasn’t expired, you might want to get it replaced with a new one. Otherwise, consider buying another casting device altogether.

Troubleshooting Tips for a Blurry Chromecast

Relative to the possible issues above, you might want to try these simple, cost-effective tips to restore the quality of your Chromecast playback.

Make sure that the network isn’t overloaded or experiencing problems. If it is, restarting the modem or router might help.

Most routers today have a technology called dual-band. This means they can transmit a signal at two frequencies: 2.4 GHz and 5 GHz.

You might try switching to the 5 GHz wireless connection if your router supports it to boost network performance. Data can be transmitted faster over a 5 GHz frequency than it can over a 2.4 GHz one.

To be precise, 5 GHz could send data at up to 866 Mbps, while 2.4 GHz can only send it at up to 75 Mbps. Nevertheless, a 5 GHz network has a more limited area coverage than a 2.4 GHz connection, so bear that in mind.

3. Shorten the Distance to the Router

If it’s possible for your home, try moving the TV closer to the router or vice versa.

As mentioned, the 5 GHz band works better in confined, unobstructed spaces, so keeping the Chromecast closer to the router could help troubleshoot the poor connection.

It would also help if your source device uses the same 5 GHz connection and is similarly closer to the router.

The blurry playback on your Chromecast might be caused by too many applications running in the background of your source device.

Close all unnecessary apps before casting so more resources can be dedicated to smoothly playing back content.

If the source device is a laptop, try closing idle tabs on your browser and inactive programs in the background that might be using bandwidth.

If there are too many devices connected to your router, it can cause issues with streaming. Try connecting just one device at a time, and see if that fixes the problem.

If the entire family wishes to watch a movie via the Chromecast, you might want to ask them to temporarily disconnect their devices from the Wi-Fi.

Even though this casting device was created to choose the ideal TV display mode, there are instances when you’ll need to adjust the settings on your own.

It’s possible that the content you’re watching is encoded for 50 Hz if you experience lags, stutters, or blurriness.

You can manually activate 50 Hz HDMI mode on your Chromecast to fix this:

Thankfully, the majority of popular streaming services now allow Chromecast viewing. Even though many unofficial apps let you stream to your Chromecast, the official apps are the best. They often provide the best stream quality and smoothness.

If all else fails, consider picking up a Chromecast Ethernet adapter. This will allow you to connect directly to the router so there are fewer delays when streaming video or audio content.

You can also consider a Chromecast Ultra, which has a built-in Ethernet port. 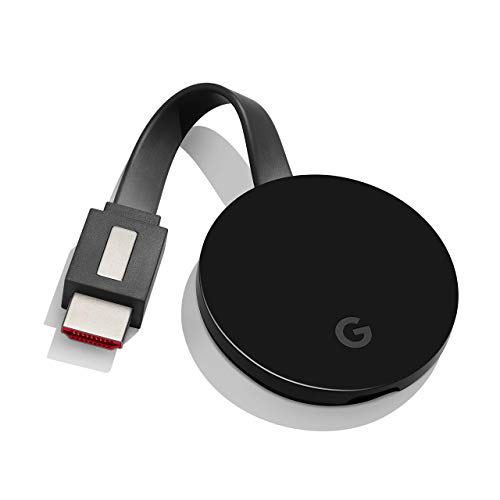 9. Make Sure Your Chromecast is Updated

If you’re using a Chromecast and with Google TV, go to the home screen and select Settings, System, About, and System update.

Please keep in mind that you cannot cast while it is upgrading.

Another thing you can try is updating the streaming apps you’re currently using with your Chromecast. Take time to update your YouTube, Netflix, or other streaming apps, and try casting again.