Prepare the Mickey-shaped cookies and Disney villain-inspired cocktails because tonight you’re having a Disney marathon! Or at least, you thought you were.

You’re playing a movie from Disney Plus on your laptop connected to a projector, but the screen is staying black. Confused, you try connecting your laptop to the projector with a new HDMI cable and try using another HDMI port.

However, the projector continues to display a black or No Signal screen.

So, why can’t you play Disney Plus on your projector?

1. Your Source Device is Connected to the Display via an HDMI Cable

Recently, the Disney Plus Helpdesk claimed that Disney Plus does not support HDMI connections. This means that it’s not possible to watch Disney Plus on a TV, projector, or monitor connected to an input device with an HDMI cable playing Disney Plus content.

While the reason for this is unknown, it does explain why so many Disney Plus users experience difficulties watching their favorite Disney movies on the big screen.

However, new information reveals that this may not be correct.

Additionally, since HDMI is the most popular method of connectivity, it doesn’t quite make sense why Disney Plus would make its platform incompatible with it.

This leads us to believe that there may be contributing factors to Disney Plus not playing on a projector.

2. There Is an Issue with the HDCP

Disney Plus, along with other popular streaming platforms, will only play on HDCP-compliant devices.

HDCP, or High-bandwidth Digital Content Protection, prevents users from illegally copying content played through AV interfaces such as DisplayPort, DVI, VGA, and of course, HDMI. It acts as a security measure since it blocks external devices from digitally recording the content.

The capture card is then connected to a display, where the pirater can select, play, and record content to watch later. In some cases, they may even choose to sell the recorded content for profit.

Since capture cards are not HDCP-compliant, Disney Plus will display an error message once it detects it, preventing any of its content from being illegally recorded. So, instead of recording The Lion King, piraters will only be able to record an error message.

While these HDCP-compliance regulations usually do not pose a problem for users trying to watch content legally, they can prevent you from watching your Disney Plus movies on the big screen if your projector does not support HDCP.

The video below demonstrates this by connecting an Apple TV box to a non-HDCP-compliant surround sound receiver. Although the TV connected to the receiver is HDCP compliant, the user cannot access Disney Plus content since it’s being routed through the non-HDCP-compliant receiver.

How to fix HDCP fault Disney+

Solution 1 – Plug Your Input Source Directly into the Projector

Unplug your input source device from the non-HDCP-compliant device. 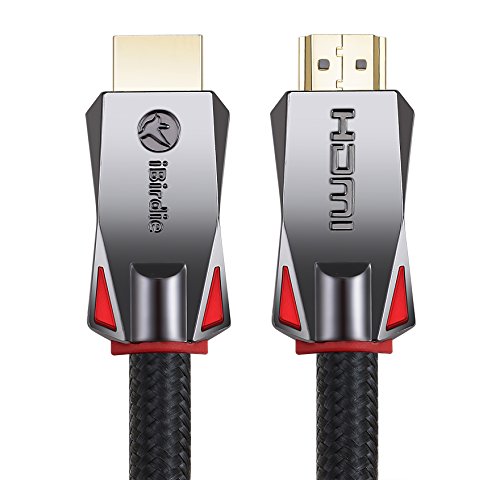 Solution 2 – Use an HDMI Splitter

Some projectors may not be HDCP-compliant. Check your unit’s manual to confirm if your unit supports HDCP regulations.

To learn more about HDMI splitters, how they work, and which ones we recommend, check out our article 6 Good HDMI Splitters That Can Bypass HDCP.

Step 1: Plug your source device into the HDMI splitter’s Input port with an HDCP-compliant HDMI cable.

Step 3: If your HDMI splitter needs to be powered, plug it into the nearest wall outlet using its provided power cable.

Step 4: Change your projector’s input to the same HDMI port the HDMI splitter is plugged into.

3. There Is a DRM Infringement

If you’re trying to watch Disney Plus on a smart projector that has built-in apps, Disney Plus may be detecting Digital Rights Management (DRM) infringement.

Like HDCP, DRM also seeks to prevent piracy. However, unlike HDCP, DRM is not included on AV interfaces. Since DRM deals with digital piracy, it’s fitted directly onto the devices.

Disney Plus will not display any of its DRM-protected content on non-DRM-compliant devices. Since DRM is built into devices when they’re manufactured, there is no way to make your projector DRM-compliant.

Alternatively, your projector may be DRM-compliant but have some software bugs preventing the Disney Plug app from running smoothly. Some errors in the code could be marking the device as non-DRM-compliant to the Disney Plus app, leading to that loathsome error message.

The good news is that there are a few different ways you can resolve this issue.

We’ve included three solutions below that are taken from Disney Plus’s troubleshooting team. While these solutions were originally intended for Android TVs, many of them will work on smart projectors that run Android TV OS.

If your projector does not run Android TV OS, proceed to Solution 3, which will work on any unit.

Step 2: Use the remote’s Arrow buttons to head to the home screen’s top-right corner to click on Settings.

Step 1: Click your projector remote’s Home button to navigate to the Home page.

Step 2: Head to Settings, found in the top-right corner of the Home page.

Step 4: Then, select About Device.

Step 5: Click on Software Update and wait for your projector to install any updates before rebooting.

Step 1: Turn off your projector. This can either be done via its settings or by clicking the Power button found on the control panel or remote.

Then, unplug it from power for at least 60 seconds.

Step 2: If your projector has a power button on its control panel, press it for 5 seconds. Please note that this process can not be done with the remote’s Power button.

If your projector does not have a Power button located on its control panel, leave it unplugged for an additional 2 minutes.

Step 3: Next, plug your projector back into a wall outlet and turn it on using the Power button on the control panel or remote.

Step 4: Once it’s rebooted, head to the Disney Plus app and try to play something to see if the issue has been resolved.

If you’re still experiencing problems with the Disney Plus app, contact the Disney+ Help Center.