The relationship between SDI and BNC  can be quite hard to understand. Are they different video connector types? Are they cable types? If you’re wondering about the similarities between both, you’re in the right place.

SDI and BNC are not two different video connector interfaces; neither are they male and female connectors of the same interface. However, they often work hand-in-hand to aid the transmission of uncompressed HD digital signals.

This article explains both terms and demonstrates just how they are related. Keep reading to find out when to use SDI and BNC.

SDI stands for Serial Digital Interface. It is a digital standard [format] for transmitting uncompressed and unencrypted digital video and audio between two devices or equipment.

SDI is a unidirectional video and audio signal. It is carried over 75 Ohm coaxial cables which use BNC plugs.

Unidirectional signals generate a single output that allows data to flow through from only one point, in one direction. This eliminates the risk of interference and reduces the chances of signal degradation. You must first decode SDI signals to display the video and audio information they carry.

SDI was developed for professional video broadcast operations; it is known to transmit high-bandwidth digital video over long distances up to 300m. SDI signals are transmitted between equipment like recorders, vision mixers, and PCs.

The SDI was first introduced in 1989 by The Society of Motion Picture and Television Engineers (SMPTE). It initially supported only SD video resolutions up to 480i and 576i.

Over time, SMPTE introduced various SDI standards to keep up with the advancing video resolutions (HD, 4K, and 8K), higher frame rates, and 3D video. The different SDI standards are tabled below.

Each SDI standard has its unique functions and supported video quality. We’ll explain them below.

SDI is transmitted over a coaxial cable which terminates in a BNC plug.

The SDI format transmits 16 channels of the PCM audio and uncompressed digital video. These high-bandwidth signals can extend to gigahertz, which standard SDI cables cannot support.

Because SDI cables use BNC connectors, people often refer to them as BNC cables.

When To Use SDI

SDI is used in professional settings where signal interruptions or disconnection is taboo/detrimental. It is mainly used where there is a lot of moving around and exposure to kicking, stepping, or tripping over the wires.

The lock-in mechanism of male and female BNC connectors is very reliable; it makes it difficult to disconnect them by pulling.

You can use SDI at TV studios, sporting events, concerts, and other live broadcast locations with wildlife or harsh weather conditions. The sturdiness of the SDI cable makes it ideal for such places.

While SDI has become a standard for professional broadcast systems, most consumer video devices (i.e., TVs) do not support SDI. They do not have BNC connectors for SDI because SDI is not HDCP-compliant.

SDI transmits digital HD video, which is often HDCP-protected to prevent piracy. For this reason, SDI transmissions are limited to professional video equipment.

The ability to transmit uncompressed (unaltered) signals is another reason SDI is welcomed on the professional field. Editing uncompressed video and audio is easier and ends with better results.

BNC is a connector plug format used with coaxial or fiber optic cables to extend their signal bandwidth. The female BNC connector is found on various devices like cable boxes, satellite receivers, radios, and televisions.

B in BNC stands for Bayonet (in reference to how a bayonet is attached to a firearm), and the NC stands for Neil-Concelman — a combination of its inventors’ names.

Paul Neil and Carl Concelman designed the BNC connector and introduced it in the 1940s. It is one of the strongest connector types. It is also very cheap and easy to install.

Often, male connector interfaces include a transmission cable unique to that connector type, but BNC is an exception. It only refers to a port and plug interface which you can use with more than one cable type.

The BNC male connector [plug] has a pin that you can use to attach it to a coaxial cable in a process called “crimping”.

How To Make Your Own HD SDI Video Cables

It also has a rotating ring used to lock onto the female connector. The female BNC connector [port] has two bayonet logs for coupling with the plug.

BNC connectors come in two main versions; there are 50-ohm and 75-ohm connectors, which have slightly different dimensions. The significant differences between both versions include the following:

In both cases, the 75-ohm connector is better. Hence, SDI cables use the 75-ohm plug because of its ability to accommodate higher digital signal bandwidths. 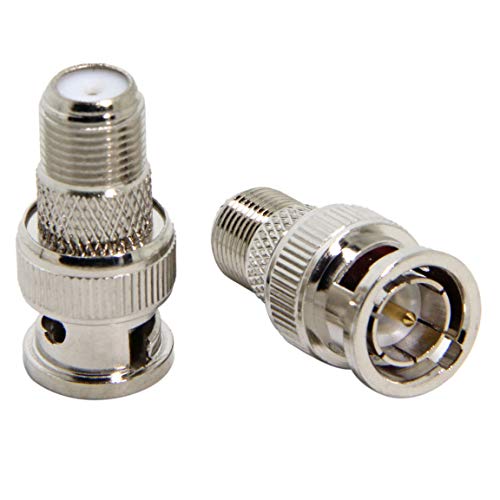 BNC connectors are used for connections involving SDI video signals, radio antennas, and other electronic equipment. They are versatile because they transmit both audio and video signals.

However, many video equipments are fitted with 50-ohm female connectors. If you want to use SDI, ensure that your transmitting devices use the 75-ohm BNC connector type.

NOTE: You cannot mix 50-ohm devices with 75-ohm cables and vice versa. Mixing both versions can result in a ‘standing wave’, which causes unrecoverable signal loss.

When To Use the BNC Connector

You can use the BNC connector in situations where rugged connectors are preferable. It is sturdy, strong, and resistant to harsh conditions.

Initially, BNC connectors were used for military and industrial installations. However, they gained ground in the commercial sector with RF and video signal devices.

As we mentioned before, most consumer devices do not support SDI. However, you can send media from an SDI source to other video devices.

Some converters switch signals from SDI to DVI  or SDI to HDMI .

Comparison of SDI and BNC

SDI and BNC are different things, but they are related based on their function. Both technologies contribute to transmitting high-bandwidth uncompressed digital video and audio.

SDI is a digital format that carries digital information, while BNC is a connector type that securely connects the cable to the input and output devices.

The SDI signal is unidirectional, eliminating the risk of interference and signal degradation. It carries digital audio and video information that the receiving device must first decode before display.

SDI is transmitted over Coaxial cables and BNC Connectors.

A BNC Connector is a plug-and-port format that extends the signal bandwidth of coaxial cables. The port and plug have a sturdy lock-in mechanism that makes the connection hard to break.

SDI circuitry/ports can get damaged if you establish the connection before the equipment is powered on.

The lock mechanism of BNC connectors stops the center pin from moving or detaching when a pulling force is exerted on the cable. BNC connectors are designed for outdoor use and are often durable and waterproof.

A 12G-SDI signal is a signal with a 12 Gbps transmission rate. It has eight times the bandwidth of the regular HD-SDI.

With a suitable connector (the 75-ohm BNC), 12G-SDI cables are known to carry signals over distances as far as 100 meters.

The original SDI signal could only carry SD signals. However, subsequent standards have been released to meet the higher resolution demands of the industry. 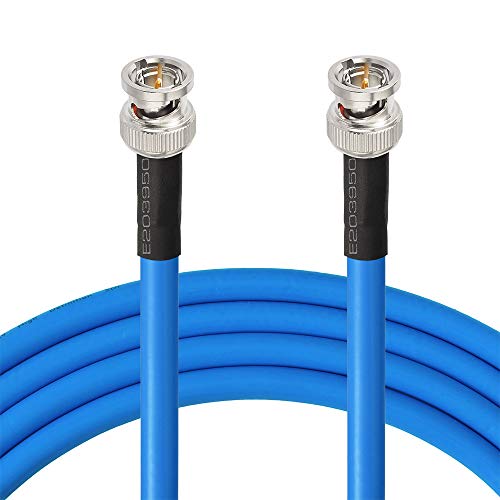 The SDI video format is ideal for telecom and broadcast companies. It might even be why your favorite sports broadcasts are timely and rarely disconnected.

While there are alternative interfaces and connectors for transmitting digital video, SDI has held its own as one of the best formats for outdoor use.

BNC aids the transmission of SDI signals by securing the connected devices together firmly.