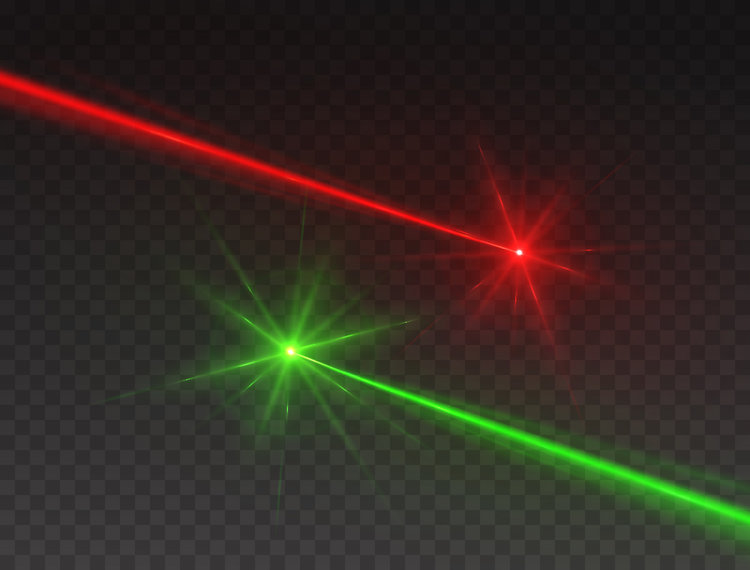 Green vs. Red Laser: Which one is brighter?

If you observe all the lasers in the market today, you’d notice that they have a variety of colors. There’s a scientific explanation why laser pointers can have different colors. The different colors are mainly based on their wavelength (or frequency). It can also be contributed by the materials used to produce the lasers.

Read on to find out what best explains why a laser beam might appear green and another, red. Also, you can figure out how these lasers with different colors are produced.

A brief overview of the laser

First, let’s dive into all the laser types. The difference in laser type is mainly due to the lasing material used. There are 5 main types of lasers available today and these are:

These varying lasing materials are responsible for the level of wavelength and power output emitted by the laser.

You can also determine the color and wavelength by the type of energy source your laser pointer uses. Take a look at the following table:

On the far left and far right side of the curve, we have ultraviolet and infrared respectively. Ultraviolet has a wavelength of 193-337nm while infrared has a wavelength of up to 10,000nm. This makes these two laser lights invisible to the naked eye as the range of visibility for the human eyes is 390-780nm.

Next, yellow and orange lights are typically used in hospitals. They can help treat viral infections sclerosis, and even psychological illnesses like panic attacks, anxiety disorders, and depression. Aside from treating major injuries and mental sicknesses, yellow lasers can also be found in skin and aesthetic clinics. It helps get rid of acne, stimulate collagen production, reduce redness and inflammation, and promote new skin growth.

Blue lasers possess shorter wavelength than all the other colors. This means blue laser beams can have a stronger focus or resolution. Because of its stronger focus, blue lasers are typically used in the interferometers such as laser printers, compact discs, data recording, digital photofinishing, and DVD or CD players.

Now that you have the gist of why some lasers appear blue and some appear red, you can choose a laser pointer with the color that is most suitable for you.

What does nm mean in lasers?

What is the Laser Full Form?

Is A 5mw Laser Powerful?

Why Do Lasers Look Grainy?

Strongest Laser You Can Legally Own? Be Aware Of Safety!

Laser vs. Light: How Are They Different?