In today’s world, the quality of video and audio on our devices has become important whether you’re watching YouTube videos, gaming, or giving a presentation at work.

Audio and video transfer have never been more important, and HDMI is a vital part of our daily lives.

So, what exactly is HDMI and what are the differences between the models?

Yes, HDMI 2.1 is backward compatible and can work with previous versions, making using an HDMI 2.1 cable in an HDMI 2.0 port possible. But you won’t be able to access the newer features that come along with HDMI 2.1.

Let’s delve into how this works, the differences between the two models, and what you can expect when you use them.

High-Definition Multimedia Interface (HDMI) is a connection used for transferring audio and video digitally from the source to a device used for displaying it.

It was introduced in 2002 for transferring audio and video over a single cable but has transformed and evolved through the years.

It is used in everything from television screens and soundbars to smartphones, laptops, PCs, game consoles, and digital cameras.

At first glance, it may not seem like HDMI 2.0 and HDMI 2.1 are very different.

However, when you look at the specifications closely and the many features they offer, it’s very clear that HDMI 2.1 is the superior audio/video connector.

While HDMI 2.0 boasted a maximum transmission bit rate of 18 Gbps, HDMI 2.1 has nearly three times the bandwidth at 48 Gbps. Because of this, HDMI 2.1 is known for faster refresh rates and higher resolutions.

HDMI 2.1 has even introduced a new cable category altogether called “Ultra High Speed” because of its improved bandwidth.

HDMI 2.0 boasted High Dynamic Range (HDR) technology that allowed for a range of color and brightness across a range of displays.

HDMI 2.1 has taken this to the next level by introducing “Dynamic HDR” which works on adjusting HDR metadata frame-by-frame to make extremely bright or dark scenes even clearer.

While the audio improvements from HDMI 2.0 to HDMI 2.1 aren’t as impressive as the video improvements, they’re important for audiophiles.

HDMI 2.0’s Audio Return Channel (ARC) lets users use a single cable to send audio back and forth. 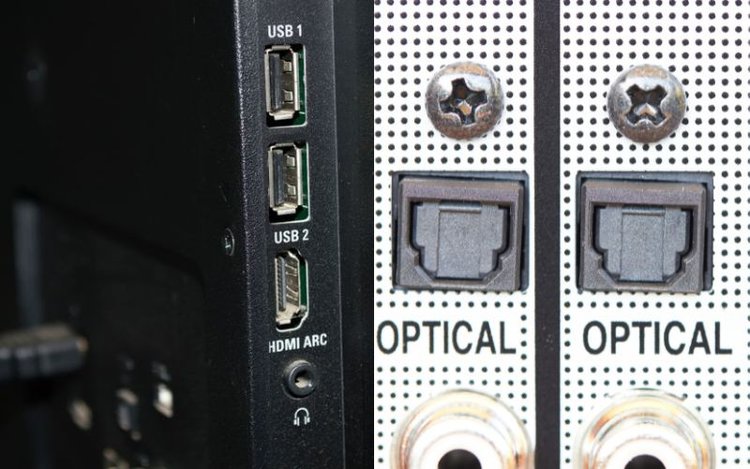 This is a massive change for audiophiles who have the correct equipment to take full advantage of this, but pales in comparison to the drastic improvement in video.

The improved resolution is one of the biggest advantages of HDMI 2.1.

While it’s true that HDMI 2.0 also produces output at 4K and 8K resolutions, it does so at 60 frames per second (fps) and 30 fps, respectively.

HDMI 2.1 has blown this out of the water by drastically improving video performance. It can produce 4K output at 120 fps and 8K output at 60 fps.

HDMI 2.1 provides even more future-proofing and is able to support resolutions as high as 10K. While this isn’t available in commercial sets yet, it’s still impressive that this capability is available.

Along with higher resolutions and frame rates, HDMI 2.1 also boasts Variable Refresh Rate (VRR), which ensures that your display adjusts the refresh rate in real time to avoid frame tearing and stuttering.

Yes, while there have been many versions of HDMI over the years, the physical connector has always remained the same.

The difference in these versions is that more capabilities have been added, and audio and video quality have improved drastically.

The answer is yes.

If you have a device that supports HDMI 2.1, it will work fine with an HDMI 2.0 cable.

However, you won’t be able to use the features that come alongside HDMI 2.1. You will be limited to HDMI 2.0 features.

When it comes to HDMI, it’s all about the versions.

All successive versions of HDMI are backward compatible. This means that they’re all compatible with previous versions.

That being said, compatibility and using the cable to its fullest are two different things.

While the cable will fit and transfer audio and video, you won’t be able to avail the features of the newer version with older equipment that isn’t HDMI 2.1 compatible.

For example, you can use an HDMI 2.1 cable into an HDMI 2.0 port, and the cable will function normally.

However, since your equipment is HDMI 2.0 compatible, you will only get HDMI 2.0 features and not HDMI 2.1 features.

Many people ask us whether it’s necessary to upgrade and splurge on HDMI 2.1. As audio-video enthusiasts, our answer is a resounding yes.

However, this is only the case if your equipment is compatible with newer HDMI versions. Older components and equipment don’t allow you to access newer features and thus, buying the cable is a waste if you’re not able to avail the features it has to offer.

Now that you know the answer to “Can you use HDMI 2.0 in a 2.1 port?”, you’ll be able to make the right decision for your needs.