Unlike televisions, projectors do not come attached with or accompanied by a discrete display. As a result, there’s tremendous flexibility concerning the screens you could pair them up with.

A projector can cast images or videos on pretty much any surface. The surface need not be level, smooth, or a particular color. However, the quality of the visuals or how satisfying or enjoyable the viewing experience turns out can vary significantly based on the canvas it gets to showcase its magic on.

The color white is considered the default for a projector surface/screen. But some may like to use other colors, particularly black or grey.

So, how do projectors pair with surfaces that aren’t white? Are grey/black walls workable in the first place?

Why are White Projector Walls/Screens the Default?

Using white walls/screens for projection has been around as a practice since projectors first became known. They help produce brighter images and offer solid color accuracy as well.

The color white is a lot more versatile or all-purpose if we could say that.

Issues with White Walls for Projectors

But there are some practical concerns with a white projector wall or screen.

White walls work the best when the environment is dark, or the ambient lighting is under control. If you cannot blackout your room during the day, a white wall or screen may not function well.

There could be minor or significant contrast issues with a white wall, depending on how bright the surroundings are.

The Case for Grey and Black Projector Walls

Grey projector screens (or walls) are growing in popularity. The following are things and benefits you should know about these non-white projector walls.

The Advent of Grey Projector Surfaces/Screens

Grey projector screens were first introduced in 2001 by Stewart Filmscreen. During that time, people were unhappy with the contrast performance of their projectors, not realizing that the white screens equally deserved the blame.

The projectors weren’t as advanced – certainly not like the 4K and laser and LED-embedded projectors consumers have at their disposal now. 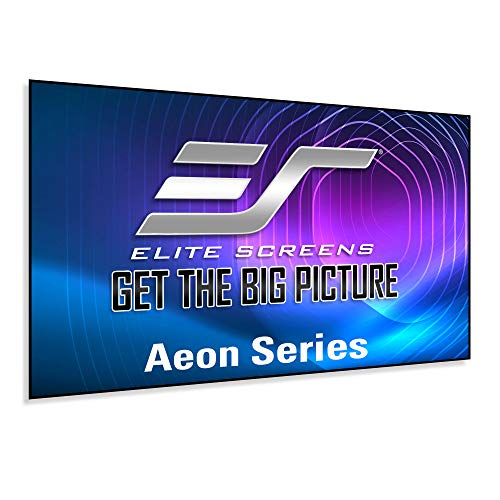 The Upsides of Grey Projection Surfaces

A grey projector wall boosts the blacks and contrast levels of any image without dulling down the whites too much.

Compared to white walls/screens, grey canvas performs much better in brighter environments because the color doesn’t reflect as much light as white.

Also, grey screens are far better than white screens when paired with budget projectors. Affordable projectors may have a slightly hard time coping up with the brightness requirements of a white screen.

Black projector walls/screens, on the other hand, do what grey screens do but do it at a notch higher. In other words, black walls render the contrasts and blacks even better as they absorb a lot more ambient light.

If you are absolutely in love with how images look on an OLED screen, you’ll like what black projector screens accomplish.

Black is essentially no light. In other words, the color doesn’t reflect any light, unlike other colors on the visible spectrum, including white and grey.

And because black doesn’t reflect anything, it does not dilute or wash out colors in the visuals that reflect off them. That essentially means pure, unadulterated colors.

A black wall or screen could also mitigate some dulling of colors that grey screens could be guilty of.

Not to mention, if you cannot darken your room or would like to have your lights on while watching a movie or a game, a black wall is your best bet.

The Downsides of Grey/Black Walls

Not all is merry with grey/black projector walls. Here are a few things that could be bad.

The Visuals May Not Be Bright Enough

With a grey or black projector wall, the contrast levels are great, but the images may not be as vivid overall compared to white walls.

You would notice it more if you are used to consuming media on a white projector wall/screen and fancy how bright the output gets.

To compensate for the lack of brighter visuals, your projector must work harder or produce more lumens to achieve the picture brightness and quality you want.

Grey walls could suffer from greyish tints – particularly in the lighter portions of the visuals.

On black walls, on the other hand, bright images could give a shimmer or rainbow effect.

Hotspots could also be a concern with dark screens. However, the onus of that is more on the projector or its lamp than the projecting surface itself.

A black or grey screen or paint will cost more than their white color counterparts.

Grey/black screens or wall paints are still niche offerings or not default colors yet.

Things to Consider When Using a Grey/Black Wall for Projection

If you’ve decided to make the switch from a white projector wall to a grey/black surface, or if you’re getting on the dark projector wall train right off the bat, the following are a few things you should know:

If you genuinely care about image contrast ratios and black levels in your projector visuals, make sure the colors of the walls and ceilings in the room are dark, too – preferably dark grey or black if the room is dedicated to projection or movie-watching.

Reflections off the room’s walls are usually not a major concern with dark projection walls since they can perform admirably even during the day. But to not make the projector and the projector surface’s life difficult, paying some attention to adjacent colors is recommended.

Not to mention, the darker walls would add some design cohesiveness to the room. In other words, the space will not look odd with a grey/black wall center portion flanked by a contrastingly bright ceiling and walls.

If you don’t care about the design much and are not keen on painting all the walls dark, ensure the ceiling is not brightly colored. If the top surface of the room is not flat or has ridges, the light from the visuals won’t reflect as much.

As stated above, your projection room should not be dark to the extent of things looking creepy in there. With a grey/black wall and darker walls to boot, things can get dim in there quickly, easily.

Therefore, install an adequate number of lights in the space and brighten things a bit.

Have some dimmable lights installed over or behind the seating area and a few near the projection wall. If you don’t want to watch movies or TV shows in complete darkness, turn on the lights behind you.

Since you have complete control over the artificial lights, you can turn some or all of them off any time you feel or when you want to focus more on the projection wall.

Use the Right Projector

Some projectors may not be capable of the lumen output needed to shine on dark projector walls/screens.

Not all projectors work equally with surfaces of different colors. Some may do well with white screens, and some could be factory-built for use with darker colors such as grey or black walls.

You should consider discussing the matter with the manufacturer or learn more about a projector before bringing it home.

Unlike a couple of decades ago, contrast ratio is not as big an issue with white screens, thanks to the advancements in projection technology. Projectors are now capable of extremely high contrast ratios, up to 3,000:1.

If you have complete control over ambient lighting in a room, a white projector wall or screen is recommended over a grey or black wall because it could get a bit too gloomy in there with those grey/black walls or screens.

If you have a space dedicated and set up for watching movies or games with friends and family or by yourself, a white wall or screen is the right choice.

To conclude, a projector will most certainly work with a grey/black wall. The output would be better in certain scenarios or suit specific tastes, as elaborated above.

But dark projector walls are not always golden, mainly when using the projector in a completely enclosed, devoid-of-light environment.

Therefore, do not count out white projector screens or walls yet. Since both have their advantages and drawbacks, having both types handy is the right approach.