Cats are cats, whether they’re small, household cats, or big, wild cats. They all have predatory instincts, and even the wildest cats can have a playful side.

So it figures that even tigers and lions would chase a laser pointer, right? After all, it’s an interesting dot that they can’t seem to pin down.

Will a tiger or lion chase a laser pointer? 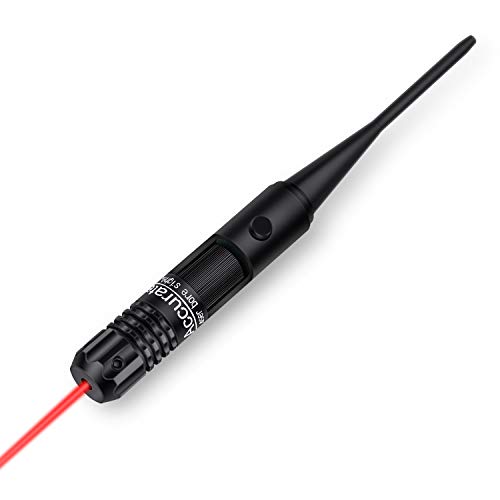 On average, most tigers and lions won’t chase No products found..

But why? After all, they are still cats at heart, so why aren’t they curious about the moving red dot?

To understand this, we need to take a look at why house cats love to chase laser pointers.

Despite how most small cats can be kept as pets, they aren’t truly domesticated.

They’re more independent than dogs, and, as many cat owners know, they still have an innate urge to hunt and provide for themselves. Because of this, house cats often chase after mice, lizards, and birds, trying to kill or at least catch them.

Cats, both small and large, also have very sensitive eyesight. Due to this, they can easily perceive the bright dot of a laser pointer, which looks like a mysterious new creature to them.

So, when house cats see the dot of a laser pointer darting around the floor, they perceive it as potential prey and chase after it like they would a mouse.

However, for large cats like tigers and lions, expending energy for a tiny dot isn’t very practical.

These jungle kings typically hunt large animals that can provide them with a good, full meal, like gazelles and antelopes.

And, although it is true they will sometimes eat smaller animals, they only do this when nothing else is available.

So if you have a well-fed tiger or lion in front of you, chances are, they won’t waste their energy by chasing a tiny dot.

But we do have to note that this can also depend on the personality of the tiger or lion in question!

Some tigers and lions may be more playful or more domesticated, especially if trained to react to laser pointers.

Check out this video of a tiger chasing a laser pointer:

THE TIGER AND THE LASER
See also

Do tigers or lions react to laser pointers?

The answer is – yes!

However, they don’t always react, and when they do, their reactions aren’t always very positive.

Most tigers and lions don’t react to the laser pointers or stand very still when they see it.

Meanwhile, those who do react fall into two categories:  scared and those who are annoyed.

Tigers and lions who are scared will typically move as far away from the laser pointer’s dot and avoid it entirely.

Those who are annoyed will come closer to whoever’s holding the laser pointer and growl as a warning –   if you’re lucky.

On average, if you’re looking for a reaction of any kind, you’re more likely to get it from tigers, who are more playful than lions.

Watch the video below to see tigers, lions, and other large cats react to laser pointers!

Do other big cats chase or react to laser pointers?

Besides lions and tigers,  many other big cats, including leopards, cheetahs, pumas, servals, caracals, and bobcats.

We’ve found that big cats on the larger end of the spectrum – like leopards, cheetahs, and pumas – don’t usually react to laser pointers, similar to tigers and lions. And when they do, they typically snarl at whoever’s holding the laser pointer.

On the other hand, big cats on the smaller end of the spectrum – like servals, caracals, and bobcats – tend to react to laser pointers!

This is most likely for the same reason as tigers and lions. Larger cats can’t justify using their energy to chase after small prey, while smaller cats can since their prey typically tends to be on the smaller side anyway.

Take a look at the video below to see several servals and caracals chase after a laser pointer!

Is it bad for big cats to chase laser pointers?

But we do have to pause and ask: should we be getting big cats to chase after laser pointers?

This might seem like a silly question, but it can truly be an issue, especially if you’re visiting these big cats at an enclosure. Most zoos and wildlife sanctuaries ask visitors not to bother the animals with laser pointers.

Although the big cats may seem like they’re curious or playful, the strange laser dot may frustrate or upset them – especially if it results in a never-ending chase.

It is true that laser pointers are sometimes used by animal trainers and caretakers for environmental enrichment, but these are professionals who know the animals well and can predict how the lasers will affect them.

And, of course, laser pointers must never be pointed directly into anyone’s eyes, whether cat or human. This could damage their vision, which would be a poor payoff for a few minutes of fun.

Unlike house cats, tigers, lions, and other large cats don’t usually chase laser pointers – and for a good reason, since chasing such a small “prey” would waste valuable energy.

They also don’t usually react to laser pointers at all, simply ignoring the dots. And when they do react, they tend to react negatively by shying away or snarling at the holder.

But this can vary from cat to cat. Tamed tigers and lions with playful personalities are more likely to play with laser pointers, just like house cats.

As for big cats that are smaller than tigers and lions, servals, caracals, and bobcats tend to chase laser pointers since they see it as prey worth hunting.

However, before using a laser pointer on any big cat, be sure to ask for permission from their caretakers and never shine the laser pointer into their eyes. This will help you avoid frustrating or blinding the cat.

We hope that this article helped you!