I can’t even count how many shows have been sent packing that I wasn’t ready to let go of.

One that pained me the most was the Supernatural.

I nearly broke into tears when Jared Padalecki announced on an Instagram post that the 15th season would be the last one. Even after 15 seasons, it was still a sour ending for me. But I’m glad the final season lasted long enough to give us closure.

But that is not usually the case. Some shows just fizzle out and viewers never get to know why or even when it was canceled.

And while at the back of our minds, we all know that our favorite shows will come to an end at some point, we just never anticipate the day.

It still comes as a shock, especially when our dearest series come to an abrupt ending.

I always thought shows were only canceled because of poor ratings. It wasn’t until I dug deep that I discovered there are plenty more reasons why TV networks pull the plug on shows.

In this post, I will share some of the top reasons why some TV shows get canceled.

Low ratings are perhaps one of the major reasons shows get canceled. This is because low ratings equal low revenues from ads and subscriptions and, therefore, minimal profits.

Show ratings are percentages calculated to measure the number of viewers in a given demographic watching a given show.

So, for instance, if a show has a rating of 4.0, it means 4% of the people in that demographic watched the show. This rating is usually converted into ad cost, which determines whether a show is profitable or not.

Because of how TV networks and broadcasters’ business model is structured, ratings are a big part of their success. Advertisers pay for commercials based on the show’s ratings. That’s why ratings play such a big part in determining whether a show lives or dies.

In the U.S., most TV show networks use Nielsen ratings.

These ratings determine how well a show is doing by taking into account how it is being watched, when it is being watched, who is watching, and how many people are watching it. To take the ratings, a few families are selected from different parts of the U.S. and a black box is hooked to their TVs to monitor what they watch, when, and for how long.

Different TV networks use different techniques and baselines for calculating ratings. However, they will all cancel a show without batting an eye if it continuously has low ratings.

There are different reasons why a show would have low ratings. However, most will record low ratings because they fail to connect with their targeted audience right from the onset, while others because they aren’t “on-brand.”

One good example is Connecting (NBC, 2020), which was yanked just after four episodes. The show was created to target quarantined viewers, but unfortunately, it did not appeal to them. NBC canceled it and aired the remaining episodes on Peacock and NBC.

When a show records low ratings, the TV network has no choice but to out it. While some shows are canceled after all episodes of the season have been aired, some will be canceled in their first-run episodes.

It is, however, not uncommon to have a show survive the low ratings. Depending on who within the network runs the show at the time, some shows get second chances even with crippling numbers, mostly because they’re cheap to produce or simply because a certain executive in the network likes and believes in it.

A good example is the Kenan sitcom. This show escaped cancellation only because of NBC’s relationship with Thompson and Lorne Michaels. The show had such low ratings that everyone knew it wouldn’t get a second run. But, much to everyone’s surprise, it did.

That said, once a show’s ratings drop significantly, whether right from the onset or down the road, it becomes difficult for a network to continue airing it.

There are instances where a show may be very popular and even have very good ratings but still get canceled.

For example, The Beverly Hillbillies,1962, which CBS canceled despite being one of the most popular shows in the 60s, and maintaining a loyal audience up until its premature exit.

A show may be, in general, very popular but not popular enough in the right demographic.

In other words, it is watched by the downmarket viewers who do not have the power to purchase what the advertisers are selling.

The downmarket viewers could be the less educated, aged, rural dwellers, low-income, very young, etc. These viewers are considered hard to sell to by advertisers.

Because they do not bring in any money to both the advertisers and the network, it simply makes no economic sense to keep the show that attracts them.

Broadcasting networks, therefore, replace the show with one that can attract more affluent viewers.

Some shows are too expensive to produce.

And so, even if the show has good ratings, but the ad rates are not enough to cover the production costs, the only business option left may be to cancel the show’s production.

After all, TV networks are businesses and therefore need to realize profits to stay operational.

High production costs were the main reason the iconic Star Trek was canceled in its third season, despite having very high ratings and a good demographic. The network found it extremely expensive to pay for the special effects and aliens’ makeup and costumes.

Sometimes lead actors can be so unreliable that the network finds it better to cancel the entire show altogether.

Some may be brawled in scandals or legal messes that affect the show’s ratings, some demand unreasonable salary increases when the season is at its peak, and others simply don’t take their acting careers seriously.

Some lead actors sometimes die or quit, so the show cannot continue.

For instance, The Sarah Jane Adventures had to end abruptly following Elisabeth Sladen’s death just when the show was at its peak during the fifth season.

The network may try, but unless the incoming lead actor is way better, the show ratings just plummet from there, and they are eventually forced to cancel it.

In the same way you will ultimately get fired if no one in the management or office likes you, a show will get canceled simply because nobody in the network likes it.

For a show to survive, some, if not all, of the executive team members in the network must take a liking to it. Otherwise, even a slight drop in its ratings may result in cancellation.

Also, a management change may result in some shows being canceled. If the new regime does not like the show, finds that it’s not in line with their current or long terms goals, or believes that a new season will not bring in more views, they simply just find a way to get rid of it.

Things like constantly switching the show’s timeslot, not promoting it, and airing episodes out of order are just some of the ways the executives show their dislike.

That is what happened to Firefly. Fox didn’t like the original pilot, so they made sure the show didn’t even get to the 14th episode before canceling it. 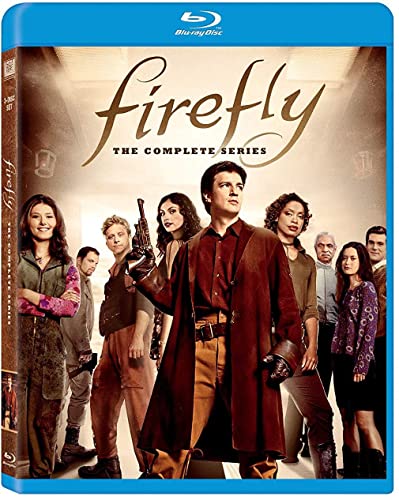 Sometimes parties just don’t seem to agree on contractual terms, so the show is canceled to avert any legal messes.

There could be disagreements between the actors, production house, or broadcasting network.

Not all shows are owned by the networks that air them. Some are produced (and therefore owned) by studios or production companies and then licensed to the broadcasting networks.

The network then earns ad revenue from airing the show, while the producers earn from the licensing fee.

This business relationship is a beautiful one. Everyone gets what they want and are happy as long as the terms are favorable to each party.

The problem arises when a show’s rating declines and the production company or studio insists on maintaining the licensing fee.

This becomes increasingly difficult for the network to continue airing the show since they find it unprofitable because of the hefty licensing fee. The network is therefore forced to cancel the show because they can’t keep up with the licensing fees.

In a win-win situation. The production would reduce the license fee to make it affordable for the network to keep airing the show. The network would then air the show despite the staggering ratings until when they both agree that the show is not worth any more airtime.

8. The Show Has Run For Far Too Long

Well, everything has to come to an end sometime, and TV shows are no exception.

Even the best of shows must end.

And so shows that have been around for way too long may be canceled because they no longer resonate with the current crop of viewers.

Oftentimes, the show’s quality declines, some of the stars leave (or die), and the storylines tend to become wildly unrealistic, forcing a television network to cancel the show.

Sometimes the producers feel that the show has run its course, and it’s time to wrap it up and move on to other projects.

CBS’s Criminal Minds wrapped up for good after 15 seasons. 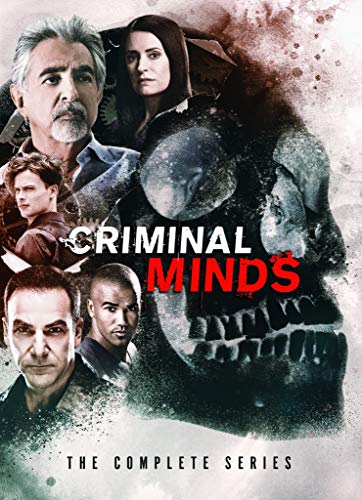 Even the original The Jack Benny Program, which was one of the most listened to radio series from the 1950s all through to the 60s, had to be canceled when the audience transitioned to TV shows.

The network had to call it a day even with 18 million viewers in tow.

Of course, there is an exception. Some shows like the WWE Monday Night Raw have had over 1300 episodes aired, but mainly because there are no season breaks in the world of wrestling entertainment.

While a show shouldn’t air for way too long, it should stay long enough to allow the producers or creators to plan for a series finale. This is the scenario that is viewed by most fans as the best way to end a show.

Everybody gets a chance to give the show a victory clap.