If you are shopping for a 4K TV, your screen size options would invariably begin at 40 inches. Close to 55 inches, the choices are galore. Below 40 inches, it’s practically non-existent.

Considering how standard 4K resolution is becoming with TVs and how 1080p is slowly but surely getting phased out, one would have expected a flurry of 4K TVs in the under-40-inch category. That, however, hasn’t been the case.

Doesn’t more pixels packed into a smaller screen lead to increased pixel density and, as a result, a sharper screen? If yes, why are smaller screen sizes, such as the 32-inch TV, still predominantly Full HD then? After all, even some smartphones and tablet PCs sport a 4K screen.

Even the ones that do make only a model or two, just to have a presence in the space or cater to buyers who might be interested in a 32-inch 4K TV.

Unfortunately, most people are not keen on a 32-inch TV with a 4K resolution. And that could be due to the following reasons:

Generally, people watch television from a distance, especially when watching TV alongside friends and family.

The viewing distance is usually at least five feet for a 32-inch TV, with spans stretching up to 10 feet or even more.

Most sit a bit further away from their TVs because their spaces are designed that way, or the furniture placements are likely to be so.

When the TV screen gets bigger or smaller, people do not necessarily sit back further or move closer to the screen.

Generally, people watch a 32- or a 55-inch TV from the same distance even though the viewing distances recommended for the two are not the same.

When viewing a 32-inch 4K TV from a distance of 7 feet or more, the visuals don’t appear any sharper than on a 32-inch HD TV.

As a result, it becomes pointless for TV manufacturers to equip their 32-inch TVs with a 4K panel.

External monitors and even smartphones pack in a lot more pixels per inch than a TV because people view them at a much closer distance — usually less than a foot away from their eyes.

32 Inches Is Too Small 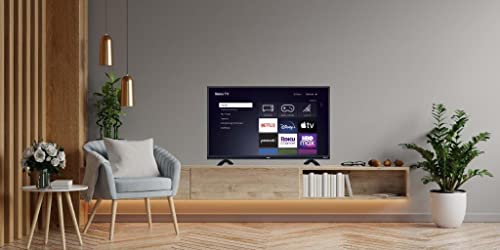 A decade or two ago, 32 inches may have been the standard TV screen size or even considered big.

In the 2020s, however, 32 inches is considered a bit too small for a TV—particularly with the standard living room size having increased in most homes.

Due to that, people are buying larger TVs than before, which makes perfect sense. Shrinking down the room size or getting seating closer to their TV feels like a downgrade or eliminates the excuse to buy a bigger TV, which every TV watcher aspires to.

Also, in the last decade, an increasing number of people have become keen on bringing the home theater experience to their homes. A 32-inch TV is not part of the plan since the relatively small 32-inch screen size doesn’t help create or lend to the theater-watching experience.

And the speed with which 50, 60, and even 80-inch TVs have popped up in the last few years could be attributed to buyers wanting an immersive movie or content watching experience at home.

Due to this decreasing popularity of 32-inch TVs, manufacturers do not need to produce 32-inch televisions, let alone give them the 4K treatment or equip them with robust features.

Unlike with monitors, people expect a bigger screen for higher costs. They may be okay spending $1,000 on a 32-inch 4K monitor or even a premium smartphone, but they would not be willing to pay anywhere close to that kind of money for a 32-inch TV, even if it’s 4K.

Since 32-inch Full HD TVs are still being sold for a few hundred dollars, people expect 32-inch 4K televisions to be priced around the same ballpark. That, however, is not going to happen since 4K increases the cost of production.

Most people would not want to spend $700 to $800 on a good-quality 32-inch 4K TV because they could then get a bigger TV, albeit for a slightly lesser resolution, for that price. And, for some reason, a larger screen tends to feel more gratifying or money well spent on a TV purchase.

Spending hundreds, if not thousands, of dollars on a monitor seems palatable because people get work done on those machines or the device helps the user make a living. It also can be an entertainment source. Similar is the case with smartphones and other handhelds.

A TV, on the other hand, is purely for entertainment only.

Long story short, manufacturers don’t want to make 32-inch 4K TVs because they realize they cannot sell them at a profit.

32-Inch 4K TVs Could Be Cannibalizing

TV manufacturers are not too keen on making 32-inch 4K televisions also because there’s the inherent risk of people turning a 32-inch 4K TV into a monitor.

Most TV manufacturers make monitors either directly or for other brands. Samsung and LG, for instance, sell both TVs and monitors. By making a capable 32-inch TV, they would not want to hurt the sales of their monitors. 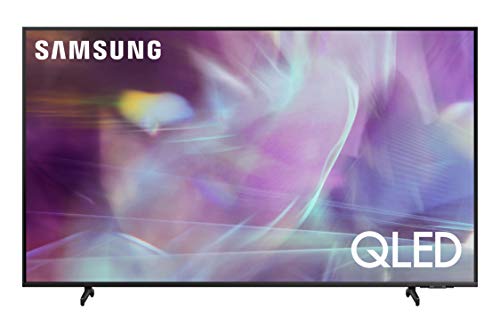 After all the chatter about why there aren’t many 32-inch 4K TVs, you might think there are no TVs in the space. Luckily, 4K televisions exist, but those are few and far between. Only Samsung makes them.

The Samsung QN32Q60AAFXZA  is a 32-inch QLED TV with a 4K screen. The Q60A Series comes in several other screen sizes, with the range being 32 to 85 inches. The 32-inch version may have slightly lesser features than its bigger siblings.

There isn’t much of a difference between the two TVs. One significant distinction is that the Q50R is the older of the two. It’s a 2019 model.

The age is noticeable because the older Q50R uses Bixby, whereas the newer Q60A supports Google Assistant and Amazon Alexa.

Bixby is pretty much ditched for good and does not feature in recent Samsung products that support a voice assistant.

Thirty-two inches is not the starting point for a 4K TV. It never was, and it would never likely be.

While at the 40 inches mark, the number of 4K TVs available go up, the range is still not wide and varied.

55 inches is considered the sweet spot for 4K TVs. Not only are the options galore, but the price-to-size ratio is also quite right at around 55 inches.

As mentioned above, 4K will make a difference on a 32-inch TV if you sit close enough or within a few feet away from the screen.

However, the gain from 4K on a 32-inch screen is pretty much non-existent at regular viewing distances.

To see 4K making a difference to the viewing experience, you need at least a 50-inch screen.

As mentioned earlier, the presence of 4K on a smaller tablet PC or smartphone is discernible because those devices are viewed from a much shorter distance.

1. Where are 32-inch TVs primarily used?

A 32-inch TV is certainly not going to the living room or the main bedroom since the available space is too big for the screen size.

32-inch TVs are invariably set up in kitchens, guest rooms, kids’ rooms, etc. Home cooks invariably use the TV to watch cooking shows or get updated on the news.

If the living room is smaller than usual, 32 inches could be a decent size. However, the resolution would not likely be 4K due to the scarcity of that TV size and resolution combo.

Not to mention, a 32-inch TV is almost always a secondary or a third TV in most modern houses. 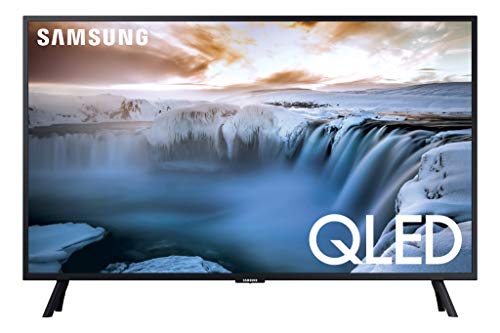 If you’ve been holding out for a 32-inch 4K TV, your wait could be longer than you thought or just never-ending.

A 32-inch 4K TV that will blow your socks away is just not there on the market.

And with manufacturers turning their attention toward bigger screens, owing to consumer demand, the possibility of a capable 4K 32-inch TV becoming a reality is slim.

Thirty-two inches as a TV screen size is descending in popularity so much that it may not be too long before TVs with a 32-inch screen may stop getting manufactured altogether.

In 2022, 32-inch TVs are still a thing because 1080p resolution hasn’t become obsolete yet. Once 4K becomes the norm and Full HD is gone for good, 32-inch TVs will exit or decrease in number.

Though not a proper substitute, the only alternative to a 32-inch 4K TV is a 32-inch 4K monitor. Unfortunately, you may have to shell out more money for the purchase. You might as well get a larger 4K TV instead for that price.

If there is no reason for 4k on a 32" TV, well then, perhaps ATSC 3.0 will cut the compatibility it has with the run-of-the-mill TV it had had since 1994 when IBM and other PC makers won the standards battle shaping the video part of the future ATSC TV from the TV manufacturing industry. I guess TV might ossify @ 1080p or devolve back to 240i. Another thing is that people may not have the space for any size larger than 19", 24" or 32", particularly if the tiny house phenomenon comes to the United States due to the rising cost of housing!