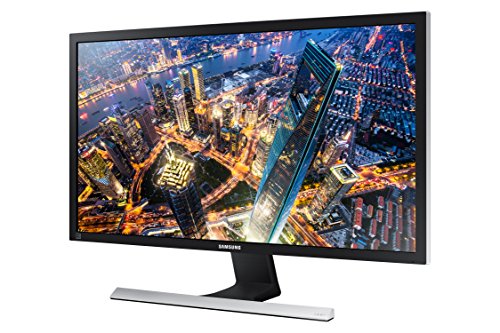 With the release of 4K monitors, PC gaming has only become more out-of-this-world.

4K monitors bring a whole new level of detail that allows gamers to fully immerse themselves compared to older screens.

However, it goes without saying that 4K monitors do have their disadvantages. In general, most 4K screens have a slower refresh rate and lower response times compared to their counterparts with lower resolutions and higher refresh rates.

Aside from the lower demand compared to 1080p and 1440p monitors, 4K monitor users also need to invest in more powerful hardware, including robust GPUs, and display cables that will support higher refresh rates and bandwidth.

Because of the steep price tag and heavy hardware setup, most 4K monitors only support a refresh rate of 60 Hz.

Thankfully, with the growing popularity of 4K monitors, the screen is becoming more accessible and affordable at higher refresh rates of up to 144 Hz.

Why Are There No 4K Monitors With More Than 60 Hz?

You might have wondered why 4K monitors always have a refresh rate of 60 Hz.

Especially if you’d like to upgrade your PC setup for professional gaming, it can be frustrating to deal with this limitation.

The good news is that 4K monitors with higher refresh rates are starting to roll in.

But before we introduce you to our favorite 4K monitors, let’s discuss why 4K monitors rarely have a refresh rate of more than 60 Hz.

While less accessible, there are 4K monitors available with higher refresh rates.

It is backed by NVIDIA G-SYNCH HDR for stunning color and contrast, the Asus Aura Sync technology for ambient lighting, and an IPS display for realistic colors and smooth gradation.

This model was the very first 4K monitor to combine a 4K IPS display with 1ms GTG speeds, plus G-SYNC and FreeSync Premium Pro capabilities. It also supports both DisplayPort and HDMI for a seamless next-gen gaming experience.

With more GPU releases from AMD and NVIDIA, it will be a smart choice to future-proof your 4K monitors with 144 Hz support.

However, keep in mind that you’ll most likely pay a premium price for 4K monitors with higher refresh rates.

Why Do Many 4K Monitors Have Low Refresh Rates?

There are a few reasons why 4K monitors are generally only available with lower refresh rates.

The first reason is that the demand for 4K monitors has grown only recently over FHD and HD monitors. As 4K monitors become more mainstream, mass manufacturing of 4K monitors with higher refresh rates will become available at a much lower price.

If your graphics card can’t keep up with a 4K monitor’s performance, you’ll end up with blurry and delayed gameplay that can mess with your control and timing.

A powerful graphics card will ensure that you play at high refresh rates without any tearing, choppiness, or blurs. Especially if you’re a competitive gamer, you’ll know how important it is to react faster than your opponents.

These are the best graphics cards for high-end gaming with 4K monitors:

If you go with a weaker graphics card, your PC won’t be able to support higher refresh rates for a 4K monitor.

Well, 4K monitors have opened the possibility of playing on bigger displays while retaining detailed graphics. Thanks to the increasing popularity of 4K gaming, more PC manufacturers are releasing 4K gaming monitors with higher refresh rates.

Especially if you’re a professional gamer, a 144 Hz, 4K monitor is a worthwhile investment.

Aside from making your gameplay more enjoyable, you’ll also have an advantage over your opponents who have a less responsive 60 Hz monitor.

To support high-res gaming with a 144 Hz refresh rate, you’ll need to find a 4K monitor with:

Aside from its stunning 27-inch IPS display, the Asus ROG Strix XG27UQ  boasts a response time of 1ms GTG, making it one of the fastest gaming monitors on the market. We also appreciated its HDR capabilities, featuring dimming technology and edge-array backlight.

Does a Higher Hz Make You Better?

Especially if you want to future-proof your gaming setup, find a monitor that offers both high resolutions and a high refresh rate.

Since refresh rates measure how many times your screen updates in a second, you will also see significant improvements in terms of:

Many gamers are also curious if a higher refresh rate will improve your aim during gameplay.

While a higher Hz won’t technically improve your aim, targeting opponents will be easier because long-range shots are clearer and frame transitions are smoother.

Most competitive gamers will be happy with 144 to 240 Hz, 4K monitors. If you’re a professional gamer and would like to take it up a notch, go for gaming monitors that support 240 to 260 Hz.

For most casual PC users, 60 Hz monitors work best for productivity applications such as:

Most novice gamers will also be happy with a 60 Hz monitor because it supports a wide range of PC games, such as:

Fans of Minecraft, GTA V, and Assassin’s Creed will be perfectly happy with a 60 Hz, 4K monitor.

It has a brilliant 28-inch IPS display with HDR capabilities for detailed visuals and dynamic color, contrast, and brightness. For enhanced graphics and visuals, it also comes with Shadow Boost technology that effectively brightens images while avoiding overexposure.

It also supports extensive connectivity options, including HDMI 2.0 and DisplayPort 1.2, to support a wide range of multimedia devices.

Aside from being one of the most economical 60 Hz, 4K gaming monitors, the Dell S2721QS  also boasts impressive response times, low input lag, FreeSync support, and a large 27-inch IPS screen.

Like most Dell monitors, the S2721QS doesn’t disappoint when it comes to ergonomics.

The ideal scenario would be that most gamers have a PC set up that can handle 4K gaming. Unfortunately, that’s not the case — most GPUs aren’t powerful enough to handle gaming at such a high resolution.

What do these statistics mean to us?

This means that most gamers don’t have the hardware (GPUs) to support 4K gaming.

Because most gamers don’t have GPUs that can deal with the graphically demanding resolutions of 4K, more than half (67.11%) of users stated that their primary display resolution is only at 1920 x 1080 pixels.

With this data in mind, most gamers should rethink getting a 144 Hz monitor if their current hardware can’t handle such demanding graphics.

However, if you are a professional gamer and have the budget to invest in a high-end GPU, a 144 Hz, 4K monitor can spark the start of your winning streak.

For competitive gamers, we recommend the Gigabyte M32U. One of the reasons why we love this monitor is because it supports both FreeSync variable refresh technology (VRR) and Nvidia G-SYNC technology.

If you’re into console gaming, the good news is that it supports HDMI 2.1 ports, so you can play on your Sony PS5 or Xbox Series X.

For productivity, it offers a built-in keyboard video and a mouse switch for additional control.

You will also need to look into the proper connectivity support, specifically DisplayPort 1.3, DisplayPort 1.4 , or HDMI 2.1  for seamless visuals.

Now that you know what video cards and cables to get to run 120 Hz at 4K, here’s how to adjust the settings on your Windows 10 desktop:

If your 144 Hz monitor is running at 60 Hz, there are a few things you can check to make sure that all specifications are compatible.

Thanks to the increasing popularity of 4K gaming, 4K monitors are now available in refresh rates of:

A 60 Hz refresh rate at 4K will hit the sweet spot for most casual gamers.

However, due to the steep price and the demanding hardware of 4K monitors, only a few professional gamers have invested in 4K monitors with refresh rates higher than 60 Hz.