When people look to buy a new projector, they pay a lot of attention to the projector’s light source (brightness and longevity), throw, product warranty, price, etc., and rightly so.

However, they tend to miss out on or overlook other equally important features (if not more) that may not catch their attention at the time of purchase but can enhance or hinder user experience later.

One of them is keystone correction.

People new to projectors may not have heard of the term. And if they have, their understanding about the tech may not be in-depth enough. As a result, 1D, 2D, and 3D keystone correction features are aspects very few new projector buyers have solid knowledge about.

This article will introduce you to those concepts, highlight what they achieve, and more.

If you’re buying a projector for the first time and would like to be up to pace with its key aspects, this article would be your starting point in getting to know a projector.

Keystone correction helps fix issues with projected image geometry or allows it to fit into the projection screen.

The tech comes into play when dealing with off-center projection angles or when the projector is not in front of the screen’s center. An off-axis image would look protracted on one or multiple sides, like a trapezoid.

Keystoning corrects that by helping the projector rotate the projected light’s angle along the X, Y, and Z axes.

When dealing with a semi-permanently installed projector, keystoning is a lifesaver as it eliminates the hassle of uninstalling and installing the projector again just to get the image right.

Keystoning can be of three types.

When the rotation happens along the X-axis or at the image’s top and bottom, that’s called 1D keystone correction. It fixes pictures that have their base or top lengthier than usual. 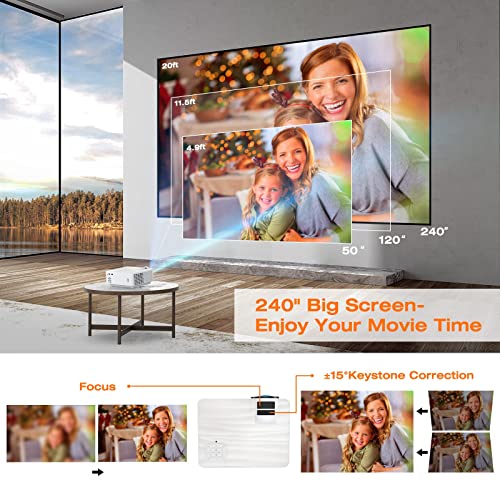 1D keystoning is a fundamental feature that almost all projectors with keystone correction abilities can do.

Instead of at the top and bottom, the projected image could be lengthier than average on its left or right side. The projector adjusts along the Z-axis of the picture to fix those concerns.

The ability to do both Z and X axes changes is called 2D keystone correction. Many projectors do 2D keystoning. The BenQ W2700 True 4K Home Cinema Projector is one of the several excellent at the task. 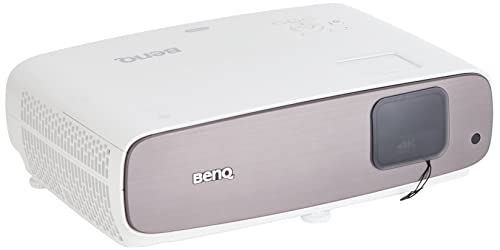 Another issue with a projected image could be a tilt or slant toward the left or right side or along the picture’s Y-axis.

Projectors fix that by rotating the image via a clockwise or anti-clockwise tilt. 3D keystone correction denotes the ability to adjust a projected image’s X, Y, and Z axes.

Kindly note that keystoning along the various axes is different from the correction angle levels or up to what degree you can make the keystone correction. It’s usually 30 to 50 degrees.

Check out the projector with 3D keystone correction as below

Keystone corrections come in handy when truly needed. But use it only as a last resort or when you cannot set the projector to point straight at the screen at the right height. Too much keystoning could lead to image quality concerns.

The alterations made to fit the image into the screen can cause image distortions or cut the frame at the edges—irrespective of what side of the image or axes the rotations are made.

Excessive keystoning could cause more than 1/4th of the image to get chopped off. Keystone corrections could also reduce the projector’s light output and pixel resolution.

Why does keystoning impact picture resolution?

When keystone correction is applied to a picture, the number of pixels effectively at work reduces due to the shrinking, stretching, zooming, etc., thus, lowering the resolution.

The higher the projector’s resolution, the lesser the impact on image sharpness, as there are many more pixels to play with. Keystoning a 4K image won’t cause any or as much resolution concerns as with a 1080p picture.

If setting up a projector perpendicular to the screen’s horizontal centerline (too low or high) is not an option, use keystone correction tech.

But because keystone corrections are not perfect, use them sparingly or only when needed. Home theater aficionados would agree and balk at the idea of keystoning.

Portable projectors could be particularly bad at keystoning as the built-in tech may not be the most cutting edge or refined. Some devices may require you to manually employ keystone, which can be quite a hassle.

Though it is not always convenient or feasible to position the projector in the center of a room, try getting it as close to the midpoint as possible, and let keystone take it from there.

Because the lesser the work keystone has to do, the lower the degradation in image quality and better the overall results.