Are you thinking of finally setting up the home theater of your dreams? Before you get started, you’ll need to find the best equipment for the job!

Below, we’re going into full detail about what a receiver is, how it works, and some important questions to ask before you choose one for your home.

Without further ado, let’s get into it!

What Is a Receiver?

All sorts of gadgets and gizmos come with a home theater setup. Because of all its different components, you’ll need a special tool to ensure that all these technologies work seamlessly.

This is where the receiver comes in.

It’s the brain of your home theater system, connecting all the components to simplify your viewing and listening experience at home.

A home theater receiver accepts, processes, and sends out the audio and video signals from your sources to your TVs and speakers.

Before receivers were used, amplifiers and turners were also used as stereo equipment for home systems. Now, a receiver acts as a multi-purpose solution.

The first type of receiver is the stereo receiver. It consists of two amplifiers and is mainly used for audio listening.

This kind of receiver powers two stereo speakers. It can also be used for TVs but does not provide surround sound.

The second and more commonly used type of receiver is the AV receiver. A significant upgrade from the stereo receiver, this type has at least five amplifiers for just as many speakers.

And if you’re willing to go the extra mile for that immersive movie-watching experience, there are AV receivers with amplifiers for up to nine speakers.

How Does It Work?

So, now we know that the receiver is the connecting hub of different components of a home system, now let’s talk about how they work.

There are two types of home theater equipment: input devices and output devices. DVD players, Apple TVs, and other similar technologies fall under the input category while televisions and speakers are considered output devices.

According to an article by Electronics.Howstuffworks.com, there are also different components to the receiver:

Want to find out how audio and video signals travel through the receiver? Well, it starts with the source component like a Blu-ray player or an Apple TV. 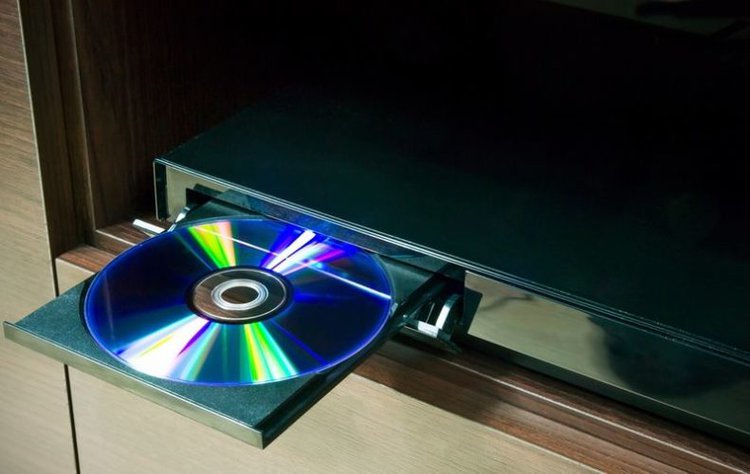 Signals from the source begin whizzing through the receiver unit. The pre-amplifier within the receiver selects which input signal to feed to an output unit (a television or speaker) while also amplifying it.

Once these signals go through the pre-amplifier, they are sent to the output unit. Video signals are projected onto televisions while audio signals are directed to the decoders.

After the decoders process the audio signals, they send them to the power amplifiers for the sound channel output.

Questions To Ask Before Choosing a Receiver

What devices are you connecting?

Televisions and speakers are just some of the basic output devices that typically complete a home theater, but there are so many other devices that you can add to take your entertainment experience to the next level.

Playstations, gaming consoles, and vinyl players can also be connected to your receiver.

If you’d like to set up a system ready for new gadgets and devices in the future, it’s safer to go for receivers with multiple ports, channels, and more advanced connectivity features.

How many channels do I need?

As a general rule, each channel corresponds to one speaker. So, it’s important to check that you have the right amount of channels for the number of speakers you have right now.

So, how do you choose how many channels you’ll need? Different setups require a different number of channels. We’ll elaborate a bit more below:

For those thinking of investing in a home theater for the long haul, it’s best to choose a receiver with as many channels as possible so that it can keep up with you as you expand your system.

What are your audio requirements?

This question is heavily-related to the ones asked above. How many channels you’ll choose ultimately depends on your audio requirements.

Are you after a whopping surround system with multiple speakers that provides that immersive, booming audio quality? Or are you satisfied with a simple but effective stereo setup that lets you enjoy your music and movies easily?

There are usually only two sound channels for music files: the left and right. On the other hand, movies are being released with more than eleven separate audio channels for audiences who want to achieve surround sound viewing.

Feeling unsure which type of setup you’d like to explore?

If you think a surround sound system is something you’ll consider in the future, keep the option open by choosing an AV receiver with multiple channels.

How many rooms are you connecting?

Did you know that you can also extend your home theater system to different rooms or spaces? Some AV receivers on the market have capabilities for a multi-zone setup.

In these cases, another pair of stereo speakers can be placed in another room or on a deck. Those who would like to go this route can expect different options for receivers.

For example, older receivers can have Room A and Room B setups, and you can switch audio between rooms. However, this setup prevents the playing of several sources in each room. 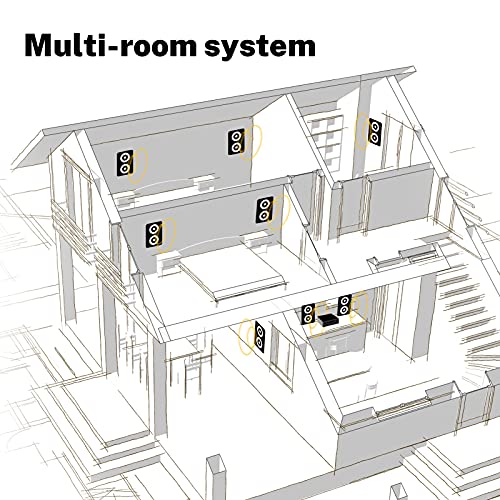 With this type of receiver, you can listen to music in one room while playing a movie in the other. Additionally, it enables you to independently change parameters such as volume.

It’s important to remember that a more complex setup like this will have many requirements like additional channels and cables. So, if it’s something you’d really like for your home, make sure you research how to operate this kind of setup as well as its capabilities and limitations.

Have you gotten a clearer picture of your future home theater? Remember: The quality of your system depends entirely on the receiver.

Without a receiver ready for the different channels, devices, and setups you’d like to explore, you won’t be able to achieve your ideal system.

So choose wisely and create your perfect home cinema!