Laser pointers are increasingly becoming a social issue, with many reports being made of eye injuries due to exposure to laser pointers.

The human eye is extremely sensitive to radiation. Any exposure to laser light can cause severe eye damage that can be costly to treat.

For this reason, presenters are apprehensive of using laser pointers, which is understandable.

In a bid to find a safer alternative, LED pointers were introduced. However, few people can tell the difference between the two unless it’s indicated on the label.

And since laser pointers have been the most popular presentation pointers, a few others are still undecided on whether to stick to laser pointers or switch to LED.

Therefore, in this post we will look at both pointers as we attempt to compare and contrast. By the conclusion, we will figure out which is the best between the laser pointer and LED pointer.

Before we find out what source is better, it’s best to start by understanding what LED and Laser technology are and how each works.

LED is short for Light-Emitting Diode. Just as the name suggests, it emits photons when electrons pass through it to produce light.

LASER is short for Light Amplification by Stimulation of Emitted Radiation. For most people, it comes as a surprise that laser is an acronym and not a name.

A Laser is a light that is amplified within a gain medium and then pumped electrically and emitted in a specific way.

There is a lot more that goes on in the process, but we will not get into the physics today. However, you can learn about the process here.

Which source is better: LED or laser?

To conclude what source is better between LED and laser, you must first know what differences exist between the two. 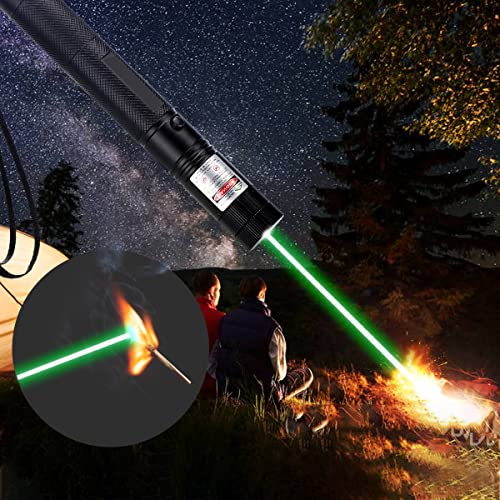 Perhaps the most significant difference between LED and Laser is how the two are structured. Laser is monochromatic and coherent, which simply means the light produced is emitted in a single focused wavelength.

The light waves are perfectly lined and in sync with each other, and take the same direction. This is why laser pointers are perfect as illustration aids. Even on extremely long distances, they will only project a small dot.

LED also produces monochromatic light, but instead of being narrow and focused, the beam is wide, and the waves are incoherent.

In this instance, incoherent means the waves go in whatever direction each pleases and at different speeds.

This is why LED pointers will not project powerfully over a long distance like the laser pointers do because they lose their power during distribution.

When appropriately used, both LED pointers and Laser pointers are considered safe.

However, LED pointers are much safer than laser pointers since they have less light intensity and the irradiation distance is shorter.

There are a lot of caveats to laser pointers being safe. For instance, it has to be a Class 2 laser, and the aversion response has to be 0.25 seconds or less to prevent eye injury due to laser exposure.

When buying a laser pointer, it must come with a clear warning label. This is the only way to be sure that the pointer has undergone a hazard analysis test. Steer clear of cheap unlabeled laser pointers.

Laser pointers can cause severe eye damage when pointed directly to the eye; therefore, aim at the screen only and not at a person’s head or eyes. Switch off the pointer when facing the audience.

Also, do not point at a reflective surface. The reflected beam is equally as hazardous as the direct beam.

When choosing the safest pointer for your presentations, it’s best to consider an LED pointer or other safer alternative to laser pointers.

Since LED pointers are more energy-efficient and have a longer lifespan, they are most certainly the more affordable option between the two.

LED pointers are available in more color displays because LED lights display thousands of colors in a single beam. Some LED pointers even have color-changing options.

Laser pointers are available in red, green, and blue color options because the laser can only emit one color in a single beam. A nice feature of laser pointers is that you can create numerous images and change patterns to make your presentations much more interactive.

Even with the many color options, LED pointers are less brighter than laser pointers. Laser pointers have a highly concentrated color display.

Also, LEDs lose brightness and focus over a long distance. It starts to show a “cheese puff” effect over long distances, which can be distracting to your audience. In contrast, Laser pointers remain bright and focussed regardless of the distance.

LED pointers are safe. They do not present any hazardous effects on the human eye unless one exposes their eyes to high power output. 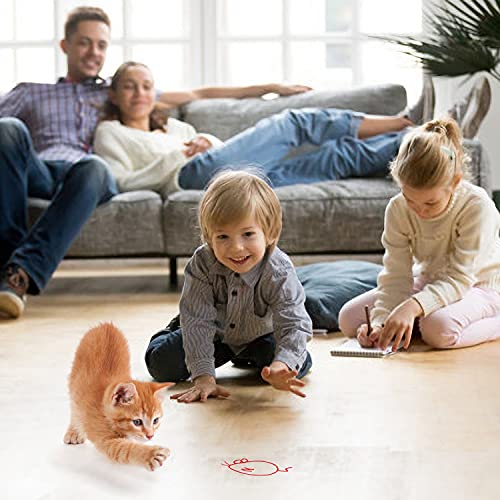 The LED light coming from the LED pointers does not contain harmful elements like Infrared, ultraviolet radiation rays, or any toxic materials that can damage your eye.

While we have affirmed that LED pointers are safe, it’s also good to remember that too much of it can be harmful. Limit your exposure to LED pointers and never aim directly at a person’s eye.

Otherwise, as long as you buy your LED pointers from reputable manufacturers who adhere to LED safety guidelines, you shouldn’t have any reason to worry.

Can an LED be used as a laser?

An LED can be used in place of a laser since both have one thing in common; they both produce light. However, both the laser and LED perform differently in certain applications depending on the size and power output needed.

For instance, LED is better used for lighting fixtures, while the laser is best used for fibre optics.

LEDs have a long way to go before they can totally replace lasers. Laser diodes have a higher power output that ranks them above LED as far as being used in complex applications.

That being said, LEDs’ benefits outweigh those of lasers. LEDs are easy to install and work with, have a longer life span, are inexpensive, weigh less, and are more energy-efficient.

In rare cases, LED and laser can work together to generate light. A good example is the NanoLED light source from Horiba Scientific. Scientists have yet to explore this collaboration in-depth, but it would be great to see what the technology will look like once it is fully adopted.

Now that you know the fundamental differences between LED and laser technology. It should be easier for you to conclude which technology is better for you between the two.

Our verdict is that both the LED pointers and laser pointers are safe as instructional aids. As long as you buy your pointers from reputable manufacturers who adhere to safety standards, you shouldn’t have too much to worry about.