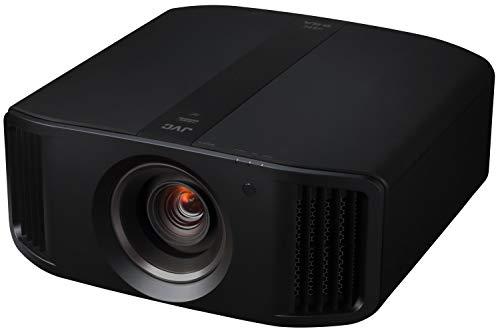 You’ve just pulled your brand new JVC projector out of the box and are preparing to finally watch crisp 4K videos on the big screen when the worst possible thing happens: your projector won’t turn on!

Have you just thrown away thousands of dollars of your hard-earned cash? Has your unit been damaged during shipping?

Don’t panic! By the end of this article you’ll have your JVC projector turned on, and lowered your heart rate.

Why isn’t your JVC projector turning on?

How can you prevent your JVC projector from not turning on?

Why Does My JVC Projector Not Turn On?

There are several possibilities why your JVC projector is not turning on.

JVC projectors consist of several units, all of which can prevent the projector from turning on if malfunctioning or needing replacement. Remember to always proceed with caution when examining and repairing your projector, and contact JVC support with any questions or concerns.

Your Cables need to be Adjusted

Your JVC projector’s cables may be misplaced and should be checked to ensure that it’s charging correctly. You can also reset the projector using its charging cable.

Your JVC Projector has Overheated

JVC projectors offer one of the brightest pictures on the market, but producing such a large amount of lumens uses much heat. If your JVC projector has suddenly stopped working, it could be from overheating.

Touch the device’s surface to see if it’s hot to the touch. If hot, immediately unplug it.

The Lamp is Misplaced

Depending on your JVC projector model, the lamp should last up to thousands of hours. However, if your projector is not turning on, or is displaying a distorted and dim image, you may need to remove and replace its lamp.

Check the JVC projector’s LED light indicating the lamp’s status. If it’s flashing, it could be time to change your lamp unit.

The Ballast Unit Needs to be Repaired / Replaced

If your projector’s ballast unit is malfunctioning, the mercury vapor will not be ignited and your lamp will remain off.

How to Prevent My JVC Projector from Not Turning On?

Follow our tips to prevent your JVC projector from not turning on.

You can take steps to ensure your JVC projector turns on and works normally. Be sure to handle your projector’s units with care and consult your projector’s manual for specific information about its model.

Check that your JVC projector’s power cable is securely attached to your unit and plugged into a wall socket. Ensure that the cables and ports are clear of dust and moisture, and do not handle your device with wet hands.

If your projector was left plugged in throughout a lightning storm, it could have been damaged. Consult a projector specialist or contact JVC support.

If your projector is still not turning on, you can reset it by unplugging it and leaving it disconnected from power for 30 minutes. Once reset, plug it in again and try to turn it on.

If the lights begin flashing or change color, consult your unit’s manual to decipher your device’s status.

Did you lose your user manual? No problem! Visit JVC Instruction Manual Download, type in your JVC projector’s model and instantly access your unit’s manual!

Prevent Your JVC Projector from Overheating

JVC projectors use a lot of power to create such a bright picture, so ensuring your device is well ventilated is vital. If your projector overheats, it could shut down and risk becoming permanently damaged.

Locate your projector’s air vents and make sure they’re clear of any dust and moisture. If dusty, use a dry rag or soft brush to gently clean away any grime. Make sure your projector is completely cool before cleaning it or it could become a fire hazard.

Ensure your JVC projector’s air vents are uncovered. Do not place your projector on soft furniture (e.g. couch, bed, etc.), carpet, or blankets. Putting it on a shelf or book stand also blocks ventilation since only one side of the projector remains unobstructed.

If you feel that your JVC projector has overheated, immediately unplug it and make sure it’s completely cooled down before attempting to use it again.

Removing and replacing the lamp, resets the unit’s connection to power. JVC projector’s lamps contain mercury, so it’s essential you handle it with extreme caution.

Because of the lamp’s toxic component, you cannot throw them away in the normal trash. Contact your local authorities to see how to correctly recycle a projector lamp where you live.

Before removing the lamp, allow your projector ample time to cool down to avoid burning your hands.

You will need a small Phillips-head screwdriver for this operation.

Once cooled, locate the lamp cover, commonly found on the back of the projector, and unscrew it from your unit. Unbolt the lamp from your projector by unscrewing the two screws parallel to one another inside your device. Grab the metal handgrip and delicately pull it to remove the lamp.

If the lamp is dusty, gently clean it, put it back into the projector and turn it back on. If your JVC projector still does not turn on, you may need to install a new lamp unit.

Once you’ve replaced the lamp, screw it back into place and position the cover.

Note that you must reset the lamp timer if you’ve replaced the old lamp with a new one. The lamp timer will alert you the next time your lamp unit needs to be changed. Open the Main Menu and click Function. Select Lamp Reset and confirm your choice on the following screen.

Watch the video below that demonstrates how to replace your JVC projector’s lamp unit.

Although you can replace it at home, it’s a long process and, if uninformed, you risk damaging your projector. Contact JVC support and consult your warranty policy to learn more about how you can replace your ballast unit.

To learn more about ballast units, what they do and how to know when to replace them, visit Projector Ballast Problems: How To Troubleshoot And Fix Them?

A JVC projector is a spectacular addition to your home theater, especially if you’re a dedicated projector fiend.

If you come to find that your JVC projector is not turning on, relax! There are replacements and repairs you can do at home, without pulling out your wallet.

Remember to reset your projector, check for overheating, and remove and replace the lamp unit. If the ballast unit needs to be replaced, contact JVC support and consult your projector’s warranty policy.

What’s your experience with a JVC projector not turning on?