Have you ever wondered what brings the vertical lines on your projector and whether or not it’s possible to fix it?

You must have. That’s why you are here.

JVC projectors are praised by many for high visual impact and the capability to produce large-screen images, which means that this feature becomes questionable when lines start to appear on the screen.

However, this is a pretty usual occurrence, even though undeniably infuriating. It’s nothing to worry about.

It’s possible to fix the projector to regain its original state, and you can resolve the issue without necessarily contacting a professional.

This post will share both the causes of the vertical lines and the tips for resolving this issue.

As you already know, most projectors tend to have this vertical line problem. It is often caused by loosely connected cables and a poorly grounded signal.

So what can you do about it?

Change faulty cables, and ensure that your mainboard is working perfectly.

If you want detailed instructions on what to do with your projector, read on!

What Causes Vertical Lines on My JVC Projector?

There are several reasons why your JVC projector is showing the vertical lines.

JVC projectors have a DLP display type, thus making them prone to vertical lines. What is DLP? The term DLP- digital light processing is a technology that uses micro-mirrors in projecting images.

Many individuals using DLP projectors have complained about seeing temporary or persistent vertical lines on their projectors while operating them or even when dormant.

So what causes the damage?

The first suspect is usually a failure in processing the DLP chip. This chip is important in your projector because it eases temperature flow.

But there is one small catch: the chip may fail to be adequately flexible, meaning that when the circuit expands and contracts, it may break and detach, thus crashing.

When the circuit ceases to work as it is supposed to, you may see vertical lines and other malformations on the screen.

What does all this mean? DLP projectors are quite delicate; hence it may be impossible for one to prevent the appearance of lines on a JVC screen. The lack of knowledge on being devoid of “baking” the DLP chip doesn’t help either. We will cover this in depth much later in the post.

The vertical lines you see on your device could result from a poor cable connection or a defective wire.

Oftentimes, vertical lines appear when you have not connected the HDMI cable appropriately. However, every other poorly connected cable can disrupt the signals, causing horizontal or vertical lines.

You might be wondering how to test whether the problem is coming from the cables and not anything else. Well, you can conduct a test signal. Feel free to check out these test signal options in a JVC Projector Manual.

As mentioned earlier, the DLP chip has a significant impact on the projector’s display. Since it is on the mainboard, when there is a defect on the chip, it translates to a mainboard malfunction.

It could be something else like a cracked board from poor handling or a previous repair. It can also be build-up dust in the mainboard components.

It’s tricky to ascertain if this part is the hitch unless you disassemble the projector’s components to get to the mainboard or hire someone else to do so.

Can I Fix Vertical Lines on My JVC Projector?

Yes, it’s possible to fix the vertical lines on your JVC projector. Here are some of the possible solutions.

Apart from cleaning, you can also try to regulate temperature by heating the chip for a few seconds.

To do this, disassemble your JVC Projector to get to the mainboard. Hopefully, you know what a DLP chip looks like, and if not, check for a chip labeled ‘DLP.’ 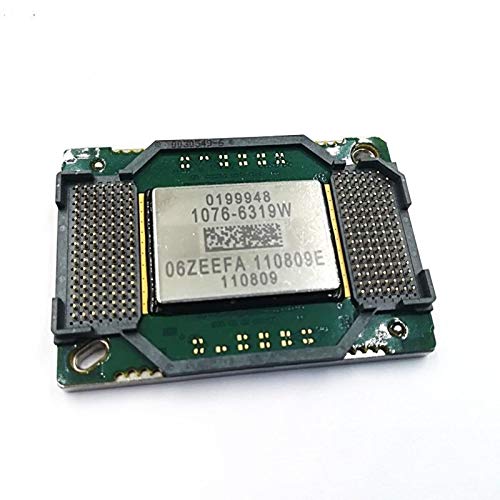 To give the desired temperature to the chip’s surface, use a small-headed screw to make round, firm circular motions on the chip for about 30-60 seconds. The chip should be around 250 degrees; hence take care not to surpass this, lest you end up baking the circuit.

Use a laser thermometer to tell whether the device has attained the required temperature. After this procedure, the vertical lines should disappear.

A bonus tip: cover the surrounding of the chip with aluminum foil to prevent the temperature from going over to other components and interfering with their functionality.

Regulating the temperature on a DLP projector seems pretty arduous for most people.

But don’t worry because most of the time, cleaning does the job, and if it doesn’t, you can always hire a technician for a small fee.

This is something you can do effortlessly.

First, you should detach all cables from your projector and other sources then ensure that all the cables are appropriately secured.

Then try holding down the projector firmly for a few seconds. The lines will vanish temporarily: this hack is only a short-term fix.

If it proves futile, move to the next solution.

3. Fixing or Replacing the Mainboard

The last solution is to fix or replace the whole mainboard.

Fixing the mainboard is easy, especially since it mainly involves cleaning. Of course, you will have to disassemble your device to give it a thorough cleaning to get rid of all build-up debris.

The replacement is quite demanding and technical, and you can easily render your projector useless if you don’t know what you are doing.

It’s wise to hire a technician for the replacement procedure. Yes, it would cost you, but it’s worth it because you will get rid of this annoying problem without risking your projector.

Well, that’s just about it. However, all these fixes are time-consuming and might be inconvenient if you need to use the projector urgently.

There are many things that cause vertical lines in JVC projector that can be frustrating trying to pin down one cause. With the help of our detailed guide, this should be easy now. Give it a go, and should anything go wrong, don’t hesitate to contact JVC support for help.