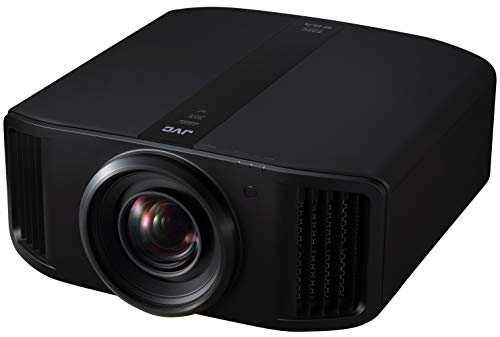 But not all gadgets get timely software updates. And even if they do, a piece of code cannot always fix every potential problem.

That is particularly true when the issue is hardware-related.

Projectors, smart or otherwise, usually develop more hardware-based concerns than your handheld electronic devices or computers as the complex components (projector lamp, lens filter, etc.) are more actively involved in the everyday workings of the machine.

So how do you repair your projector? What are the various issues you may encounter with your JVC projector over a period? And what are the solutions to those problems?

Read on to learn about all that and more.

Common Problems with Your JVC Projectors and How to Fix Them?

Generally, all projectors suffer from a few common problems, and JVC projectors, quite obviously, aren’t immune.

The following are the concerns you may encounter with your JVC projector, followed by solutions for those issues:

Your JVC projector may not turn on for different reasons, such as a loose plug connection, excessive heat, a dead battery, etc.

In some cases, the internal components could be fried. However, such component damage issues are unlikely with projectors only a few months old or ones that are still in warranty.

Solution: Make sure the projector is properly plugged in and charged. If the device is fresh from a session, give it a pause or some time to relax and cool itself down.

If the projector gets extremely hot within a few minutes of use, perhaps it’s dusty from inside and needs some thorough cleaning.

Also, make sure the projector’s vents are not blocked when it’s in use since that increases the likelihood of excessive heating.

If the internal parts are damaged, get the projector repaired by a JVC technician. Do not dig in unless you are a skilled professional who has worked on projectors before.

And if the projector is under warranty, do not attempt any DIY activity even if you know what you’re doing, as you would void the warranty.

Your JVC projector uses lights as signal tools to denote the status of its power, lamp, temperature, etc. If any of these lights are not stable during operation, pay attention.

If the light denoting the bulb is blinking red or orange, the lamp is nearing its end.

If the projector’s temperature light is winking, it means the device is too hot to the touch.

Solution: Replacing the bulb or lamp shall address the blinking light problem.

The temperature-denoting light shall stop going off if you give the projector some rest or maybe clean up its innards.

A widespread issue most people encounter with their projectors is a diminishing bulb.

If the projection is not as bright as it once used to be, or there’s discoloration, you may be dealing with an exhausted projector lamp.

The projector turns on but doesn’t cast any image is also a sign of a used-up lamp.

However, it’s recommended you do not wait until the lamp is completely burned out.

Running a projector with a lamp that has lost its efficiency significantly is a recipe for disaster.

For instance, the bulb could detonate due to excessive heat, damaging its casing, or the other vital components of the projector.

Those issues, however, plagued earlier JVC projectors (around 2011) and are not a concern with their recent offerings.

If your JVC projector’s lamp dies within a few hundred hours of use, it’s likely a faulty lamp, which you could seek a free replacement for, provided the light is under warranty.

Turning on your JVC projector may exhibit several colored lines instead of the traditional start-up screen.

Solution: Powering on and off the device multiple times usually, albeit temporarily, helps eliminate those vertical lines.

But such discoloration could be an indication of an underlying problem. Therefore, get a JVC technician to look into the matter.

If you use your projector religiously but do not have a semi-permanent setup, it’s likely you plug the HDMI cable in and out of the device frequently.

Although HDMI hardware is designed to last for years, it’s not immune to breakages. Regular use could cause it to wear and break completely.

And in the rarest of events, lightning or interference to the HDMI circuitry from electrical transients in the vicinity could fry the HDMI pathway, wrecking your projector’s HDMI socket.

Luckily, the internal components of your projector won’t be damaged by the electrical hazard.

Solution: A broken HDMI port on a projector is a relatively significant issue, and you must send the projector to a service center for a proper fix.

If your device is under warranty, a JVC authorized service center shall rectify the problem for free.

If it’s not, you’ll have to bear all the expenses.

The repair costs could be high at times, making a new projector purchase the more sensible way out of the situation.

Where to Repair JVC Projectors?

JVC Factory Service Center handles the repairs if the projector is a professional product or used for broadcast and simulation.

But if the projector is for home users, the company will direct you to one of its authorized service centers.

There are too many to list them all here. A quick search online would let you know the repair centers near you.

If you’re unsure about their “JVC-authorized” status, contact the particular service provider to learn more.

If manual scouring of the Internet doesn’t help, here’s a handy search function tool from Projector Central to make your hunt easier.

Kindly note if your projector is out of warranty, the service center will charge a small evaluation fee.

What Warranty Comes with JVC Projectors?

Generally, JVC has a good reputation for its after-sales support or customer service.

But there are exceptions.

As per past/existing user experiences reported on forums online, the company usually takes more time to repair devices (a few weeks to months).

But they do make sure the problem doesn’t reoccur.

And if they cannot rectify the issue and the projector is under warranty, JVC provides a replacement device, albeit usually a JVC-certified refurbished device.

But then the replacement window is pretty small. More on that later.

A JVC projector typically comes with a one-year or two-year warranty. The JVC DLA-RS49U, for instance, comes with a 24-month warranty.

Some JVC projectors could come with three-year warranty support or even more. For example, the JVC DLA-VS2500ZG is backed up by a five-year warranty.

And it is not the only JVC projector to have such an extended warranty period. The DLA-VS2300G also has a five-year warranty to boot.

Kindly note the warranty above covers only parts and labor.

For the lamp, JVC offers a warranty of up to 1,000 hours of use or 12 months, whichever occurs first.

That’s a lot better than the industry standard wherein projector lamps are usually supported for only up to six months or 500 hours of clocked use.

Again, the warranty specifics of your JVC projector may differ based on the model.

Dealers could top things up with warranty offerings of their own to spice up the deal or attract buyers.

It’s, in fact, not rare to see some of them offering a dealer warranty of up to five or six years.

If JVC offers two years of warranty and the dealer provides four years of support, it’s recommended you get your projector handled by JVC during the first two years of the product’s lifespan.

Taking it to the dealer instead may void your product’s manufacturer warranty.

Not to mention, a dealer would not be able to match the quality of service the manufacturer provides.

Necessary: Make sure you buy your JVC projector from a JVC-authorised dealership to avail company warranty.

JVC’s warranty support is comprehensive and quite the industry standard.

However, it’s not the active participant you would expect it to be in some situations.

If your JVC projector gets bogged down by a problem under warranty, you are expected to ship the product to the company.

It’s rare for JVC to send their representative to your doorstep to collect the projector or a technician who can fix the issue onsite.

To the company’s credit, projector issues that the owner cannot warrant a skilled professional’s attention.

And an expert cannot carry out the tests and diagnosis at the customer’s place.

JVC may pay for two-way shipping, but that’s not always a given or could vary based on your projector’s price category.

If it’s a relatively expensive device, the purchase price would have most likely accounted for future costs relating to repairs and shipping.

Then there’s also a common grievance with JVC that its replacement program is lacking or almost non-existent.

Its one-month replacement program is laughable (for the lack of a better word).

Competing brands offer a larger replacement window, with some suggesting the replacement provision for up to a year.

Epson, for instance, offers a one-year replacement plan on their projectors under the Epson Preferred Plus Protection Plan.

No, you cannot transfer the warranty on a JVC projector registered under your name to another person.

But that is not an issue or shouldn’t be an obstacle when seeking warranty support.

If you’ve got the product purchase receipt and have the projector, that’s all you need to set JVC support rolling.

That said, there’s also the possibility of the company denying warranty service if your name is not on the product invoice.

If you bought the projector used or got it registered to someone else’s name, it’s recommended to get the other person to talk to JVC support, just in case.

JVC prohibits its authorized retailers from selling JVC projectors on the Internet.

If the projector you bought online were only meant for a retail store transaction, JVC would forfeit all warranty services on the product.

At times, the price difference for the same product could be pretty significant between an online and a retail store.

If you’re willing to bite the bullet and believe the cost savings on the online purchase is quite the trade-off for a manufacturer warranty, go ahead with your purchase.

But if something goes wrong with the projector, it’s ultimately your responsibility to get it fixed.

That is why they say never buy expensive items without a manufacturer warranty.

Should You Replace or Repair Your JVC Projector?

If your JVC projector is a few years old, out of warranty, and its repair costs are around or less than 40 to 50% of the projector’s original cost, getting it serviced makes sense.

But if the repair costs are close to the machine’s original price, get a new one without a second thought.

Your repair costs will be significantly low or pretty much naught if the projector is still under warranty.

It only takes a matchstick to set a forest ablaze. Similarly, it takes a minuscule component to go rogue and wreck your JVC projector or disable its functioning altogether.

Proper maintenance and regular cleaning are usually all you need to mitigate any future issues with your device.

But because the components, such as the lamp and filter, have a definite lifespan, you must replace them when they’ve neared their end.

No amount of upkeep will ensure never-ending sustenance.

Using the device judiciously or not putting it through multiple marathon sessions is another way to take good care of your projector.

But after all the care and maintenance, or if your projector presents issues early on, there’s likely something inherently wrong with the device, which needs an authorized JVC center’s expert attention.