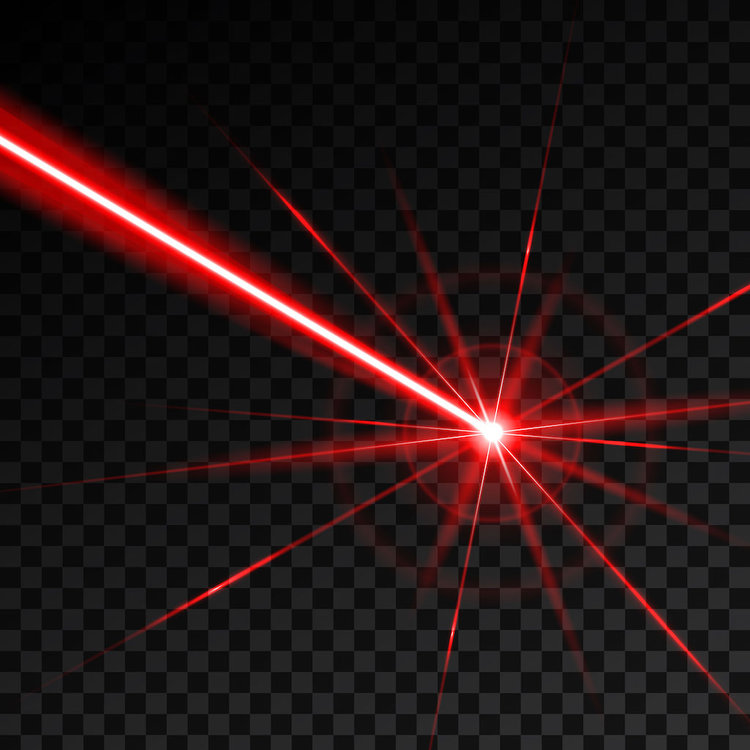 Is it Illegal to Shine a Laser Pointer at Someone?

Many people love laser pointers and they’re used for so many different things. You might own a laser pointer for the purpose of playing with your cat. Some people use laser pointers to help them with presentations at the office. Even if you don’t use one of these laser pointers all the time, you’re definitely well aware of how useful and prevalent they are.

It’s also possible to accidentally hurt someone while using a laser pointer. This has led to some people wondering “is it illegal to shine a laser pointer at someone?”

The answer to that question is a bit more complicated than you might imagine. Read on to examine this question so that you can come to an understanding about the legality of pointing laser pointers at other people.

What Are the Dangers of Crystal Light?

There are potential dangers when it comes to using crystal light. There are legal limits for how powerful laser pointers are supposed to be.

Laser pointers are generally supposed to be 5mW or less. Sometimes you will find them on the market being sold at higher power levels.

This can be a real problem due to the fact that high-powered lasers can do more harm to the human body. People can use more powerful lasers to shine light from further away. This makes it easier for people to use laser mischievously.

If you want to keep yourself safe from these issues, then it’s important to use laser pointers that are in compliance with the laws of the United States.

Can a Laser Pointer Damage Your Eyes?

Yes, a laser pointer can potentially cause damage to a person’s eyes. If you were to shine one of these lasers in someone’s eyes, it could cause him or her some discomfort.

Most lasers are designed to be safe enough that they won’t harm someone due to accidentally getting flashed with the laser in his or her eyes. However, there are more powerful lasers on the market that can do even more damage.

It’s very unlikely that a laser pointer is going to seriously damage your eyes. Even so, it’s not outside the realm of possibility. This means that you need to exercise caution when making use of laser pointers.

Shining these lasers in your own eyes or in the eyes of another person is something that needs to be avoided. You don’t want to cause vision problems or discomfort so remember to avoid situations where lasers will be near your eyes.

This is also a good reason to keep kids from playing with laser pointers. Many children aren’t able to understand how to responsibly use these laser pointers so it’s best to keep them away from the reach of young children.

You don’t want to experience any eye damage problems due to leaving a laser lying around your home. The potential for eye damage is there even if it’s unlikely that it’ll cause any severe or lasting problems.

Is it Illegal to Shine a Laser Pointer at Someone?

Now it’s time to circle back to the question of whether it’s truly illegal to shine a laser pointer in someone’s direction. It might be illegal in certain circumstances.

The laws are different depending on where you go. If you’re talking about just places in the United States, then there are several situations where laser pointers can be used illegally.

For instance, some states have laws that define shining a laser pointer toward another person as a form of harassment. This then makes the act of shining the laser pointer illegal.

There are also states that clearly define shining laser pointers at people as being illegal in specific instances. Shining a laser at the cockpit of an airplane is considered to be illegal and shining it at people in cars is illegal in many places.

There are also places where the laser pointer laws are unclear. It’s definitely illegal to cause someone harm so if you used a laser pointer to harm someone’s eyes, then that would certainly be seen as an illegal act.

Knowing this, you should try your best to use laser pointers responsibly. They’re useful tools that you’ll probably want to keep around but they can potentially cause harm to others if you aren’t careful about how you’re using them.

Do People Really Use Laser Pointers to Harm Others?

People really have been using laser pointers in very negative ways. The reason for the aforementioned laws coming into existence is that people have decided to use laser pointers irresponsibly.

There are many reported incidents where airplane pilots have reported lasers being shined at them while they were on the ground waiting to fly. This can lead to incidents and is certainly a form of harassment.

Knowing that lasers can cause people harm should be enough for you to want to use them responsibly. If people shine lasers in the eyes of drivers on the road, then the distraction could be enough to cause a serious accident. This could cause people to lose their lives for absolutely no reason.

Lasers have the potential to be used for harm just the same as anything else so you have to commit to using them responsibly if you’re going to own them.

The actual laws about using laser pointers on people are defined in some states and unclear in others. It’s very clear that it’s illegal to harass people or harm other people, though.

There are states where it’s recognized as illegal to shine laser lights in people’s eyes or to try to harm them using these lasers. If you want to figure out the legality of laser pointer use in your area, then you’ll have to do some specific research to get the answers you’re seeking.

Just know that it’s imperative to use these laser pointers in a responsible fashion. Now that you’re aware that they can be used to hurt others, you should want to take steps to avoid these problems.

It won’t be overly difficult to avoid using lasers in a way that can hurt other people. You just need to think about what you’re doing and understand that these tools aren’t meant to be used for pranks.

Laser pointers are so common and they aren’t going to be disappearing. These are important tools that the vast majority of people use for normal reasons.

It’s just important to know that your actions do have consequences. Avoid using laser pointers in ways that they aren’t intended to be used so that you won’t hurt anyone else.

Clicker vs Remote: How are they different?

Presentor vs. Presenter: How Are They Different?

What is the Apple Equivalent of Powerpoint?