While still new, office chairs can glide across the room without much force.

But, after a few years, you might notice it gets harder to move around. Until at some point, you won’t even be able to move it from one side of your desk to the other.

Why does that happen?

It could be because too much hair has gotten into the casters, clogging the axis.

Just imagine, the casters wheel on carpets, rugs, and even the floor. It’s no wonder then it picks up a lot of the hairs stuck in carpets or lying on the floor.

If you find a lot of hair on your office chair‘s casters, you’ll need to remove it. You want it rolling smoothly again, right?

Here, we’re going to show you the 3 best ways to remove hair from your office chair’s casters.

Before that, it’s first important to know how office chair casters work.

This way, you’ll understand why hair strands can clog it up. You’ll also be able to understand the removing process better.

If you look at an office chair caster, you’ll see it has 2 wheels with a base in between.

What you don’t see is the metal axis inside that. This axis is what gets the wheels turning.

Now, to put it all together. The axis attaches to one wheel. It then goes through the base. Finally, it attaches to the wheel on the other side, securing it with a groove.

Some casters have the same features but are permanently attached together.

That’s it. A caster has very simple features.

So, when hairs get sucked in, it’ll crowd on the small spacing between the wheels and base.

The more crowded it gets, the more the axis won’t be able to turn, clogging the wheels and the whole office chair.

The 3 Best Ways to Remove Hair From Office Chair Casters

You don’t have to worry too much when this happens. This is because there are many ways to remove the hair.

As we mentioned, we’re going to tell you about the best 3 ways here.

1. How to Remove Hair From Casters Without Disassembling It

Have you ever tried pulling the hairs out from the casters?

It’s a tedious task without a lot of results, isn’t it?

You might be wondering, “why is it so hard to remove the hairs by pulling it out with your hands?”

Well, as the casters roll around, the hair gets tangled, wedging onto the wheels and base.

Since the space between the wheels and base is small, you can hardly fit your fingers to untangle the hairs.

Instead of wasting your time doing that, try this method for faster and better hair removal.

One thing we love about this method is that you don’t need to disassemble the caster.

However, you should know that it might not be as effective as the other methods we’ll mention later on.

You’ll need a few tools for this. These are duct tape , a clipper , and a tweezer .

Use the clipper to cut the clumps of hair into tiny sections. This will loosen it a bit.

After that, try to pull out as much hair as you can, it’ll come out easily as it’s already cut and loosened.

Then, cut a piece of duct tape and fold it with the sticky part facing outward.

Stick the duct tape in the spacing to collect the tiny hair clumps and pieces, as well as other debris.

As you might guess, duct tape can’t reach into the deep cracks of the wheels. This is where the tweezer comes in. Use it to pick hairs wedged onto the cracks and the base.

Do this until most of the hair is gone and the wheels’ turning becomes smooth again.

This is the first method for removing the hair from your office chair’s casters.

2. How to Remove Hair From Casters by Disassembling It

How to dismantle and clean office chair caster wheels

If you want to remove every last bit of hair, you should try out this disassembling method.

When you read the word “disassemble”, you might hesitate. Won’t that be difficult? 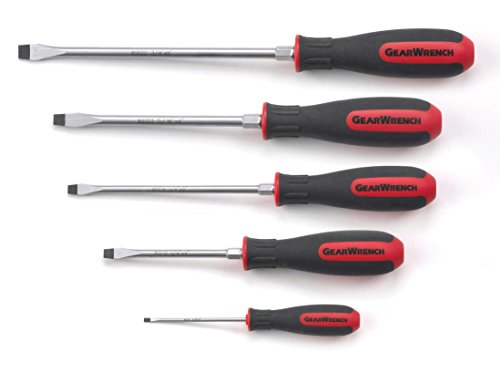 Insert the first screwdriver onto one side of the base. Slide it through so that the screwdriver is between one wheel and the base.

Do the same with the other screwdriver on the other side of the base.

So there will be a screwdriver sticking out on each side of the base.

The next step is to pry one of the screwdrivers until the wheel falls out. You might need a lot of force to pluck it out of the axis. Don’t worry, it won’t break.

To do that, first remove the caster from the office chair’s leg by pulling it out. With this, you can place the base on a table and push down onto the other screwdriver. This should snap the axis, along with the other wheel, out of the base’s lock.

When the caster is disassembled, the hairs are exposed, making it easy and quick to pluck it out.

If some stubborn hairs insist on sticking to the axis, you’ll need help from a cutter blade to cut it off. Make sure you slide the blade down along the axis. You don’t want to cut into the metal. 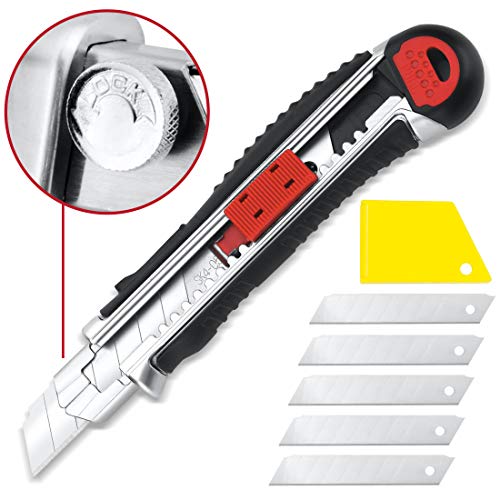 Once you remove all the hair, it’s time to reassemble the caster.

All you need to do is get the wheel stuck to the axis. Place it through the base, pushing it in until it locks. Then attach the other wheel to the tip of the axis.

To snap it all together, press the wheels against your palms.

There! As easy as that!

If somehow the wheels don’t turn even after removing all the hair, try spraying WD-40. This should loosen it up.

One last thing. This method won’t work if your casters are the type that’s stuck permanently.

3. How to Remove Hair From Casters by Replacing It

Upgrading My Office Chair From Caster Wheels to Rollerblade Wheels

With the first 2 methods, you have to get your hands dirty. Plus, it’ll take quite a while to remove the hairs from all 5 casters.

If you don’t want any of that…

…you can replace the old, dirty casters for new ones!

If you decide to do this, don’t replace it with the same type of casters. If that’s the case, it’s just going to gather up hair again.

There are 2 reasons why these casters are best if you want to avoid hair accumulation.

The first reason is that its wheels are a bit more high-raised. This means the openings aren’t too near the floor, making it hard for hairs to get in.

Another reason is that it has bigger openings. If ever hairs still get stuck, this gives you more access to the axis, making it easier to remove hairs by pulling it.

The best part is that it’s super easy to replace these casters.

Simply pull out the old casters and push in the new rollerblade casters.

That’s all there is to it.

These are the 3 best ways to remove hair from your office chair’s casters.

The next time your office chair isn’t rolling as it should, it’s time to check the casters. If hairs are clogging it up, start removing it with the method you prefer to get it back to normal.

Read more: How To Fix Office Chair Wheels That Keep Falling Off?