Luckily Epson sells a universal projector ceiling mount that is compact and sturdy. So, if you’re wondering how to mount an Epson projector to your ceiling, it’s pretty simple. But don’t worry, we’ll show you how to do it.

The Epson mount is called the Epson V12808001  Universal Projector Ceiling Mount, and today we’re going to show you how you can mount it. 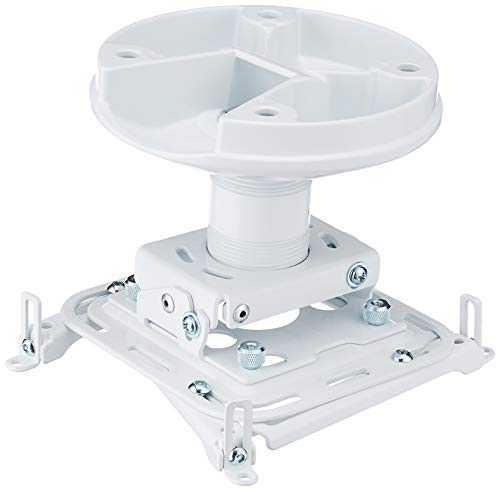 So, what is the Epson Universal Projector Mount? We’re going to lay it out for you.

The Epson Universal Mount is small. It’s roughly 6.5 inches and weighs less than two pounds. This ceiling mount is compatible with many of the Epson projectors.

The mount is white. It’s sleek, aesthetic, and offers a low visible profile.

Once placed on the ceiling, the mount contains a quick connect and disconnect release. It is also made with easy access to important projector components like the lamp and filter access.

You can also mount it flush to the ceiling, giving it a sleeker and almost invisible look.

The Universal Epson Ceiling Mount is highly adjustable, which gives it its versatility. Otherwise, the material is solidly made to prevent any shaking.

If you’re interested in a video overview of the Epson Mount, check this video out. It will show you all the basic components, what comes in the box, and the basic principles of how to mount it.

The video also shows you how adjustable it is and how it pivots to accommodate any household theater.

How to Mount an Epson projector to Ceiling?

Mounting the Epson mount to the ceiling is not as difficult as you think. We’re going to walk you through it.

Although mounting it is easy, there’s another installation component that we are not going to cover, and that’s hooking up the projector to its appropriate wires and blending them into your home theater.

Let’s continue to see what we need. 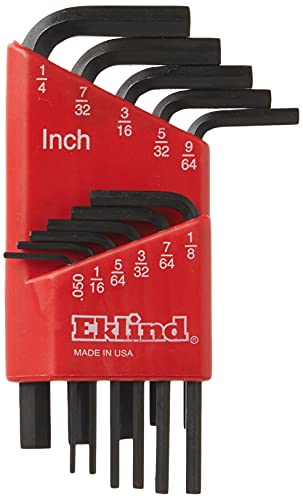 First and foremost, let’s go over the necessary tools you’ll need to mount this item to the ceiling.

You’ll need two specific L-shaped Allen Keys. But don’t worry, these are included in the package.

The Allen Keys come in 3/32 inches wide and 5/32 inches. However, you’ll also need a power drill, a Phillips Screw Driver, and a half-inch swivel head wrench.

Hardware in the Box

The Universal Epson Ceiling Mount comes with many screws and parts. But, don’t be overwhelmed. We’ll go over all of them here, just in case.

It comes with one three-inch pipe that covers the mount’s “neck.” This item covers any wires that plug into the projector.

You’ll also find one ceiling plate and one universal interface with a ceiling mount.

To put all of this together, the hardware provided includes:

Considering some projectors weigh around 40 pounds, the ceiling mount needs to be installed in an acceptable structural way that can support up to five times the weight.

Installing the ceiling mount with the projector incorrectly can result in severe injury or severe damage to your equipment.

If this is more than you can handle, please consider hiring a handyperson to help you out.

Another critical point to consider before mounting the ceiling mount is that you should already know the distance you want the projector mounted. This provides you with a clear image at the appropriate size.

For the exact throw dimension, please read your Epson manual.

If you plan on installing your ceiling mount to a concrete ceiling, the process will differ slightly. Nevertheless, you can always find the instructions on how to do so inside the ceiling mounts manual.

However, make sure the holes are adequately located within the center of the wood beams of your house.

If you’re interested in an illustrated version of the instructions, please refer to the manual here. However, keep reading for more step-by-step instructions on how to continue mounting it.

At this time, don’t tighten the ceiling plate. That’s so you can accommodate wiring.

If you’ve already installed a flush wiring system in your home theater and are adequately prepared for the next part, then continue to run the wiring through the ceiling plate.

Now that the wiring is in place, you can tighten any loose screws on the ceiling plate to create a sturdy and flush plate against the wall.

Next, grab the fixed pipe and allow any cables to go through.

Adjust the pipe into the ceiling plate snugly. Take the L-shaped Allen screw and the appropriate plugs to secure the pipe. 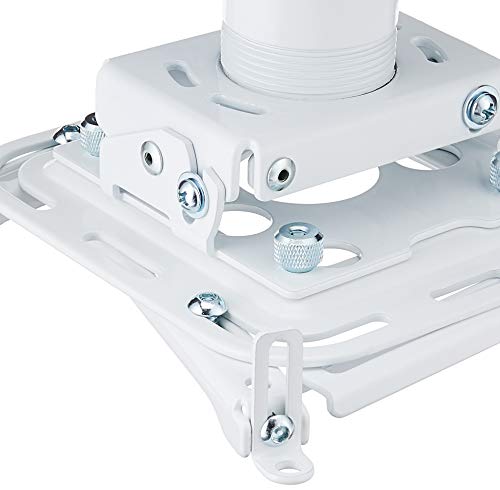 Take the projector mount with the fixed pipe. Thread it through any wires and mount to the pipe by turning counterclockwise until it tightens.

Secure the mount to the pipe with the screws but do not overtighten.

Now you can attach the universal interface.

As a side note, there is no one way of mounting the universal interface. It’s made so that you can pair it with many projectors of different sizes.

From here, everything is modified according to your projector.

The legs of the user interface are adjustable. You can move them around. Shorten them or elongate them. Or you can remove them entirely.

Nevertheless, that’s how you mount an Epson projector to the ceiling using the Universal Epson Ceiling Mount. 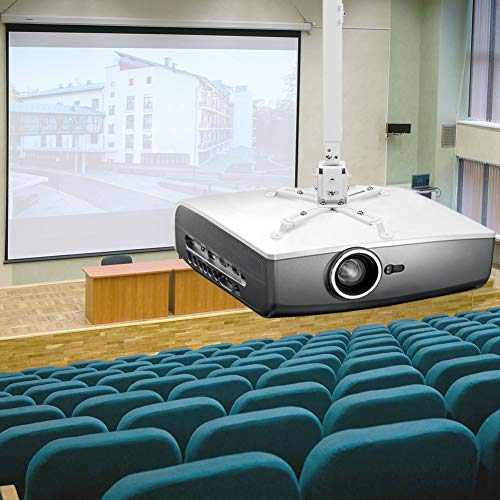 We hope you learned how to mount an Epson projector to the ceiling using the Epson Universal Projector Mount.

As you can see, it requires many steps. However, we simplified it, so you’re not overwhelmed.

In other words, we gave you the tools, the parts and showed you the big steps you need to take to make that excellent home theater.

The Epson Universal Projector Mount is not just a sturdy piece of hardware. It is a great tool that fits most projectors and creates a flush and clean look for your home theater.

Now that you’ve mounted the Epson projector to the ceiling, you’re one step closer to your dream home theater.