1. Use a magnifying glass

All you need to do is point the magnifying glass to an object, say, a black plastic bag or a match. Flash the regular laser through the glass. Watch in amazement as the plastic starts to smoke or the match lights up.

When you refocus the lens, you’re actually letting the lens direct all its light to one focal point.

It becomes a burning laser because all the power, say 5mW, focuses on one area.

As an Amazon Associate and member of other affiliate programs, I earn from qualifying purchases.

Most of us will understand the concept of lasers used for laser pointers, or even those Star Wars lightsabers that we all love to play with.

However, if you do not have the budget to buy a burning laser outright, how do you go about making one from a regular laser pointer?

How to Make a Burning Laser from a Regular Laser?

Is there any way you can turn a 5mW laser into a burning one? Yes, there is! And we’re going to explain how you can do this here.

Now, we’re going to talk about 2 ways to turn regular lasers into burning lasers. We’re also going to recommend some tools for the process below.

Let’s get straight to it!

Tools for the DIYs

If you’re looking for a good regular laser to try this experiment, we recommend LUCHENG’s 3 color pack.

The blue/violet light is the best to use since it has a shorter wavelength and higher energy than red or green. It’s more effective with heat and burning.

But you can try it with all 3 colors. Or, you can use the red and green as a regular laser and the blue/violet one as your burner. Either way, 3 is always better than 1.

Any kind of magnifying glass will work for the first method. But if you want something more effective, then we recommend Samfox’s double convex lens.

The curve in this convex lens makes focal point concentration even higher. This allows the regular laser’s light to be even hotter. 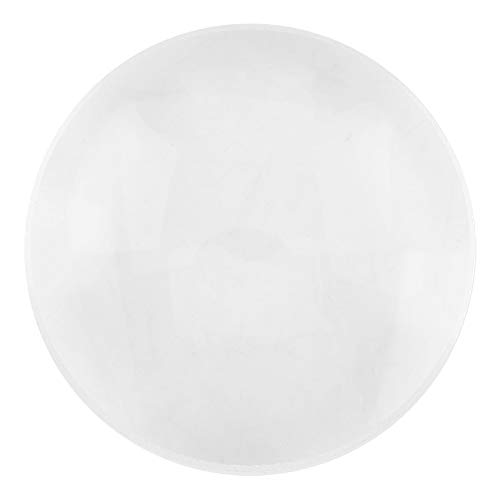 If you decide to try this DIY project, safety always comes first. You need to protect your eyes because the light is very bright, it could very well blind you.

Now, you can use any kind of shades as eye protection. But for better protection, get one specifically made for that.

HDE’s Laser Eye Protection Glasses are a good choice. It can block out the different wavelengths of a laser with a higher mW. 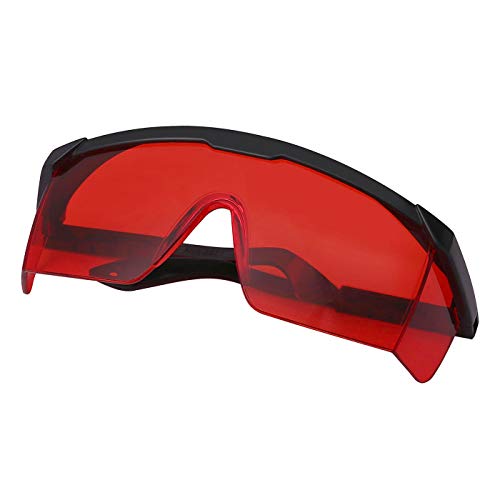 1. Use A Magnifying Glass

How to Make a Burning Laser Hack

This method is the simpler of the two. You won’t need anything but a regular laser and a magnifying glass.

All you need to do is point the magnifying glass to an object, say, a black plastic bag or a match. Flash the regular laser through the glass. Watch in amazement as the plastic starts to smoke or the match lights up.

It’s THAT easy to turn a regular laser into a burning laser with a magnifying glass.

If you want your regular laser to be a burning laser in itself, then use this method of refocusing the lens. Don’t worry, it’s not complicated.

The first step is to remove the batteries of the laser. You don’t want any charge happening when you’re working with it.

Then, pry off the lens cap with pliers. If it doesn’t budge, add more force by rocking it from side to side. Or, you can try turning it.

Once you remove the lens cap, you’ll notice the lens surrounded by a plastic base. You’ll also notice that the plastic base has tiny holes covered in glue.

To get to the tiny holes, you’ll have to scrape out all the glue. Once that’s finished, you can use an Allen wrench to turn the plastic base. That’s how to refocus the lens.

But not all regular lasers are the same. Some have the lens’ focus on the device’s driver. Other lasers have notches instead of holes in the plastic base. If it has notches, use a flat-head screwdriver instead of an Allen wrench to turn it.

No matter what laser you use, the main goal is to find the lens’ focus and turn it to refocus. On whether you should turn it clockwise or counterclockwise, it depends on the laser. Just test it and see.

If the lens’ focus is on the driver, be extra careful when working with it. This is because it’s very fragile, you might break something or damage the driver.

So there you have it. That’s how you can make a regular laser into a burning laser through refocusing.

When you refocus the lens, you’re actually letting the lens direct all its light to one focal point. The same is true with the magnifying glass.

If you don’t use a magnifying glass or refocus the lens, the light scatters around when you point it at an object. But if you get all the light to focus on one spot, it becomes hot and eventually burns.

Again, if you think that this can cut through thick material, it can’t. It’s not powerful or hot enough. The best it can do is pop a black balloon, smoke a black plastic bag, or light a match, which is still pretty impressive.

The Fundamentals of Burning Laser

What does mW mean in lasers?

The first measurement we need to understand is the power rating “mW”. mW stands for milliwatts, a measure of energy.

In lasers, mW is used as a unit to describe the power of lasers. Basically the higher the power, the brighter the dot and beam will be. Also, with more power comes more burning capability.

Early laser pointers were helium-neon (HeNe) gas lasers and generated laser radiation at 633 nanometers (nm). They are usually designed to produce a laser beam with an output power under 1 milliwatt (mW). The least expensive laser pointers use a deep-red laser diode near the 650 nm wavelength.

What mW laser will burn?

A standard 1mW to 5mW laser pointer is not capable of burning but a 50mW, 250mW or 1000mW laser will readily burn many materials. 10 mW is enough to melt black plastics and burst balloons, while lasers of 100mW and above can light up a paper.

What color laser is best for burning? Lasers that light matches and burn paper

In the US, it is legal under federal law to own a laser of any power. Under federal law, it is perfectly legal to sell any laser above 5 mW as long as the laser complies with FDA/ CDRH laser product requirements for labels, safety features, and quality control. And as long as the laser is not promoted as a “laser pointer” or for pointing purposes.

If a laser over 5 mW is called a “pointer” or is sold for pointing purposes, the person performing the illegal act is the manufacturer or seller. If the consumer (end-user) has a mislabeled or non-compliant laser, it is legal for them to possess it.

We are not aware of any cases where a non-compliant consumer laser has been taken from its owner simply for being mislabeled, or because it did not have the safety features of its class.

However, we would recommend you to upgrade to a compliant version, as the FDA would likely require the seller to refund or replace the product.

What are laser mW ratings?

The mW rating measures the output of power from the laser. The power of the laser in a laser pointer is the most important measure of how the laser performs and the type of tasks for which it is suitable.

Laser pointer power is measured in milliwatts, which is denoted with “mW” in laser pointer descriptions. The following chart lays out what the different power ranges on laser pointers mean for their use.

This chart lays out the power ranges on laser pointers according to their class level. There are some practical applications of lasers listed for comparisons, such as visibility in varying conditions, and their effect on human skin.

We hope you’ve benefited from this short guide about making burning lasers from regular lasers safely. Remember, if in doubt, always consult an expert or your local hardware store – you do not want to get hurt while playing with lasers!