Projectors can cast images much bigger than a TV and that too for a fraction of the cost. A high-end 85-inch 4K TV will be more expensive than a projector that can cast more prominent images.

Even then, projectors have not become mainstream or been adopted by the masses the way televisions are.

Before blaming the general populace for clinging to tried and tested things and not trying out newer products and technologies, let’s look at things from a third person’s view.

Basically, projectors are not as “consumer-friendly” as TVs are yet.

Besides the installation and maintenance headaches linked to owning and using a projector, some issues could directly hinder the viewing experience.

Focus or the lack of focus is one of them.

With televisions, a blurry image is a non-issue. It’s never the hardware’s fault if you see non-sharp visuals on a TV screen. But doubts about the projector arise when the images on a projection screen lack focus.

And if you think you could sidestep focus concerns with a more advanced projector, you are wrong because the issue is as much with the implementation as with the actual tech itself.

As a result, even the most popular and well-praised projectors could have focus concerns, including many revered Sony projectors.

If you own a Sony projector and it often struggles to keep focus, read this before considering a repair or replacement.

Lack of Focus and the Sony Auto-Focusing Feature

An “out-of-focus” image doesn’t need any explanation. If you cannot see the edges of the elements in a given shot, it’s not in focus. In other words, those would appear blurred or obscure.

Sony is aware of such focus issues with projection and, therefore, has an autofocus feature built into its projectors that handles focusing by itself. 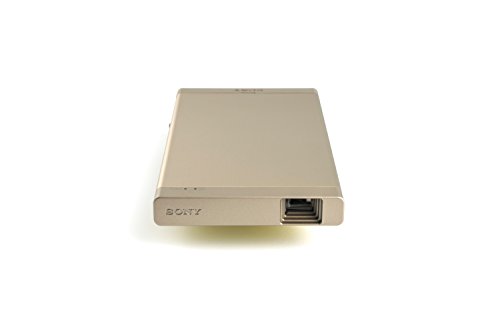 The projector adjusts focus automatically by employing a range sensor installed at its rear to measure the physical distance from the lens to the projection screen.

And the special motor within will rotate the lens elements, allowing the projector to take charge of the focus aspect.

To enable the automatic feature, press the “Auto Focus” button on your Sony projector.

But the functionality doesn’t always work as advertised.

Your Sony projector may not be able to adjust the focus by itself in the following scenarios:

When the auto-focus functionality cannot do its job, that is when the user must step in. In such scenarios, turn off the autofocus feature and try to make manual adjustments.

How to Adjust Focus on Your Sony Projector?

Before adjusting the focus by delving into your Sony projector’s settings, ensure the hardware-related aspects of the arrangement are taken care of.

Generally, the following could be the reasons your Sony projector may be finding it difficult to focus:

(Unlike other brand projectors, the aspherical lens Sony uses in its projectors performs well at both physical distance extremes.

Also, Sony provides projection simulator software to help ascertain the right projector and screen distance according to your space.

Not to mention, if the distance between the projector and its screen is set right, it becomes a lot easier for the auto-focus feature to do its job.)

In most cases, taking care of the above should fix the focus problem.

If it does not, dig into the respective operating systems of your Sony projector and the source device for further introspection.

But before that, make sure the actual content has no inherent focus issues. There could be built-in focus concerns if it’s an amateur video or a shot not captured well.

Do not expect your Sony projector to make amends for that.

Now, let’s get to things you could set right at the software level.

If using a desktop or laptop computer as the input source, ensure the device’s video resolution settings match your projector’s native resolution.

When there’s a resolution mismatch, your projector could upscale or downscale the projected image, resulting in blurry image

Use Your Projector’s Zoom Functionality

Moving the projector to fall in line with the screen can help remedy the focus problem. But if it doesn’t, or physically moving or changing the projection angle is not an option, use the device’s “zoom” function.

Decrease or increase the zoom based on the physical settings and/or specific requirements. You may adjust the zoom using the remote or the buttons on the projector itself. 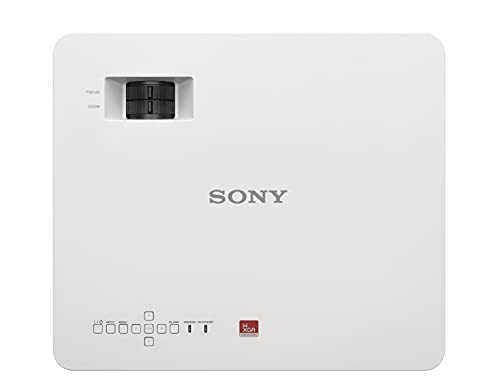 Look for the Zoom button on your projector or Lens button on your remote control to pull up the onscreen menu. The Up/Right button will enlarge the picture, and the Down/Left button helps decrease image size.

Press the button with the Up or Right arrow to enlarge the picture. To decrease image size, press the Down/Left arrow button.

If the image looks blurry, look for the focus ring located on your projector and turn it to its left or right so that the picture is sharp enough.

Never touch the lens with your bare hands.

If the lens’s orientation requires adjustments, do it using the remote or software settings. Touching the lens could lead to streaks on the glass, and the retracting/extending glass module may also hurt your fingers.

Note: The focus may not be on point immediately after you power on the projector. Give the device a few seconds to get familiar with the projection surface or screen before taking things into your hands.

If the focus doesn’t seem right, manually adjust the same only after the projector is powered on for 30 minutes at least.

A projector having focus issues is not a major concern. Even the best projectors get affected by the problem time and again as things external to the device may cause the issue.

Therefore, if your Sony projector is struggling to focus, look to set its environment and positioning right before fixing things integral to the device.

If the focus problem persists even after the internal and external aspects of the projector are taken care of, contact Sony support.

But let calling up the manufacturer for help be your last resort.