Sometimes we wish we could simply take our projector, lay it on the table, and have it align perfectly with our projector screen as soon as it’s turned on.

Newer projectors are coming out with digital features that help speed up the alignment process, but you will still need to do some tinkering to get the best results.

It is also not a good idea to rely on digital settings, because they cause a loss of image quality. It is always best to get your physical adjustments as close to perfect as possible before moving to digital.

Physical adjustments have mainly to do with the distance your projector should be from your screen and the height. It will also include things like zoom, roll, and lens shift.

As for digital adjustments, these include keystone correction and Quick Corner.

You should note that adjusting your projector isn’t as simple as going through a checklist. You will need to revisit each of your adjustments several times to get everything to work together.

We’re listing the adjustments you’ll need to make in an order that will help you make the least amount of readjustments. Take it as a guide and not something you should follow strictly.

Throw Distance – The distance your projector should be from your screen

How far away should my projector be from my screen? This is one of the first questions you need to answer. It’s especially important to answer that if you don’t have much space to work with.

You can figure this out by finding your projector’s throw distance in the user manual or box. It will either be a single number or a throw range. A single number means that the projector doesn’t have zoom functionality.

To calculate your throw distance, simply take the width of your projector screen and multiply it by the number listed on your projector’s user manual. What you get from that equation is the correct projector-screen distance to fit your screen width.

You will have better flexibility with throw distance if your projector comes with a zoom lens. Just make sure to use the correct throw distance for your zoom length.

Using the same example above, if your projector has a throw distance range of 1.3-2.5, this means you can set your projector anywhere 83.2-160 inches away from your screen.

This video has some beneficial information about the throw distance and other projector adjustments.

Vertical Offset – How do I adjust the height and angle of my projector?

How would I know how many books to stack under my projector? Or how long should my projector ceiling mount be?

Many people don’t put enough thought into the vertical position of their projector. They simply lay it on the table, or attach it to a ceiling mount, and tilt it up or down to align the image with their screen. This can often result in a distorted image if the projector offset isn’t taken into account.

Offset is the position of the projected image relative to the centerline of your projector’s lens. It is important to note that offset is often measured differently depending on the projector manufacturer.

0% offset for some manufacturers will mean that the center of your projector’s lens lines up perfectly with the bottom of the projected image. For others, it means that the lens lines up with the center of the projected image. Make sure to study your user manual so you know what 0% offset is on your projector before moving forward.

The offset will be listed as either positive or negative. A positive offset means that the image will be projected upward. This will allow you to set your projector down on a table that is lower than your projector’s 0%.

Although it is less common, some projectors have negative offsets. This will allow you to set your projector on a high bookshelf or a ceiling mount without having to flip your projector upside down.

Let’s take a look at a couple of examples to get a better idea about how offset works. For the following examples, we’re going to be referring to 0% offset as our lens lined up with the center of our projected image.

If our projector has an offset of +50%, this means that the image will be projected above the centerline of our lens at a distance of 50% of our image height. This will also mean that our lens will now be in line with the bottom of our projected image.

It may seem a little confusing at first, but once you get the idea, you will find that it actually is quite simple. If you don’t want to calculate the offset yourself, you can find a lot of offset calculators online.

Some projectors come with a neat little feature called lens shift. With lens shift, you will be able to physically shift your projector’s lens to adjust the offset. Having this feature will save you a lot of time when you’re trying to perfectly align your projected image to your screen.

The most common setup is to have your projector horizontally aligned with the center of your screen. If for some reason you need to set your projector to one side, you will have to adjust the horizontal offset.

You can do this using lens shift. It will allow you to physically shift the lens to adjust the horizontal offset. If your projector does not have lens shift capabilities, you will need to use keystone correction to fix this.

Roll is much simpler to adjust than the previous ones we talked about. Before adjusting the roll on your projector, make sure that your projector screen is level. 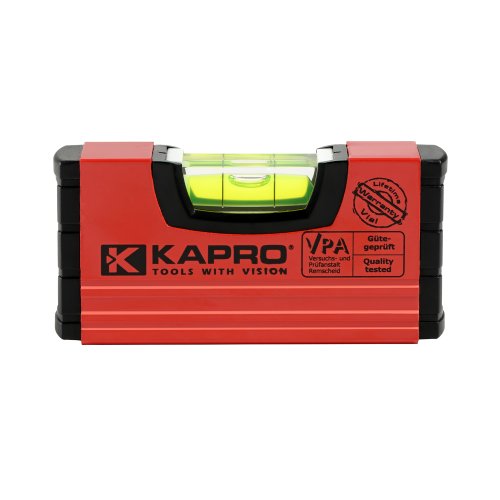 As long as both your projector screen and projector are level, you won’t have any roll issues.

Digital Adjustments – How to adjust my projector settings?

After going through all your physical adjustments, if there is still something slightly off, you may want to use some digital adjustments.

Here’s a video that demonstrates how to use keystone correction on your projector.

Watch this demonstration video to see how it works.

How to use Quick Corner on a EPSON Projector

Read more: How To Connect Epson Projector To Wifi?

Projector Calibration – How do I calibrate my projector picture?

After spending quite some time adjusting your settings to get your projector to align with your screen, you’re finally ready to watch your favorite movie. You turn it on and sit back to relax. A couple of minutes into the film you notice something is off. (Read more: How to Set up a Projector Screen?)

Why is the grass blue? Why do the people look as if they came from outer space with their funny skin complexion? Is my projector broken?

Image calibration is the adjusting of different video settings to get the best image output. These settings include image brightness, contrast, hue, saturation, and sharpness.

Many projectors come with automatic calibration. With a simple click of a button, it will automatically calibrate the image for you. You can then make fine-tuning adjustments if you’re not completely satisfied.

If your projector doesn’t come with automatic calibration, you may do the calibration yourself. Start by adjusting the brightness. Get it to a level that isn’t too bright that it will hurt your eyes. You don’t want it too dim either.

Once the desired brightness level is achieved, you can then adjust the contrast. This is also referred to as the white level. Make sure the whites are white and blacks are black. It will take a bit of time to get your contrast right.

Next, you can adjust your saturation. This is the amount of color on the image. You’ll want to keep your saturation at default in most cases. Only increase the saturation if your image looks dull and decrease if you think it’s oversaturated.

The hue, or tint, should also be left at default. Only adjust your hue if you have color issues or if you’re unhappy with what you see on the screen. You may need to play around with it a little to get your desired look.

Sharpness is the amount of detail in the image. If your sharpness is set too low, the image will appear blurry. You also don’t want it too sharp, this will cause unwanted image noise or grain.

Calibrating your projector image will take a bit of tinkering to get it right. There is no one correct setting for all screens. Getting it right will have more to do with your personal preference.

You may also check out the video below on how to calibrate your projector.

It may seem like a lot of work to get your projector to fit your screen perfectly and to calibrate your image. Again, you will have to revisit each adjustment multiple times to get everything to work together. But with enough patience and attention to detail, you’ll eventually have your projector aligned and ready for your favorite movie or video game.