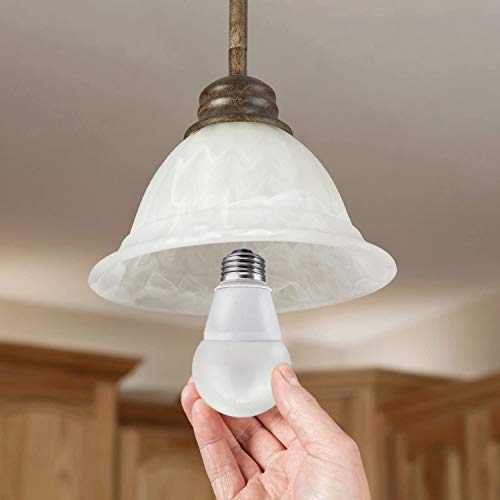 As you embark on your journey to illuminate your home, the copious amounts of Watts and Lumens can quickly become muddled up into a confusing mess. Don’t worry; it doesn’t have to be that complicated.

Why do some light bulbs have fewer Watts but more Lumens?

What is the difference between the two?

How to Convert Lumens to Watts and Vice Versa?

How you convert Lumens to Watts depends on the type of light bulb.

Different light bulbs use various amounts of energy to produce a specific level of brightness, measured in Lumens. Bulbs that are more energy efficient can emit more light with fewer Watts.

When converting Lumens to Watts, and vice versa, there are four main types of light bulbs to consider.

Note that figures may vary slightly depending on the brand of light bulb.

LED, or Light-Emitting Diodes, are the most energy efficient and economical bulbs, producing 70 Lumens per Watt, or 70 lm/W. Therefore, an LED bulb of 500 Lumens will only use 7 Watts of energy.

When converting Lumens to Watts for CFLs you will need to divide the Lumens by 60 lm/W, making the conversion equation Amount of Lumens ÷ 60 lm/W = Watts in a CFL bulb.

This means that the conversion equation from Watts to Lumens will be Watts in a CFL bulb x 60 lm/W = Amount of Lumens.

Halogen bulbs are fairly energy efficient, producing 25 Lumens per Watt, or 25 lm/W. Converting Lumens to Watts for Halogen bulbs requires the amount of Lumens to be divided by 25 lm/W. So, if a Halogen bulb has 500 Lumens, it will be powered by 20 Watts.

The conversion equation for Lumens to Watts is Amount of Lumens ÷ 25 lm/W = Watts in a Halogen bulb.

Converting Watts to Lumens requires the amount of Watts to be multiplied by 25 lm/W. Therefore, the conversion equation for Watts to Lumens is Watts in Halogen bulb x 25 lm/W = Amount of Lumens.

To convert Lumens to Watts, you must divide the amount of Lumens by 15 lm/W by following the equation: Amount of Lumens ÷ 15 lm/W = Watts in an Incandescent bulb.

Converting Watts to Lumens needs the Watts to be multiplied by 15 lm/W, meaning the conversion equation is Watts in an Incandescent bulb x 15 lm/W = Amount of Lumens.

What Is the Difference Between Lumens and Watts?

Lumens measure how bright a bulb is, or it’s luminous flux. This measurement explains how bright your room will be. The Lumens from several bulbs in a defined area can also be added to calculate its overall luminosity.

Contrary to popular belief, Watts do not define how bright a bulb will be. Instead, they are a unit of measurement of power, calculating how much energy it will take to produce the Lumens. Not only does this help you calculate your lighting’s environmental impact, but it can also predict how high your electrical bill will be.

How Many Lumens Is a 60-Watt Light Bulb?

Every type of light bulb has a different energy efficiency level, as demonstrated by their Lumen to Watt ratio.

Incandescent bulbs (or Edison bulbs), produce the least amount of light at only 15 Lumens per Watt (15 lm/W), meaning a 60-Watt Incandescent bulb will only provide 900 Lumens.

How much light do you need in a room?

Each room of the house needs a different amount of Lumens for prime functionality and comfort.

Lighting in your home is key when creating the right ambiance for functionality and comfort. Too bright of light leads to headaches and hyper-alertness, while too dim of light can cause eye strain and blurry vision.

How much light do you need for each room of the house?

Living rooms are a place for relaxing, so the lighting should be warm and not too bright. The best amount of brightness is between 1,500 to 3,000 lumens.

Kitchens need to be brighter since cooking, cutting, and baking requires more visibility, so you don’t cut or burn yourself! The optimal amount of light for this bustling room is between 5,000 to 10,000 Lumens, with an additional 450 Lumens over the stove.

Too bright of a Bedroom and you’ll be up all night! To maintain your circadian rhythm and balance your melatonin levels, it’s best to have between 2,000 and 4,000 Lumens, preferably from warm-light bulbs. If you enjoy nightly reading, have another 400 Lumen light near your book to avoid eye strain.

Whether you’re plucking your brows or shaving your mustache, you need peak visibility in your bathroom. The best amount of light is around 4,000 to 8,000 Lumens, with an added 1,700 Lumens over your bathroom mirror for delicate tasks.

Lumens are the most accurate way of calculating brightness so that your home (and eyes!) are as relaxed and functional as possible. Whether you’re trying to dice an onion or unwind before bed, Lumens can help you achieve the optimal lighting.

How’s your experience been with properly lighting your home?

Has understanding how Lumens work cleared up any confusion in the lighting aisle?