One thing veteran and rookie gamers can agree on is this: a large screen makes gaming more enjoyable.

Do you want the best gaming experience in terms of a large display? You are in the right place.

With a few cables and easy connections, you can set up your Xbox to display on a large projector screen.

In this article, you’ll learn how to connect your Xbox to your projector. First, a little insight into Microsoft’s Xbox.

What Is an Xbox?

In November 2001, Microsoft introduced the Xbox gaming brand. Since then, the brand has developed five game consoles.

If you own an Xbox, it is one of these consoles:

Every one of these game consoles can be connected to a projector. You only have to make sure they have matching ports with your projector.

However, if your Xbox and your projector don’t have matching ports, it’s not a dead end. You can use an adapter to create the connection. 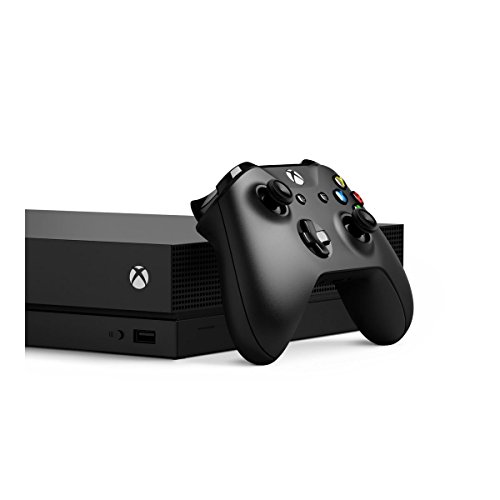 Between 2001 and 2020, the Xbox consoles went through some changes relating to ports.

The original and 360 Xboxes came with proprietary A/V ports. You would need their specific cables to connect them to a display device.

Subsequent releases and consoles were designed to be more fluid. They have HDMI, which is the standard among devices today.

Projectors come with many kinds of connectors. However, modern projectors should have at least one HDMI port.

The ports available on the Xbox include:

The ports available on a projector include:

To make connections easy, the Xbox is HDMI-compliant. In fact, the Xbox package often includes a HDMI connector cable.

One frequently asked question among gamers is “how do I connect my Xbox to my projector?”

The following sections outline the methods you can use.

How To Connect an Xbox to a Projector Using HDMI?

How to connect a Game console to a projector. PS3, PS4, PS5, Xbox, gaming device

The HDMI connector is the best because it transmits digital signals and high quality media.

The steps for HDMI connection are relatively simple and straightforward. Here’s what to do:

It is quite common for older projectors to come without HDMI. They may have VGA, DVI, or Composite video connection ports instead.

Check out these adapters and converters available for:

How To Connect Xbox to a Projector Without HDMI?

HDMI was developed in 2002 and became popular among devices around 2004.

The original Xbox and Xbox 360 consoles do not have HDMI. It can only be found on the Elite version of Xbox 360 and other subsequent consoles.

If your Xbox does not have HDMI, it should use the standard proprietary AV connectors for Xbox.

You can still connect it to your projector with one of these:

How To Connect Xbox 360 to Projector(NO HDMI SLOT!)

Step 1: Plug the Xbox cable into the Xbox.

Step 2: If you’re using the Xbox 360 VGA adapter cable, plug the VGA connector into your projector.

Step 3: Plug the audio cables on the AV connector into your external speaker. 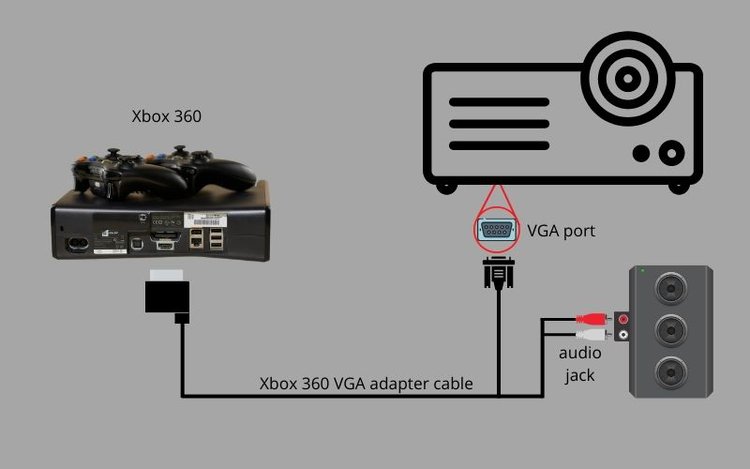 If you don’t have external speakers, you can plug them into the audio ports on your projector.

Note: If you’re using the Xbox 360 AV to HDMI converter, the process is still the same.

How to Connect a Speaker to Add External Sound?

If you have connected your Xbox to your projector, that’s one step in the right direction. Kudos.

There is one more thing you should do. Expand the connection to a speaker to enhance the gaming experience.

Projectors come with built-in speakers, which may not give satisfactory audio.

If you want something louder and more immersive, make use of external speakers.

Your Xbox and projector may be connected with or without HDMI. Either way, you can still send sound to an external speaker.

If you’re using a HDMI connection, there are two ways to connect to a speaker. 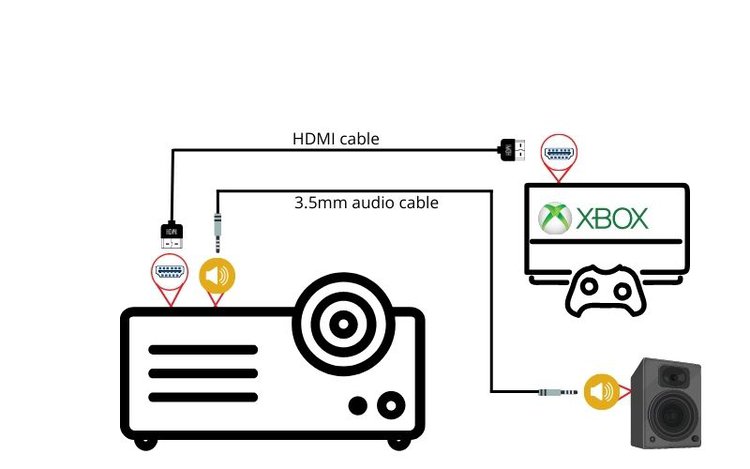 2/ Use an AV receiver or a soundbar to connect all your devices via HDMI.

On an AV receiver, you can connect your Xbox, projector, and external speakers. The receiver sends video signals to the projector and directs audio to the speakers.

How to Connect XBox One to Soundbar using HDMI 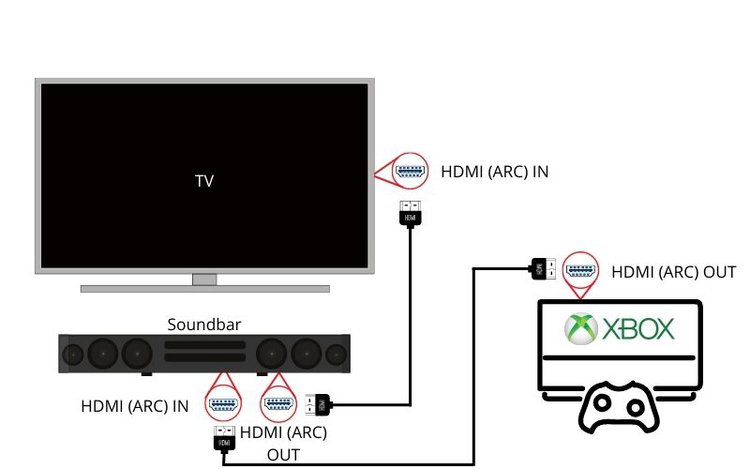 If your devices are not connected via HDMI, the process is a little different.

The VGA connector transmits only video signals. This means audio has to be sent separately to the projector using audio cables. 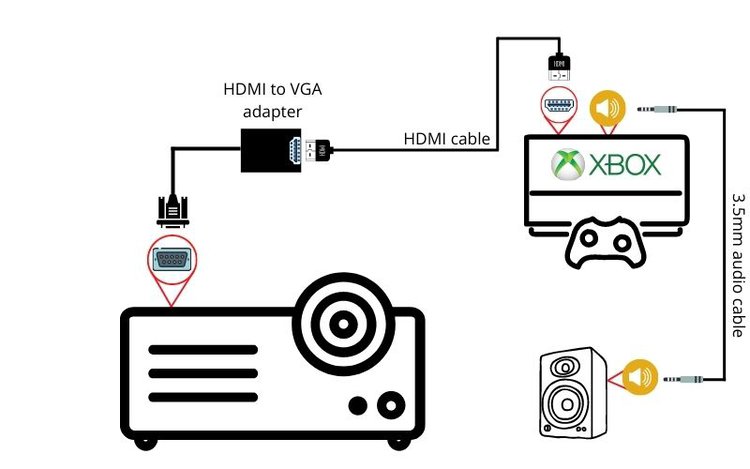 Instead of sending the audio to the projector, just send it to the external speakers.

Is a projector better than a TV for gaming?

The point of using a projector or TV for gaming is to get your video on an enlarged scale.

In a comparison between projectors vs TV for gaming, here are a few things to consider:

TVs and projectors both have their advantages. It’s up to you to decide which works best for you.

If you have a well-ventilated space, and external speakers, a projector is your best budget option.

With the right projector, you can improve your gaming experience.

Here’s an interesting fact: not every projector is ideal for gaming. Some projectors are built with features that enhance your gaming experience.

Curious? You should check out our article on 5 best projectors for the Nintendo Switch and learn all about those special features.