HDMI has been the standard for transferring data from one source to another in the audio-to-video world.

Whether you’re connecting a laptop to a TV or a gaming console to a projector, almost all devices with a display nowadays have an HDMI port (even some smartphones).

That said, the HDMI way of connecting two devices is a relatively new solution.

The first standard of HDMI cables was seen two decades ago, and since then, HDMI cables have evolved significantly. In fact, HDMI cables can now transfer internet signals, too.

These cables are called HDMI Ethernet cables, and, just like every other HDMI cable, they transfer data.

But how do HDMI Ethernet cables work?

Read on as we elaborate.

What Is an HDMI Ethernet Cable? 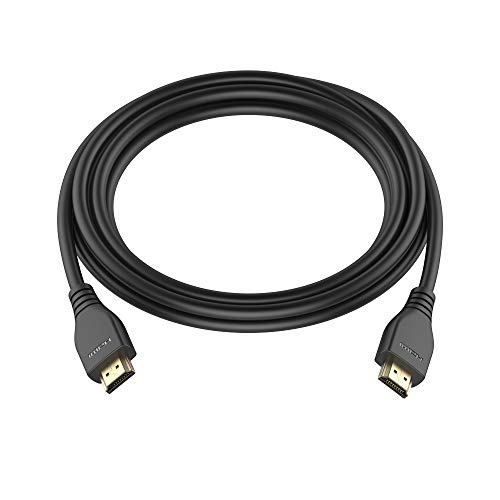 An HDMI Ethernet cable has the necessary chips to process HDMI 1.4 or higher signals. These cables allow internet signals to be transmitted at high speed with improved bandwidth.

If you’re using a shoddy Wi-Fi connection and are on a time crunch, you can connect an HDMI Ethernet cable to your laptop, and you may (depending on the connection) see a drastic increase in internet speed.

Since you’ll only have to manage one cable, your computer’s setup is going to be a lot simpler, and network management will become a lot easier.

Similar to any regular HDMI cable, an HDMI Ethernet cable performs the same task: transferring data between a source and a receiver.

How Do HDMI Ethernet Cables Work?

In this case, the data transfer happens because of a wired connection. To understand this process holistically, you need to look inside the HDMI Ethernet cable.

The cable has 19 pins that are used to transfer all kinds of data. Several of these pins are connected to twisting wires.

Essentially, HDMI Ethernet cables use wires that are supposed to be used as straight-through wires as twisted pairs. 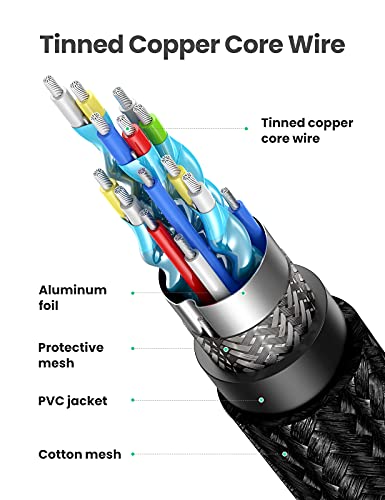 As a result, internet signals can be transferred through an HDMI cable.

The added capability to use the internet does not interfere with other pins’ functions, and the price of the cable isn’t affected either. As a result, most of the HDMI cables you find today will have Ethernet capability.

You’re going to find different kinds of HDMI Ethernet cables if you ever went cable shopping. The most prominent categories are as follows:

All of these cables can transfer data at speeds above 100 MBs per second.

Are There Any Specific Requirements?

That said, simply getting an HDMI Ethernet cable won’t give the device you’re connecting to high-speed internet.

To utilize this feature, the connected device needs to have the corresponding functionality. Most of the features offered with HDMI 1.4 are incompatible with devices that support an older standard.

In these devices, you’ll have to install a new HDMI processing chip altogether. Nevertheless, the cable itself is backward compatible.

When a device is compatible, it will have an HDMI Ethernet-enabled port.

In most cases, these ports will be labeled as “HEC,” while, in other cases, some manufacturers may not label them at all. That’s also why you should go through your device’s manual to have a better understanding of the ports available to you.

Having the right cable is also equally important. You’ll see this written when a device is compatible with HDMI 1.4 (with Ethernet support).

When Should I Use an HDMI Ethernet Cable?

One of the best, and possibly the only, uses of HDMI Ethernet cables in the modern technological world is with CEC and HDMI ARC connections.

These connections use the wire pairs built for the internet (mentioned above) to send other data across the cable. These cables can help communicate audio signals while also controlling consumer elections.

The above is possible because HDMI cables have an Audio Relay Channel (ARC) and Consumer Electronics Control (CEC).

Even though these features are now more widely used, they wouldn’t have existed if HDMI cables did not have Ethernet capability. These cables utilize the extra wiring to send data, because of which ARC has become increasingly popular. 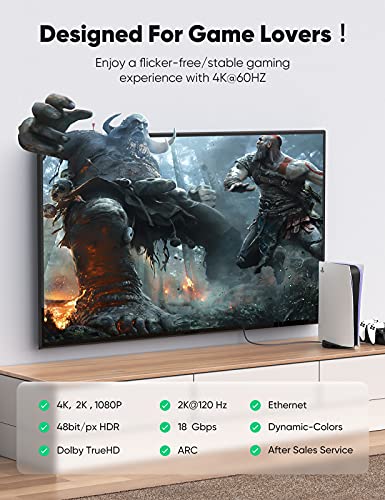 If you’re trying to send audio signals from one TV to either:

Without ARC and HDMI Ethernet functionality, the audio won’t go both ways.

Before, TVs could only send audio, but thanks to ARC, they can now receive it, too. Most ARC ports are labeled, and they can also send other information like sound data. 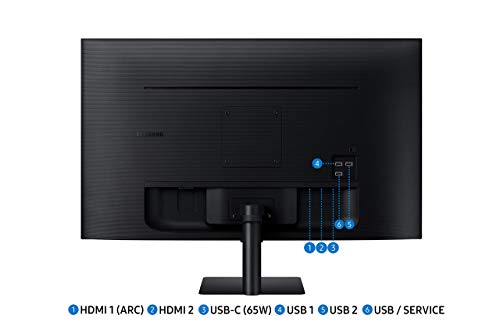 Another feature often used is CEC.

This means you can also use the Ethernet cable to transfer infrared data across the cable. This also reduces the number of controllers you need to manage your system. 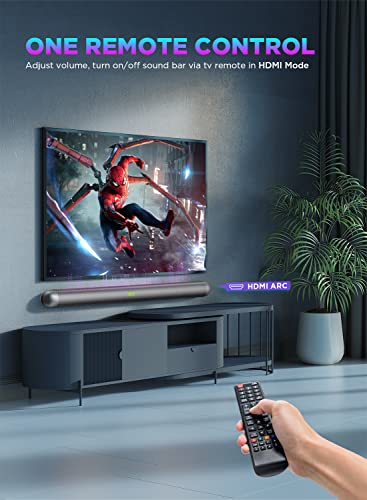 Your TV will then transfer the information across the HDMI cable into your soundbar. That said, before this process happens, you’ll have to ensure that both your soundbar and your TV have CEC enabled.

What Devices Use HDMI Ethernet Cables?

As we mentioned earlier, an HDMI cable with Ethernet functionality only works if both devices have the same feature.

Luckily, most devices nowadays support the HDMI 1.4 feature (it came out in 2009). But to give you a clear idea, here are some of the most widely known devices that support HDMI Ethernet functionality.

Since these cables were initially built for computers, you can also use their high-speed internet connectivity feature to stream videos in high-definition or play video games with adaptive refresh rates.

Moreover, modern Graphic Processing Units (GPUs) have an HDMI Ethernet channel, so you can plug the cable and enjoy playing your favorite games almost instantaneously.

If needed, you can also install more monitors on your PC. 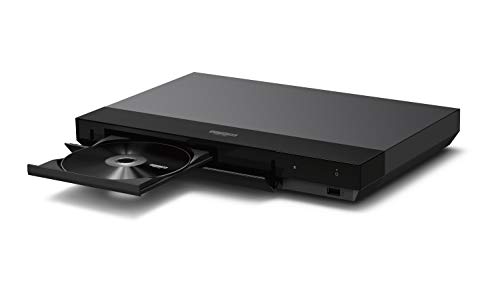 You can connect a Blu-ray player to the internet to enjoy several additional features. 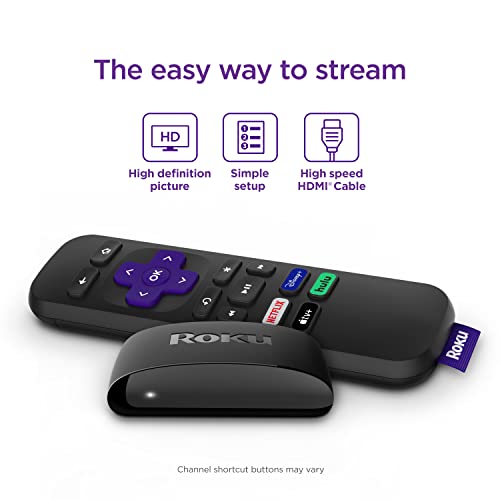 A Roku is another streaming device people use to stream all kinds of content.

These devices also have HDMI Ethernet functionality. Thanks to the HDMI Ethernet cable, you’re not going to see any interruptions because data transmission is fast. 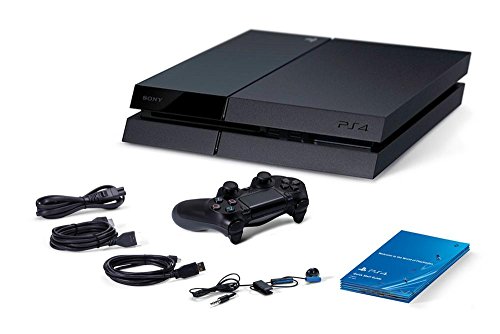 HDMI Ethernet cables work with PlayStation 4 and 5, too.

This way, you can play games online with your friends and enjoy content in high definition. 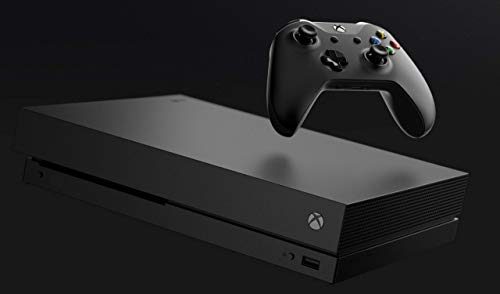 The same goes for Xbox One, too. Just plug in an HDMI Ethernet cable and start streaming your favorite games at a high resolution.

Suppose you’re specifically looking for devices that do support this feature. In that case, you can either ask the store owner you’re buying the device from, or you can check the manufacturer’s website and go through the product’s features.

Should You Get an HDMI Ethernet Cable? 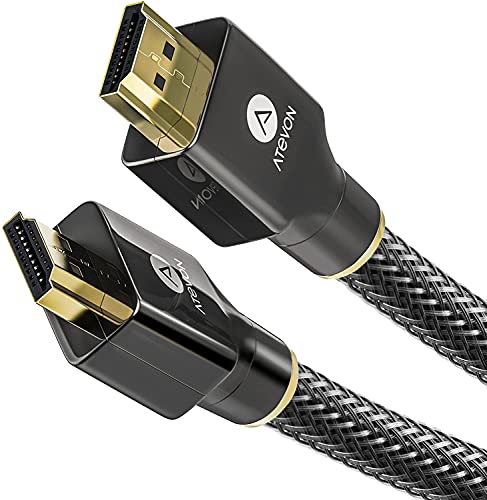 The answer to this question depends on your specific use case. By getting an HDMI Ethernet cable, you can have lightning-fast speeds and not have to deal with too many wires.

Moreover, since HDMI cables are durable, you can benefit by getting only one cable and then using it for at least five to six years.

One of the most common reasons people switch to a different HDMI cable isn’t because the older one stopped working.

The above is mostly because a newer version of the cable is available, which has more features and can support higher refresh rates.

The one potential downside is using one cable for both HDMI and Ethernet. If the cable stops working, you lose both features at once. So, the question is: should you get an HDMI Ethernet cable?

Well, do you need to stream high-definition content on the internet? Or is your existing internet connection not getting the job done?

If yes, then you may benefit from an HDMI Ethernet cable.

With all the benefits that HDMI Ethernet cables offer, it seems like the world has forgotten the idea of sourcing an internet connection through an HDMI cable.

Even though this seems practical and beneficial on paper, people often sway towards the wireless connection’s convenience. It’s simply too easy to connect your phone or laptop to a high-speed Wi-Fi connection.

So, before you get an HDMI Ethernet cable, carefully consider the options available that you have. There’s a reason they’ve become borderline obsolete in today’s technological landscape.

Do I need an HDMI Ethernet cable for a Smart TV?

The answer depends on the kind of setup you have.

For most computer applications and home theater systems, you won’t need an HDMI Ethernet cable.

However, some home theater systems and 3D Blu-ray players may need an Ethernet feature, but even for these, getting one isn’t essential.

Do all HDMI 2.1 cables have Ethernet?

Yes. All HDMI 2.1 cables have Ethernet.

But to use this feature, the device you’re connecting the cable to needs to be able to support Ethernet, too.