Ever looked forward to a quiet movie night at home, but then when you go to put on the movie, your projector screen won’t light up?

To say you were disappointed is an understatement.

If you’re dealing with such a setback from your Elite Screens projector screen, stick around as we explore ways to fix the issue.

We even show you an easy way to replace the screen motor if your Elite Screens motorized display is not working.

How do Motorized Projector Screens Work? 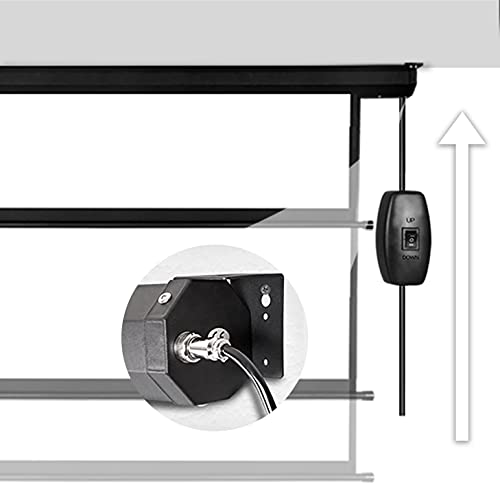 The motor, controlled via remote control or a wall switch, rolls the screen down and retracts it into the casing.

The remote and wall box have three control buttons: Up, Stop, and Down.

If you press the Down button, the screen rolls down.

If you press Up, the screen retracts into the housing.

And when you press Stop, the screen stops moving. The Stop command applies both when the screen is rolling down and retracting.

You can mount a motorized projector screen on the ceiling, floor, or wall. To keep the screen out of sight when not in use, you can mount the screen into a recessed wall or ceiling.

Why are Motorized Elite Screens Not Working?

Your motorized Elite Screen can stop working if the motor, circuit board, or trigger become inoperative.

To test which one out of the three is faulty, plug the screen into the power outlet.

Faulty trigger, circuit board, or motor

Take the trigger that comes with your Elite Screens projector screen and expose the green and red wires.

Connect the bare wires to a 9V battery , taking care to match their polarity.

In a proper setup where all the components are working, the screen should begin rolling down as soon as the trigger wires touch the battery.

If the screen does not roll down, go ahead and test the circuit board.

Plug in the wall switch.

Press the Down button. If the screen rolls down, you’ll know that the trigger is faulty.

If the screen does not roll down, you may need to replace the circuit board.

If you can’t hear the motor running when you press the remote or wall switch, it is likely faulty and needs replacing.

If the motor is running, it means the screen is unwinding. And if the unwinding screen is not rolling out of the housing, something may be blocking its pathway.

The likely culprit, in this case, is the weight bar. 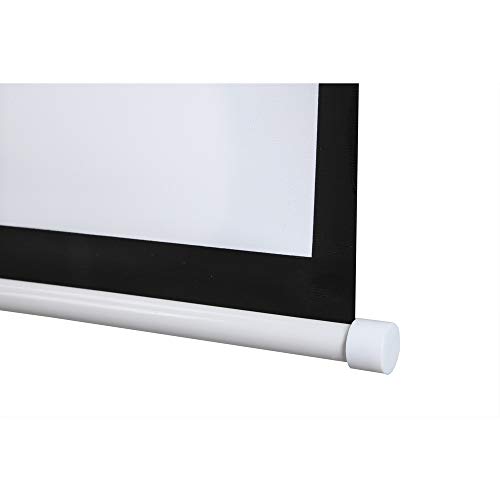 Disconnect the screen from power. Detach the weight bar, taking care not to damage the housing.

Remove the screen and smooth any creases. Then reinstall everything back into position.

Your motorized Elite Screens projector screen can also stop working due to a power problem.

The most common cause is a blown fuse, which you will need to replace.

Ensure that your circuit breakers are in place to prevent the short circuits and overcurrents that could damage the fuse.

If the screen responds when you use the wall box commands but does not respond when you press the remote, it may be that the remote batteries are dead.

Replace the batteries and then try again.

Before you can use the remote to control the screen, you must sync the two devices.

Elite Screens gives these instructions for syncing the screen and its RF remotes.

Your remote and screen should now be synced, and you should successfully use the remote to control the screen.

This should sync your screen and remote, and you can use the remote to control the screen.

Not sure what screen version you’re using?

How do I Fix or Replace my Elite Screen Motor?

Elite Screens uses both tubular and synchronous motors in their projector screens. And while the two differ in design, the process of replacing both units is similar.

How to Replace A Synchronous Motor

Here’s a video showing how to replace a synchronous motor.

The step-by-step procedure is as follows:

Your new motor is now ready for use.

How to Replace a Tubular Motor

To replace a tubular motor, Elite Screens suggests you:

Motorized projection screens roll down and back up with the help of an electric motor.

You can install a wall switch which you then use to engage and stop the motor as needed. Or you can use a remote control to lower and raise the screen. 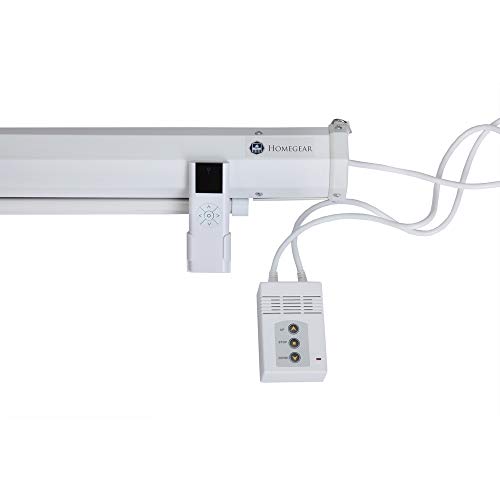 Perhaps the most involving problem to fix is the motor. But with some guidance, replacing your screen’s motor is something you can do on your own.

If you’re having trouble with your Elite Screens motor, we hope you use the steps we’ve outlined above to replace your broken motor.