If you’re around technology often, it’s probably easy to connect your television to other devices, but for some people unfamiliar with the inputs and outputs, it can be pretty daunting!  You may be wondering whether VGA cables have sound, so let’s find out!

VGA does not have sound; it only carries video capacity. However, VGA can have audio if you use either a VGA-to-HDMI adapter box, DisplayPort cable, or an HDMI-to-VGA cable. VGA has an analog signal with no sound; an adapter box can convert its signal to a digital signal to have sound.

Does VGA Have Sound? 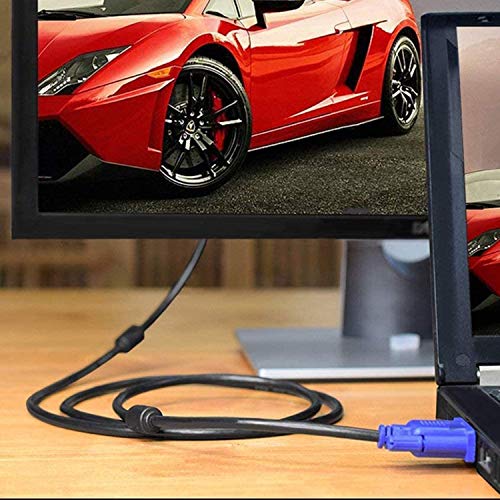 No, VGAs (Video Graphics Array) do not carry audio signals; they only carry video signals. For this reason, VGA is traditionally incapable of having sound.

I say “traditionally” because, since its inception, there have been alternatives that come equipped with an audio option.

A computer or laptop can’t send audio to a VGA port, so you have to use a different cable to a different port if you want audio. On the other hand, HDMI, or “High-Definition Multimedia Interface,” is designed to carry both video and audio, as is DisplayPort cables.

If you want to have sound on a monitor or TV, provided it has built-in speakers, you will need an extra audio cable to connect your PC audio output to the monitor or TV’s audio input. Check your connections to know what kind of cable you need, although most common setups will require a mini-jack on both ends.

You’ll also need an audio connection to get sound via your TV or monitor. A 3.5mm audio input connection is commonly found beside one of the HDMI ports on most but not all televisions. However, you’ll need an extra 3.5mm audio cable to connect the computer to the TV.

If you are unable to use this option, it may be time to upgrade your computer. Most modern laptops will have a sound output, either HDMI or DisplayPort.

Do VGA-To-HDMI Adapters Have Sound? 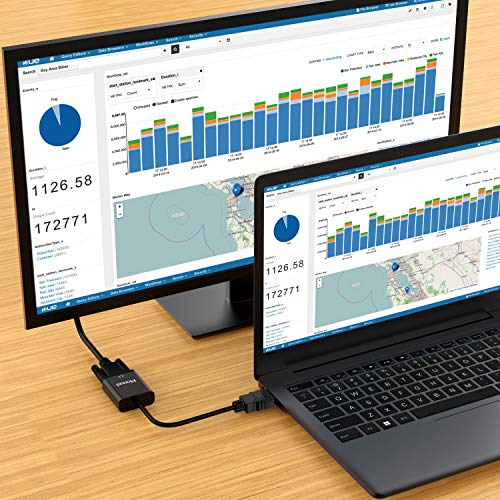 No, VGA-To-HDMI adapters cannot carry sound because VGA only carries video signals regardless of the HDMI part of the adapter.

How Do You Get Audio Through VGA Cables?

A VGA cable typically has no wires to carry audio, but there are some alternatives you can consider for obtaining audio through VGA cables.

Making Use Of DisplayPort Cables 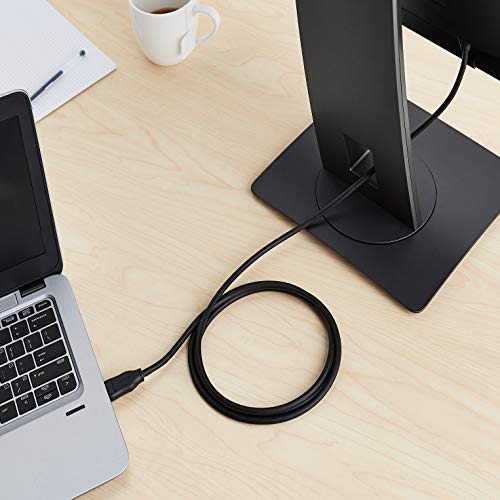 While HDMI cables are certainly a viable option, the newest computers usually have the option to use a DisplayPort cable  (DisplayPort is a digital interface designed to deliver video and audio over a singular cable). The choice from these two depends on what type of output ports you have on your PC.

The procedure for utilizing a DisplayPort cable is straightforward:

One end of the cable should plug into your device, whether it’s a laptop, desktop computer, or external graphics card, and the other end is plugged into your monitor. Although the devices may identify and set themselves automatically, you may need to manually pick the DisplayPort input using a remote or the controls on your display.

VGA Cables That Have An Attached Audio Cable 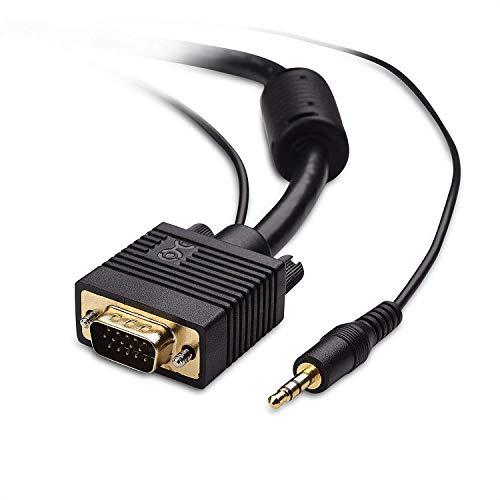 Despite VGA’s lack of audio, many modern VGA cables also have a 3.5mm stereo audio cable attached , so the VGA cable supports both video and audio with a single cable.

Typically, you’ll want to connect a 3.5mm audio jack lead between the line-out (on a laptop, this may be a headphone jack) on the PC and the line-in on the monitor/TV (usually adjacent to the VGA input).

If your monitor has built-in speakers, it should have an input jack, usually blue or green 1/8 inch stereo. To make use of this feature, you need a cable to go from the line output of the computer or headphones to that line input jack.

VGA was initially created for video, so it does not have sound. However, you may use special adapters to convert VGA to HDMI so that it can have sound. Furthermore, you may consider getting a modern VGA cable that comes equipped with an audio cable, or you can make use of a DisplayPort cable that has video and audio.