Many people still watch television for entertainment—whether to wind down or catch up on current events.

That’s why it’s necessary to have a TV licence.

We’ve found that you must be covered under a TV licence wherever you watch live broadcast TV or BBC iPlayer.

It could be your parents’ TV licence – as long as you’re using a device running on its own battery system or the TV licence covers your temporary place of residence.

What is a TV Licence for?

In case you missed it, piracy is illegal. You’ll need legal permission to watch television programme on your TV set or online TV service. That’s where a TV licence comes in.

A TV licence is a fee people in the UK must pay to watch any type of live television or broadcasting. You can’t watch a TV programme live without one.

You’ll also need a TV licence to record, download, or stream live television. So if you enjoy streaming live broadcast content from sites like Disney+, Amazon Prime Video, and even YouTube, you will need a TV licence. Fortunately, Netflix isn’t included. More on that later.

You won’t need a TV licence if (and only if) you watch, download, or stream on-demand content—except if you’re watching TV from BBC iPlayer.

Does My Parents’ TV Licence Cover Me While I’m Away from Home?

If you’re a minor and are living with your parents, you’re likely watching TV under their licence. A TV licence can cover one household or family provided they all watch television from the same address.

But what happens if you’re staying away from your parents’ home? What if you’re going off to uni and would like to watch TV there? Or what if you’re on vacation?

Your parents’ TV licence can cover any device you use that isn’t plugged into the mains – i.e. a mobile device like a phone or tablet.

Still, it’s best to know what a TV licence covers and if there are exceptions. This can get tricky, so let’s go over some possible queries you’ll have.

Who (and What) is Covered by a TV Licence?

A TV licence covers the registered address under the payer’s name. By extension, the licence will cover anyone who lives with or visits the licence holder at said registered premises.

In other words, one household equals one TV licence.

You’re good to go and watch TV all you want if your homeowner has a TV licence so long as you’re all staying in the same building or premises.

However, if you’re living outside of the licensed home – say in a different apartment or annex – you’ll have to get your own TV licence.

I’m Living Away from My Parents – Do I Need a TV Licence? 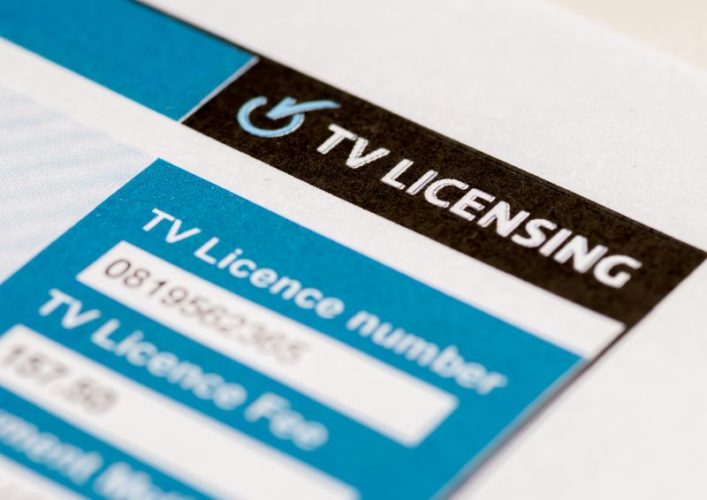 Whether on vacation or at uni, you won’t necessarily need your own TV licence. But you must be covered by one.

If you’re staying at a hotel, B&B, hostel, or other guest accommodation, chances are you’re already covered by a TV licence. Such places must have a valid TV licence if people staying or working there are to watch television programme on the premises.

Now, what if you’re a student staying at a shared house or dormitory?

Many residence halls have TV licence that cover common areas. You may need to acquire a TV licence for yourself if you’d like to watch, stream, or record live TV or BBC iPlayer in your room.

For shared private homes, tenants may be covered by the landlord’s TV licence. Again, check with your residence agreement.

You don’t need a TV licence for your temporary address if you’re watching a replay or a programme that has already been broadcast.

When Do You Not Need a TV License?

You do not need a TV licence if you’re living somewhere that’s already covered by one. The same goes if you don’t have a TV and don’t watch live TV.

Additionally, some people don’t need to pay for a TV licence in full.

You can get a TV licence for free if you’re of age 75 or older and are currently benefiting from pension credit.

Your TV licence fee may also be lowered if you’re legally blind (severely visually impaired) or live in a care home.

Do I Need a TV Licence for Each Address?

If you have more than one address, you may need another TV licence.

Many second homes have televisions and digital boxes. Therefore, this different address should be covered by a separate TV licence.

You will not need a separate TV licence if you’re using a device that can run without being plugged into an outlet.

Your TV licence should cover you using a mobile device powered by its own battery to watch live TV.

Can I Watch Netflix Without a TV Licence?

Earlier, we mentioned that you need a TV licence to watch live programme on certain streaming services like BBC iPlayer.

The good news is you won’t need a TV licence for a Netflix subscription.

If you’re only watching on Netflix or other on-demand streaming sites and don’t watch any other live broadcast TV, you can cancel your TV licence if you don’t need it.

There are many benefits to keeping a TV licence while away from home. For one, you won’t get in trouble with the law.

Enforcers may visit you if you’ve been consuming live TV without being covered by a licence.

You must have a TV licence to watch things live or to access BBC iPlayer. Your parents’ TV licence should cover you, so long as you use a device that runs on its own batteries (e.g. a tablet or phone).

Err on the side of caution. Check with the owner or administrator of your temporary address to see what – and where on the premises – is covered by their valid TV licence.