If you’ve ever felt confused about the terminologies used to describe Ultra HD technology, you’re not alone.

Two of the most frequently used terms are 4K and HDR. But are they the same?

Let’s put the question to rest by explaining:

HDR refers to the contrast ratio of an image, while 4K refers to the image resolution, as determined by pixel volume and distribution.

So one does not imply the other.

HDR or High Dynamic Range as Fast As Possible

HDR is the abbreviation for high dynamic range. Dynamic range refers to the ratio of the brightest tones to the darkest tones in an image.

High dynamic range then means a high ratio of the brightest to darkest tones in an area. That automatically makes room for a wider tonal range. And so, HDR brings out the varying levels of brightness and darker hues while maintaining the color fidelity of the image.

HDR displays rely on nits to highlight brightness in areas where it’s applicable. Nit is an unofficial unit of measurement which indicates candela per square meter or luminosity.

* The International System of Units uses candela per square meter to show luminosity. But nit is widely adopted in the TV world.

To output content in HDR, displays need a minimum of 600 bits. Better TVs have at least 1,000 nits, while high-tier models can hit 4,000+ nits in peak brightness.

While there are different HDR formats, they all require the producers and device manufacturers to deliver the technology in wide color gamuts (WCG) and 10-bit color depth.

Both requirements allow HDR to reproduce the widest variety of colors, infusing a touch of reality in each image.

What is 4K? The Beginner's Guide to 4K

The result is a sharper, more focused picture, with greater detail than you get from 1080p.

That means 4K can output between 16 million and 1 billion colors, which helps sustain the color fidelity of the picture, just like in HDR.

Does HDR on Netflix mean 4K?

For anyone scrutinizing Netflix content, it can be hard to tell whether HDR on Netflix means 4K.

But we’ll say that when Netflix talks about HDR content, it means the content is also 4K.

Netflix states that you need a subscription plan that supports 4K streaming. Currently, only the Premium plan supports 4K.

If you’ve subscribed to the Standard or Basic Netflix plans that do not support streaming in Ultra HD, you can’t access HDR content.

This implies that HDR is only available with 4K.

But that’s not to say that all 4K content on Netflix is HDR-capable. It’s not. A quick search through the app shows more non-HDR 4K titles than titles with 4K and HDR.

How do you tell whether a Netflix title is HDR-enabled?

Click or tap the title to go to the show’s landing page. Look for a Dolby vision or HDR logo at the top of the page.

Find it? That means the show/movie is HDR-enabled.

If the logo is absent, the content does not have HDR capabilities.

You’ll need to check the HDR status manually through the procedure we’ve outlined above because Netflix does not yet have an HDR category where you can filter your search results.

On the other hand, Netflix does not require you to watch HDR content on a 4K TV. They only say that you need a smart TV that supports Dolby Vision or HDR10. These are the two HDR formats that Netflix uses.

If you’re subscribing to a 4K streaming plan, you probably have a 4K display where you can watch the videos. So the display type may not bother you since you have that covered.

But just in case you’re traveling or wish to stream something on your phone, it means you’ll still access the content, only not in 4K.

Note that Dolby Vision and HDR10 are available on select smartphones, even though these phones don’t have 4K displays. So you can watch HDR shows via Netflix on your non-4K phone.

What do we make of all this?

So, yes, HDR on Netflix is 4K, and it’s accessible on 4K and non-4K displays.

Is HDR better than 4K?

HDR and 4K complement each other. Therefore, it’s best to have both on any TV you buy.

So combining HDR and 4K produces an image that is clear, well-defined, and life-like, with enhanced color accuracy.

If a TV has 4K but does not have HDR, it will display sharp images. But the dynamic range of the images will be limited, meaning the contrast will be low, so the picture will appear dull.

If the TV has HDR but does not support 4K, it will have great contrast, reproducing bright highlights and bringing out the darkest tones. But the picture won’t be as sharp or detailed.

So while you’ll appreciate the color and depth, it will feel like something is missing in the picture.

A display that offers 4K and HDR is the best solution to counter these effects.

But this brings to the fore another pertinent issue: The fact that TVs handle HDR differently.

Now, there are standards that displays must meet for them to be considered HDR-capable. This means integrating the technology needed to display HDR content into the TV.

But each TV manufacturer chooses how to implement HDR technology. And so you’ll find that HDR on one TV looks better than HDR on another TV. 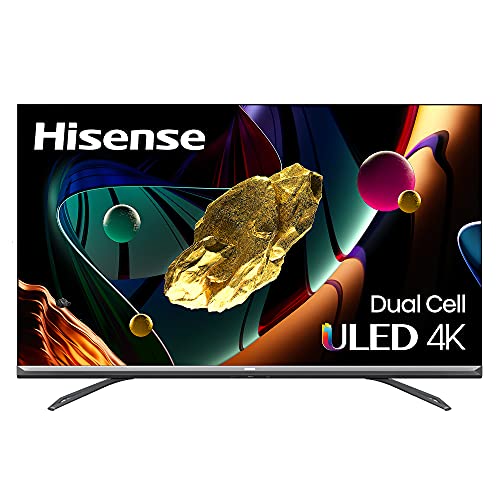 Often, high-end TV models also have the best HDR. The manufacturers have spared no expense to incorporate the best technologies and are not shy to give these models a higher price tag.

That’s not to say you can’t find good HDR on a low-budget TV. Some lower-priced models do a remarkable job with HDR, but you may need to search harder to find them.

No, HDR is not only for 4K. But it’s more often used alongside 4K than not.

And when HDR finally became a staple in TV production, it was developed and incorporated as a stand-alone feature. It did not require 4K to work. So its use is neither limited nor tied to 4K.

Over the years, HDR has found its way into non-4K TVs. Some full HD TVs  come with HDR support.

Given that 4K content is not yet mainstream, it makes sense to opt for an FHD HDR TV rather than a UHD HDR TV. Most people will think, “Why have an Ultra HD TV when I can only play limited content on it?” And we’d agree.

If you’re not ready to go all out and spend more on a UHD TV, an HDR-enabled Full HD TV is a great alternative. You only spend a fraction of what you’d use to buy a UHD TV and have access to unlimited HDR content.

Is HDR separate from 4K?

Yes, HDR and 4K are two different concepts, separate from each other.

HDR deals with contrast, brightness, and color, while 4K deals with display resolution.

HDR works by illuminating the bright colors in an image and dimming the darker tones.

HDR’s superpower is that it does this without overexposing or underexposing the colors. So it’s able to preserve the integrity of the original colors as recorded.

The horizontal resolution has to add up to a minimum of 3840 pixels, and the vertical resolution should have 2160 pixels.

This is the case for all 4K screen sizes, whether small, medium, or large.

The higher number of pixels helps in reproducing high-definition images, complete with all the rich detail.

HDR is different from 4K, but the two technologies overlap in many ways.

Video devices and content can have capabilities for one or the other. Or they can support both.

Products with HDR and 4K offer a better viewing experience than those with only HDR or 4K.