On the outside, all modern-day TVs look pretty much the same. They are flat, rectangular slabs with a nifty stand, some branding at the chin, and essential control/navigation buttons underneath the bottom bezel.

But under the hood, things are very different. Perhaps the most significant change is the kind of display they use. A cheap 4K TV and a premium 4K TV, for instance, don’t use the same panel type.

The cheaper TV could be sporting an LCD screen, and the more expensive television could be rocking an OLED or QLED panel. These different displays function in their unique ways. They also tend to age a bit differently.

One of the key signs of degradation is screen burn. OLED is susceptible to the issue. But what about QLEDs and LED TVs? Are they too at risk? And perhaps modern OLEDs don’t develop burn-in concerns like the primitive OLED screens.

Continue reading for the answers to the questions and clear all your doubts about screen burn-in and their relationship to different kinds of displays.

What is a Burn-In?

A burn-in is an indelible mark on your TV screen. It’s a remnant of a visual element left behind by a static image that stays put even when watching something else on the TV. Things that usually get burned into the screen are TV channel logos.

A burn-in is usually not very obvious. Often, people have to look for it. But once detected, it’s hard to unsee them. Some issues of burn-in, however, are very glaring.

If you’d like to check whether your TV, monitor, or smartphone display has burn-in, play this video:

Burn-in could happen to any display, but it’s usually synonymous with OLED screens. Continue reading to find out if that’s true or just a myth.

Burn-In and Image Retention are Not the Same

Although it’s easy to use the terms “burn-in” and “image retention” interchangeably, they aren’t identical issues.

Image retention is a short-term concern. Burn-in, on the other hand, is permanent. Because most TV users don’t know better, they’re likely to mistake their TV’s image retention problem for burn-in.

Picture retention disappears after some time. But do not ignore the same because the temporary problem is invariably the precursor to a burn-in.

No, QLED TVs, for the most part, develop no burn-in or afterglow issues. You can run static visuals on a QLED and not worry about damaging the screen.

The term “QLED” is a misnomer. Although sounding more like OLED, QLEDs are LED-lit LCD TVs with a quantum dot film over the LEDs.

QLED displays are resilient against burn-ins due to the inorganic nature of the quantum dots and LED lights, unlike an OLED panel’s organic materials that degrade over time.

Samsung’s QLEDs have been certified to be burn-in-free by a third-party, independent German company. It’s, therefore, safe to conclude that QLEDs don’t experience screen burn.

That said, QLED TVs can have occasional temporary image retention.

Yes, OLED TVs can experience screen burns due to their self-emissive character. But the problem is not as common as most people assume. It’s rare for a regular TV user to forge a situation that could cause burn-in.

When OLEDs first entered the market, they were plagued with burn-in concerns. However, with advancements in OLED technology and manufacturers becoming more aware of the issue, things are much more under control now.

OLED TV manufacturers, like LG, have equipped their devices with self-healing qualities to fix short-term burn-in concerns quickly and negate any likelihood of ghost images even after the user clocks several thousand hours of use on the TV.

However, the manufacturers adding anti-burn-in features in their OLED TVs indicate screen burn, albeit distant, continues to be a concern.

Several independent testing sites, such as RTINGS.com, have shown burn-in concerns on OLED panels in their long-term testing.

Is an OLED Worth It Over a QLED?

It depends on how much you prize those inky blacks and rich contrasts. Although QLEDs do a pretty good job with contrasts and color reproduction, the blacks on a QLED are not as deep, and the hues are not as vivid as those on an OLED.

But if burn-in is in the back of your mind and prevents you from using your OLED TV freely or to your heart’s content, look at a QLED. The peace of mind a QLED affords outweighs the looming screen burn concern any day.

A QLED or an LED TV is undoubtedly a better choice in commercial or business environments than an OLED.

No, LED TVs do not experience image burn. But they can develop image retention concerns, called “LCD shadow.” Not playing static images on the TV for hours together or not taking LCD’s resilience for granted is the best way to prevent shadowing.

Like QLED, the term “LED” can be deceiving. To the unfamiliar, an LED TV is an LCD TV with LEDs functioning as the light source. And those LED lights are, like in a QLED, inorganic or do not disintegrate with time.

Even if they do, it will take much longer than it takes the organic diodes of an OLED or the metal filaments in an incandescent bulb to degenerate.

When an LED light strip crumbles or turns out defective, you could see some flickering or light or dark spots on the screen.

How to Prevent Burn-In in an OLED TV?

To prevent burn-in concerns, most OLED TVs have an “auto refresher” or “screen shift” feature that moves the static image by a pixel or two at regular intervals.

LG OLED TVs, for example, offer the following features to prevent burn-in in their TVs:

Other brands like Sony and TCL offer similar anti-burn-in features in their OLED TVs. In fact, the approach to fighting image burn is the same across all brands:

And it’s not just TVs; smartphone companies like Apple and Google also claim their OLED phones have built-in technologies that reduce burn-in.

Things You Could Do to Mitigate Burn-In

Do not play games or content that display static pictures for an extended period.

Similarly, do not play the news on the TV if you’re only going to listen to it from another room. If you’re not sitting in front of the TV and being an active listener, turn off the TV. Listen to audio-only newscasts instead.

If it’s a brand-new TV, let the screen “break-in.” Don’t go full-throttle on the very first day of use.

In other words, refrain from using the TV for hours together in the first week or two. Avoid prolonged exposure to colorful, bright static picture elements during the period.

Put the TV on standby instead of turning it off and unplugging it. The standby period allows the TV to perform some short screen maintenance tasks in the background, which you cannot trigger if the TV is switched off.

Reducing brightness, contrast, and even dialing down the color saturation could help maintain the sanctity of the display.

The brighter and more vivid the picture, the more heat generate and, therefore, a greater likelihood of damage to an OLED’s organic material. LG G2, for instance, comes with heat dissipation technology to counter the issue. 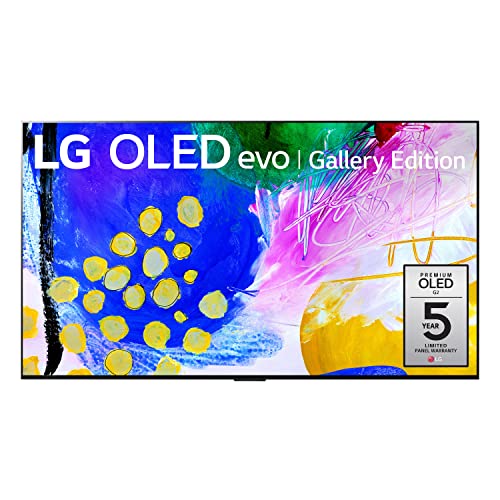 You need not manually tweak the different elements of the picture individually. Changing picture modes or switching from “vivid” or “dynamic” mode to standard picture setting or any less aggressive image preset would automatically do it.

For increased precision, you can always head to the picture adjustment menu.

But don’t overdo it or set the brightness too low. If reducing the contrast, color, and brightness levels is at the expense of not enjoying what you see, it’s not worth it.

Are Burn-Ins Covered Under Warranty?

No, burn-ins are not covered under a manufacturer warranty because screen burn is a trait or concern intertwined with OLEDs. Most companies, however, will not openly admit to that and would insist the problem was due to abnormal viewing conditions.

Manufacturers do not consider burn-in a product defect but instead blame it on the consumer. QLED and LED TV companies, on the other hand, don’t discuss burn-in in their product warranty texts.

Some OLED TV brands or retailers may acknowledge burn-in problems and provide a solution if the issue occurs within the first year or few months of use.

To conclude, OLED TVs can experience screen burns—QLEDs and LEDs most likely not.

Despite the possible burn-in concern with OLEDs, OLED displays rule the roost or are considered the best TV or smartphone display money can buy.

That’s because burn-in is a concern only if you keep the TV on for several hours together and watch the same channel. Since that’s not how people usually watch TV, screen burn is almost a non-issue with an OLED.

But if you’re still worried about screen burn with an OLED, maybe look at QLEDs—the next best display type with no reported burn-in concerns.

Regular LCD panels are also an option, but then you’d miss the deep blacks and high contrast ratios of an OLED, which QLEDs replicate almost perfectly.

If, after all the caution and information, you’re hellbent on buying an OLED, we suggest reading up on the built-in anti-burn-in features of the TV and observing the above mentioned screen burn prevention measures.