It’s common knowledge that lightbulbs produce heat after a certain period. However, what most people don’t know is where this heat comes from.

Do lumens produce heat? Or does it have something to do with the lamp’s wattage?

In this article, we explore the different units of measurements used in illumination tech to figure out if heat really comes from lumens or does it come from something else.

Appliances and gadgets require a certain level of power to function. This power is measured in “watts,” a unit of measurement created by the International Bureau of Weights and Measures.

A single watt is equal to a single unit of “power,” the product of volts and amperes — depending on the device requirements, this flow of power can either be big or small.

In other words, a lightbulb that needs 100 watts to function will use up only 100 units of power.

Lumens are a unit of measurement created to replace the use of wattage as a basis for light efficiency.

The kelvin unit of measurement is used to calculate the color temperature of a light source. It ranges from “Candlelight” to “Blue Sky” (warmest to coolest colors).

No, lumens don’t directly produce heat, since they technically don’t produce the energy necessary for the phenomenon. What does produce heat is the energy a lamp uses to produce light.

As mentioned earlier, energy is measured in units called watts. A single watt is equal to a single unit of energy.

Since appliances or devices only require a certain number of watts to function, any excess energy that flows to the said device is transformed into another form of energy: heat.

LED lamps with ratings of 1000 lumens typically only use ten to thirteen watts. That’s ten times less than the energy required to power a halogen light bulb.

Led vs Halogen vs Fluorescent Lights: Which Produces the Most Heat?

LED, halogen, and fluorescent lights are some of the most popular lightbulb types today. They can be used in a variety of applications, from home improvement to tactical activities.

While they all require the same type of energy to power, the methods by which they produce light are different. Hence, their levels of heat production are also varied.

Let’s take a closer look at which lamp type produces the most heat:

Similar to incandescent light bulbs — which were more widely used in the 1980s — halogen bulbs also create light through a heating filament that’s installed inside the light bulb.

Once plugged into the power source, energy is then transformed into light and any excess is turned into heat.

Halogen lights are notoriously wasteful when it comes to energy. They use only 10% of the energy input and leave the other 90% to transform into heat.

In other words, if you have an incandescent light bulb with an energy requirement of 100 watts, 90%, or 90 watts, is wasted and transformed to heat.

This is why halogen light bulbs can turn much hotter than other light bulbs. 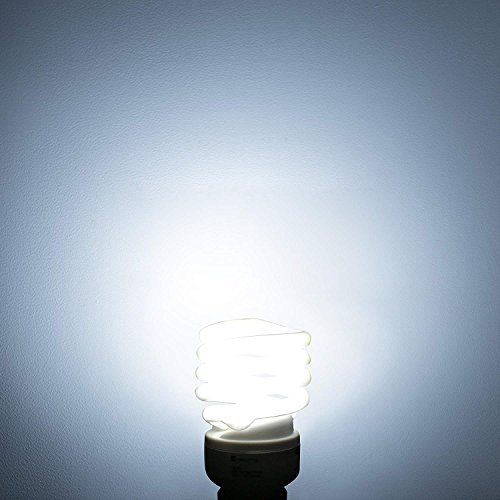 They consume around 80% to 90% of the energy that it consumes, and the rest is changed into heat

For instance, if you have a fluorescent lamp with a wattage of 200 watts, then only 160 watts, or 80%, of this will be used to produce light. The rest is left to turn into heat. 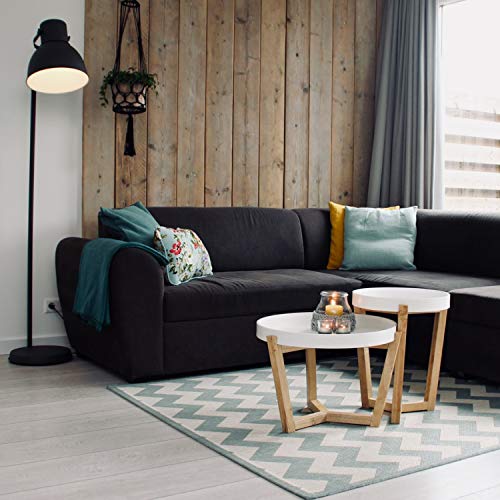 LEDs are popular for their efficiency and flexibility.

They’re designed to use energy in a much more effective manner; hence, they don’t produce as much heat as other light sources, i.e., halogen and fluorescent lights.

LEDs use up to 95% of their energy requirement, leaving only 5% of energy wasted and turned into heat.

Can a Light Bulb Burn My Fingers?

When you touch a hot surface, it’s only natural that your skin can get hurt or burnt.

Fluorescent lights or CFLs have been found to cause skin damage due to ultraviolet radiation that seeps through the fluorescent walls.

Meanwhile, because of the high heat output of incandescent lights, they are also known to cause minor to severe burns and skin irritation.

LEDs are less likely to burn your skin; however, it’s still much safer to wait until the lamp cools down before replacing it with a new bulb.

Can a Light Bulb Burn Paper?

Studies conducted by the FireWise Consulting Company found that a 100-watt incandescent bulb can ignite flammable materials like paper in just six minutes of continuous contact.

For bulbs that had a lower wattage (60 watts), it took around twenty minutes for a piece of paper to ignite.

In other words, light bulbs can burn paper at rates which can change depending on the amount of heat that a bulb produces.

Can a Light Bulb Burn Fabric or Plastic?

Most lampshades sold in the markets are either made of plastic or fabric.

While these are generally safe to use with LED lamps, fluorescent and incandescent lights are a different story.

Because these light bulb types produce a lot more heat than their LED counterparts, they are much more likely to set fire to combustible materials like fabric and plastic.

Can a Light Bulb Warm a Room?

Technically, light bulbs are capable of warming up a room; the level at which they do warm up a room will depend on how big the room is and how much heat the light bulb produces.

LED lights may not warm up a room as fast as an incandescent light would. The same can be said about fluorescent lights.

Can a Lightbulb Cause a House Fire?

If not used properly, light bulbs can get too hot and cause a house fire.

For instance, installing a 100-watt incandescent bulb in a 60-watt socket can produce excessive heat, which can eventually lead to the socket burning up and catching fire.

Any flammable material next to this, e.g., a wall, furniture, or documents, can also ignite and exacerbate the flames.

What Temperature Is Normal for LED Light Bulbs? 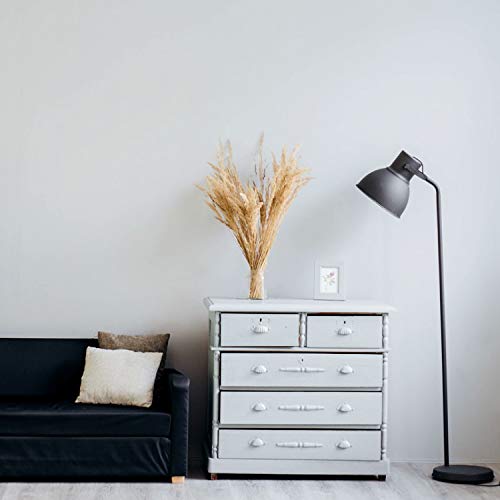 The answer to this question depends on the quality of the LED light you’re using.

Not all manufacturers follow the same blueprint when it comes to building their equipment. Poorly made LED lights will generate more heat than high-quality ones.

LED lights with the best components will produce anywhere between 18 °F–54 °F lower (10 °C–30 °C) than its internal temperature.

How Can I Reduce Heat in an Incandescent Light Bulb?

Incandescent light bulbs have the ability to give spaces a sort of rustic character that so many people enjoy.

This is technically why this light type hasn’t yet been faced out from production. It’s also a much cheaper alternative to other light types — plus it generates relatively high luminosity.

Since incandescent light bulbs tend to get hotter much faster than most light types, it’s best to practice precautions to avoid experiencing house fires.

One way you can do this is by using bulbs with a lower wattage. Instead of using your typical 100-watt bulb, try using a 60-watt bulb.

Since it uses less energy, it will also generate less heat — just make sure that you’re using the right fixtures too.

All You Need to Know

Lumens have no direct relationship to how much heat a light bulb will produce.

However, the amount of energy a light bulb consumes and wastes may influence how warm or hot the light bulb gets over a period of time.

Incandescent lights waste almost 90% of the energy that it consumes, leaving only 10% to turn into light energy.

This is why incandescent light bulbs can become hotter much faster compared to other light types. Furthermore, they may also cause more fires.

Fluorescent lights use around 80% to 90% of the energy it consumes and leaves the other 10% to turn into heat.

They don’t get as hot as incandescent light sources; they are still known to cause skin damage due to mercury leaking through the fluorescent walls,

LED lasts are much more efficient than the other two light sources. It uses up most of the energy it consumes (around 95%) and leaves the rest to transform into heat energy.

This is why LED lights don’t generate as much heat and are safer to use for things like plastic fixtures, paper lampshades, and other sockets.

If you wish to reduce the amount of heat produced by your light bulb, using one with a lower wattage can help.