Over the years, various light source technologies have been used in projectors to cast bright and colorful images.

Although not pioneering tech, lamp projectors are quite the standard. The most recent entrant to projector light technology is laser light.

As the name suggests, it derives luminosity from a laser (light amplification by stimulated emission of radiation) source.

Laser projectors fare better than lamp projectors in pretty much all aspects. They perform admirably, are quick to sleep and wake up, the light source lasts longer, etc.

There, however, are doubts or curiosities about a laser projector’s thermals and energy consumption levels.

We let you in on what’s up with laser projectors in some of those critical aspects in this deep dive. Read on.

Do Laser Projectors Use a Lot of Electricity?

Compared to lamp-based projectors, laser projectors do not use much energy. That’s because they do not display the entire color spectrum at all times, thereby consuming lesser overall power.

Lamp projectors run at full brightness even if the image displayed doesn’t require all that luminance and energy. On the other hand, laser projectors use power based on what’s needed at a given point.

Like LEDs, the laser in a projector must make one color, rendering it more energy-efficient. A laser projector has three lights, individually emitting red, green, and blue lights.

The power consumption level will be the same between a lamp and laser projector if they project a plain white image.

But if it’s a darker visual or a picture with multiple elements, a laser projector will alter its power requirements based on what’s on the screen, reducing energy usage. 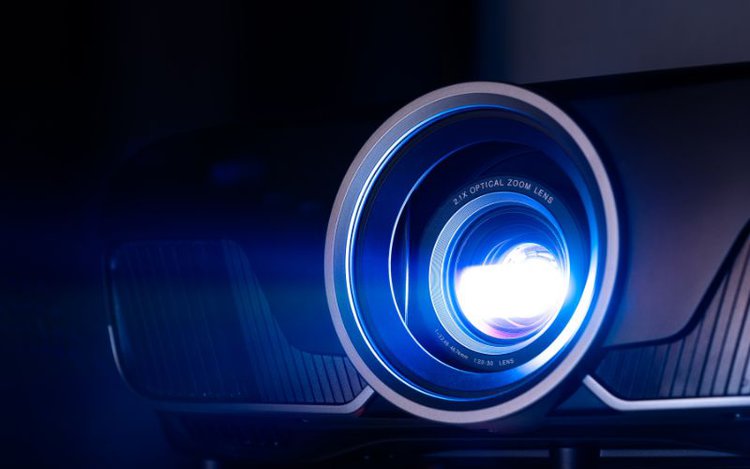 Videos and presentations vary in terms of their brightness requirements, where the concept of adaptive energy consumption comes into play the most.

But because its energy consumption isn’t uniform, its electricity expenditure is lower overall.

May Vary with the Projector Model

Do note that the above figures are not standard across the board. They could vary based on the specific model and its capabilities.

For instance, if the model says 150 watts, the device typically uses 150W of power an hour. Also, a laser projector that can cast a lot bigger visuals than other laser projectors would use more energy.

The wattage numbers are usually labeled on the device or can be found in the product manual. For a live estimation of energy use, use a multimeter as explained in the below video:

How to Measure Watts with a Multimeter

If you’d like to get the exact multimeter shown in the video, here it is:

Does a Laser Projector Use More Energy Than a TV?

Yes, laser projectors require more energy than a TV, despite their variable energy use patterns.

Projectors usually cast larger images than the average TV, which might explain the greater power consumption.

Not to mention, the power use difference between a laser projector and a TV is negligible compared to a lamp projector.

Note that OLED and QLED TVs consume less energy than certain older display types. Plasma TVs, for instance, were quite the power hoggers.

For perspective, a 42-inch Plasma TV consumes 220 watts of power an hour. On the other hand, a same-size LED TV expends only 80 watts.

LED TVs have rated power in the 60 to 150 watts range. The larger the panel, the higher the energy consumption.

And contrary to assumed knowledge, OLEDs aren’t necessarily power sippers. They tend to consume more energy than an LED TV, in fact, as depicted by RTINGS.com here.

Laser projectors get warm during use like any other machine, but they do not get as hot as lamp-based or LED projectors.

Lasers are known for providing an increased light output while generating less heat. The difference in heat creation is more evident when displaying HDR content, which needs high brightness levels for a full effect.

Conventional lamp projectors take time to warm up and cannot be used as soon as they are powered on. You also cannot unplug them as soon as you turn them off. There’s some heat that the projector needs to dissipate with its built-in fan, which requires electricity.

On the other hand, laser projectors take a completely different approach. For starters, they operate at a lower temperature.

They switch on and project at full brightness instantly. Zero cool-down time is required, which means you can switch off the device and disconnect it immediately after use.

That amounts to less energy consumption, resulting in decreased heat output. And as there is no excess light produced (as discussed earlier), a lesser amount of light gets converted to heat.

Generally, a temperature set to 25°C (77°F) or lower is ideal. But don’t set the temperature too low because that could lead to condensation within the projector. 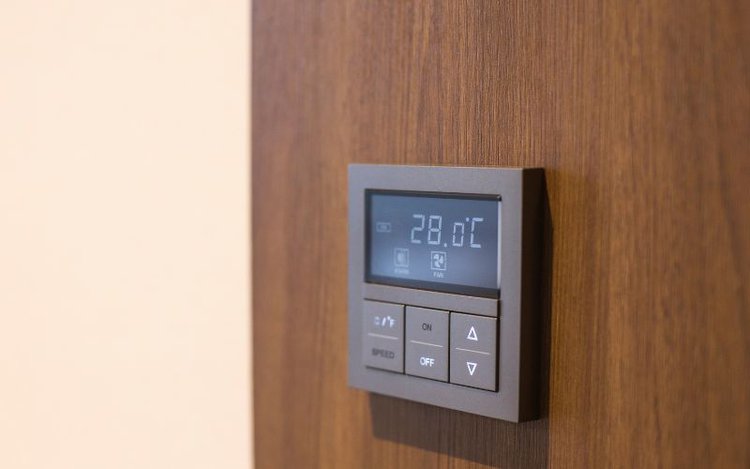 To help themselves, most laser projectors typically employ a full-blown cooling system (air and liquid). And there usually is a temperature control system sensor in some of them.

CRT projectors run the hottest. Lamp-based projectors come in at a relatively distant second. Laser projectors are much more efficient at managing heat.

Heat issues are endemic to all projector types, including laser projectors. There is no projector that doesn’t become warm to the touch during use.

However, some projectors tend to get hotter than average, making projectors with more advanced and energy-efficient lighting tech seem like cool-running devices.

Long before laser projectors became a thing, there were CRT-based projectors. If you remember the CRT TVs of yore, CRT projectors were based on very similar tech.

The LCD, DLP, and LCOS projectors that are commonplace now came only after CRT projectors.

Although the CRT projector paved the way for its successors, it had multiple issues. Excessive heating was one among them.

If you think DLP and LCOS projectors get hot quickly, you will have a horrid time using CRT projectors.

Projectors make noise when they get warm, thanks to the fans spinning to dissipate that heat.

Since laser projectors are a lot more adept at keeping the internal temperature under control, their fans need not roll as much and make their presence felt to the outside world.

That, however, doesn’t imply laser projectors do not produce heat at all. It’s just that they are a lot better at heat management.

If you push the device too hard or pay little to no attention to its surroundings, your laser projector may get unbearably hot too.

If you are worried about lamp projectors generating heat and the deleterious effects on the bulb and other components, a laser projector is a solid alternative.

But laser projectors can’t carry the thermal load all by themselves. They require help from the outside.

In other words, if the room temperature is high and there’s no proper ventilation, your laser projector will let you know what it thinks through increased heat generation.

It may not get as hot as a lamp projector in the same setting, but it will feel noticeably warm nonetheless.