There’s a thrill that comes with buying a new projector.

As you settle in for your first movie, the delight in the atmosphere is almost palpable.

But your joy can quickly be snuffed out if you begin to notice the “rainbow effect.”

“Wait,” you say. “Can this happen with my projector? Do laser projectors get the rainbow effect?”

Let’s find out what the rainbow effect is and which projectors are susceptible to the phenomenon.

What is the Rainbow Effect?

The rainbow effect is a fleeting flash of red, green, and blue colors, which you may see as your eyes move quickly across a display screen.

You may also experience it when you move your eyes from the screen and focus them on something else.

The colors appear as stripes, much like a rainbow, hence the name.

The effect is exclusive to single-chip DLP projectors . Here’s how the rainbow effect comes to be:

Single-chip DLP projectors use a rotating color wheel to display color on a semiconductor chip known as a DMD (or digital micromirror device). 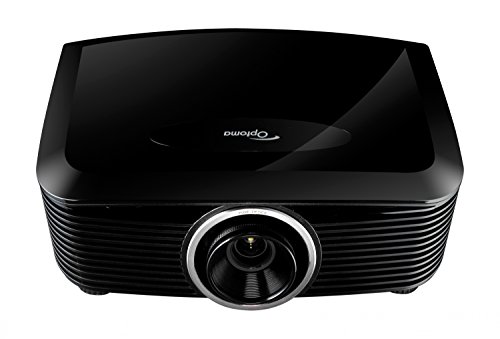 The DMD contains microscopic mirrors, and each mirror corresponds to one or more pixels in the projected image. As the wheel rotates, the color is reflected off these tiny mirrors.

This happens in turn, not all at once, so only one mirror is exposed to light at any given time.

How the mirrors create the image

The mirror then shifts about 10-12 degrees to the OFF position, and the next mirror takes its place in the ON position. The process is repeated, and because the color wheel is rotating, the lamp shines the light on a different color.

The new color goes through the DMD mirror, lens, and onto the screen, where it shows up as another image pixel.

So each DMD mirror projects a different RGB pattern as the wheel moves. As the colors change, they create a complete image, which the projector lens reproduces on the screen.

When the color wheel is spinning fast, the human eye does not see the individual colors. It only sees the image as a whole.

When the color wheel does not rotate fast, the eye will notice each color change as it is displayed.

So as the eye follows the image on the screen, it sees flashes of the different colors as they alternate on the frame.

The effect is most noticeable when bright images appear against a dark background.

The rainbow effect may not be as common in modern DLP projectors. And that’s because the color wheels in use today spin a lot faster than the ones used when DLP technology was first developed.

Samsung says you can reduce the likelihood of suffering the rainbow effect by watching the screen from a suitable distance. Here is a chart with the minimum viewing distance the brand recommends in relation to screen size.

What Are Laser, LED Projectors?

Laser and LED projectors have some similarities. For example, they both use solid-state, lamp-free light sources, and they’re low-maintenance.

Both have fast start-up and shut-down times. So you won’t wait minutes for them to power on or off.

Both run at low temperatures or make lots of noise during use.

However, they are also dissimilar in many ways. You may think, “Well, how different can they be?”

These two have some distinct differences, which could make one type better suited for your needs than the other.

Unlike lamp-based projectors, laser projectors use semiconductor laser beams as their light source.

They either utilize one light source or three. The latter represents the red, green, and blue hues in the RGB color model and makes it possible for the projector to cast a full-color image.

These projectors only output the amount of light required to project the image, so they are highly energy efficient.

Not only that, but they also produce the brightest images out of all projectors, thanks to their high lumen count. Some large-venue models boast 10,000 lumens, and others even 20,000 lumens, like Epson’s Pro L20000UNL.

In addition, lasers can produce any wavelength of light, meaning the projectors support a wide color gamut.

This means that the projector can reproduce most (if not all) of the colors from the original picture.

Lastly, laser projectors have a long lifespan, measured in terms of light source life. On average, they are expected to last at least 20,000 hours. Some manufacturers peg their projectors’ lifespan at 30,000 hours . 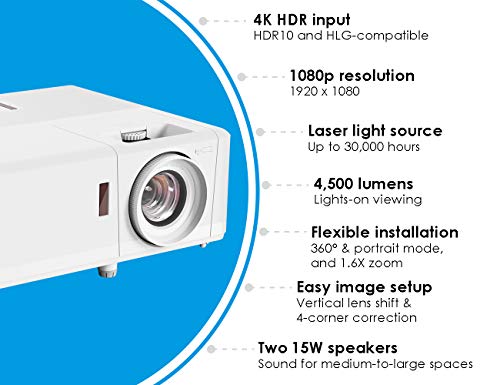 In case you’re wondering, the lifespan is the projector’s total runtime, not the time duration from when you first use the device up to when it stops working.

Let’s say your laser projector has a lifespan of 20,000 hours, and you use it three days a week for three hours each day.

Every week you use the projector, you’ll use up 9 hours of the light source life.

In one year, you’ll have used only 468 light source hours. So it will take you decades to exhaust the projector’s life if you maintain the same frequency of use. 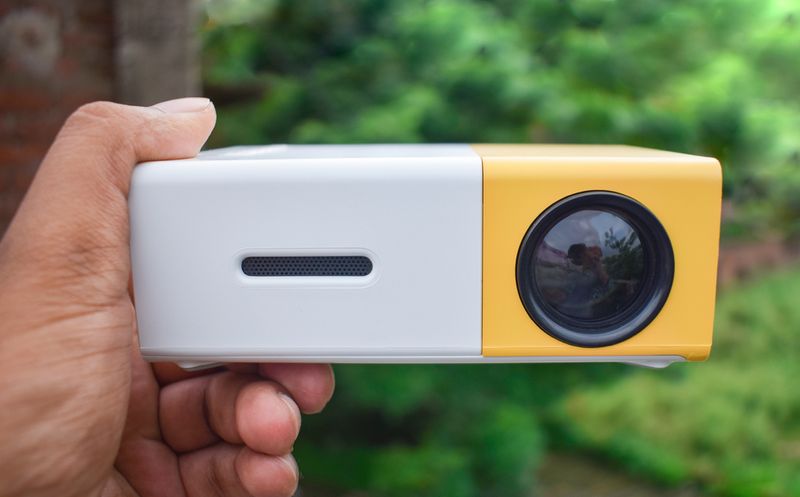 LED projectors use semiconductor light-emitting diodes as their source of light.

The light engine comprises red, green, and blue LED elements. And together, they translate the colors of a projected object into a full-color image.

One of the main advantages of LED projectors is that they have a higher color fidelity than other types of projectors. And so the colors they reproduce are so accurate that they make the image as vivid as the original.

Their biggest downside is that they are not as bright as laser projectors. Many of them have a maximum of 3,000-4,000 lumens , limiting their brightness and, hence, the environments you can use them in.

Like laser projectors, LED projectors are durable. Today, many LED elements have a lifespan of 20,000 hours, which is a great value even for frequent users.

The rainbow effect is only prevalent on projectors using single-chip DLP projection technology. 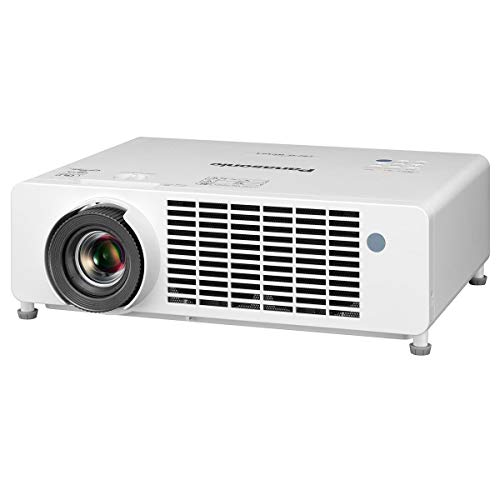 And so, laser or LED projectors that use a single DLP chip to project images can suffer the rainbow effect.

You’re thinking, “Hold on, are you implying that these are laser- or LED-based DLP projectors?”

When talking about projectors, we have to look at the two complementary systems working to make the projector whole:

The light source helps beam the image onto the lens.

The projection system then takes over and sends the image to the screen.

The confusion stems from people using light sources and projection technology to categorize the types of projectors available.

So it comes across as though light sources like laser or LED are one type of projector, and projection technologies like DLP are another, while in reality, both are unrelated.

We have three major projection systems:

Only single-chip DLP technology produces the rainbow effect because it uses a spinning wheel to display color.

Unlike single-chip DLP, three-chip DLP technology does not use a color wheel. Instead, it splits light into the three primary colors using a prism, then sends each color to a separate DMD chip.

LCD and LCoS do not use a color wheel, so they don’t produce the rainbow effect.

Any laser-based or LED-based projector that uses three-chip DLP, LCD , or LCoS projector technology will not have the rainbow effect. 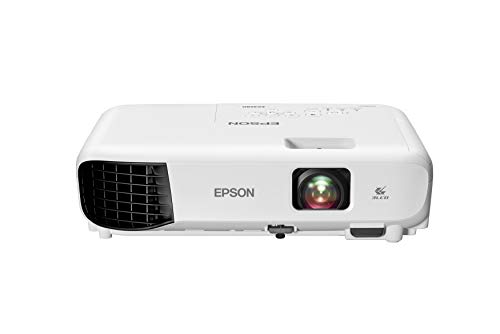 On the other hand, laser and LED projectors using three-chip DLP, LCD, or LCoS projector technology do not produce the rainbow effect.

Not everyone notices the rainbow effect. But you can minimize your likelihood of seeing these sudden color flashes by observing the recommended viewing distance for your screen.